What Is Stablecoin and How Will the U.S. Regulate It? 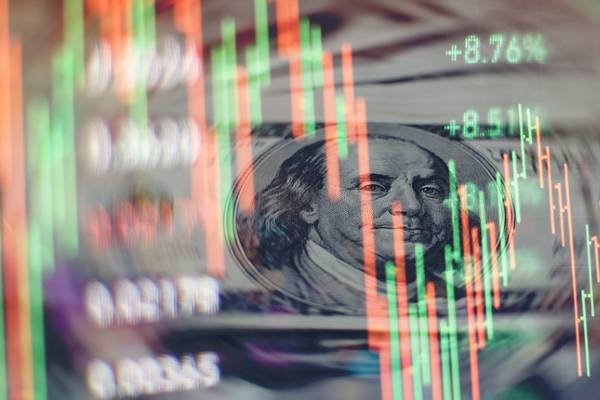 El Salvador made news in June 2021 when it elected to adopt Bitcoin as legal tender alongside the U.S. dollar. Few countries are ready to make such a move. Cryptocurrency is considered too speculative to be considered legal tender, because its value is determined by investors trading in the open market.

However, the U.S. is slowly moving toward the use of stablecoin for certain types of payments. Stablecoin is a digital currency, but its value is pegged to a conventional currency such as the dollar. It offers many of the benefits with less of the risk of other forms of cryptocurrency.

Economists say that stablecoin could make it cheaper, easier, faster, and safer for businesses to accept payments. Stablecoin could foster trade by facilitating inter-government transfers, and streamline government payments to individuals. For consumers, it could offer a simple and secure electronic payment system, particularly for the 7.1 million American households that have no bank accounts.

At the same time, U.S. government officials are concerned about the potential risks if stablecoin is not properly regulated. In light of that, the President’s Working Group on Financial Markets (PWG), joined by the Federal Deposit Insurance Corporation (FDIC) and the Office of the Comptroller of the Currency (OCC), completed a study on stablecoin and released a report on November 1, 2021. The report recommends that Congress move quickly to enact legislation that ensures consumer and investor protections and addresses the potential for illicit activities.

Stablecoins are created in exchange for traditional currency, and buyers generally expect that stablecoins can be redeemed on demand for face value. Today, the stablecoin market is dominated by three large issuers and has a market capitalization in excess of $127 billion. That represents a 495% increase over the preceding 12 months.

However, there is no requirement that stablecoin issuers maintain adequate reserve assets to cover redemption demands. Some hold assets in federally insured institutions or U.S. Treasury bills, but others rely on corporate and municipal bonds, unsecured corporate promissory notes, and even other digital currencies. Additionally, there are no standards for redemption rights. Stablecoin agreements may permit the issuer to delay or even suspend redemptions.

When someone purchases cryptocurrency, they need to store it in a digital wallet. A digital wallet is an app, website, or device that provides proof of cryptocurrency holdings. Stablecoin agreements typically allow for transfers between participants using the same wallet provider, or recording transactions on digital ledgers among users of different wallet providers. In some arrangements, individuals may also hold and exchange stablecoins without a third-party wallet provider. There is little governmental oversight of this process.

By comparison, traditional electronic payments such as credit and debit cards and automated clearing house (ACH) transfers require the involvement of a regulated financial institution. These institutions maintain ledgers that are compared to other ledgers within the banking system. They must follow state and federal regulations governing the risk of error or fraud and limiting consumers’ liability for unauthorized transactions.

Risks and Challenges of Stablecoin

In addition to these risks, the PWG report is concerned with the rapid growth of stablecoin markets. This could lead to the concentration of economic power in a handful of early market participants, which could limit access to services and create an anti-competitive environment. Additionally, the failure of just one entity could affect the financial stability of the market as a whole, and breakdowns of information systems or operational processes could disrupt transactions.

The report touches on the interrelationship between stablecoins and other cryptocurrency products, digital asset trading platforms, and electronic ledger systems (decentralized finance or DeFi). Entities dealing in cryptocurrency often have significant stablecoin holdings and may track customers’ stablecoins in the same wallets as other digital assets. This secondary market activity brings considerable risks, such as misleading disclosures, manipulative activities, fraud, money laundering, and the funding of terrorism or other criminal activities.

Currently, there is no regulatory framework that addresses these risks, which could implicate a wide range of laws and span the jurisdictions of multiple state and federal agencies. Considering that, the report recommends that Congress “act promptly to ensure that payment stablecoins are subject to appropriate federal prudential oversight on a consistent and comprehensive basis.” Any legislation should be flexible enough to address technological developments and emerging risks.

Three members of the House of Representatives introduced legislation on November 30, 2020. The Stablecoin Tethering and Bank Licensing Enforcement (STABLE) Act would require stablecoin issuers to have a banking charter, be FDIC-insured, and maintain adequate reserves. It would also require that any individual or entity seeking to provide stablecoin products or services receive approval from the FDIC, Federal Reserve, and other appropriate agencies, and follow applicable regulations. The STABLE Act hinges on the fact that Article I, Section 8, Clause 5 of the U.S. Constitution gives Congress the power “to coin money” and “regulate the value thereof.” Additionally, the Federal Reserve Act, Banking Act, and Federal Deposit Insurance Act give the federal government extensive control over deposits and related instruments.

Stablecoin issuers have pushed back against the bill, arguing that the regulatory burden would increase costs and stifle innovation. This could potentially limit access to services by the least profitable customers—low- and moderate-income consumers who potentially have the most to gain from stablecoin. The lawmakers who proposed the bill view stablecoin as a means of meeting the financial services needs of these consumers, but they are concerned about bad actors exploiting the cryptocurrency.

Meanwhile, banks have been experimenting with stablecoin on a limited basis, and the OCC concluded in a recent interpretive letter that national banks and federal savings associations may use stablecoin for payment activities and other functions. U.S. regulators are acknowledging that stablecoin can be a viable payment option if proper controls are in place.

There’s a growing need for legal professionals who understand complex technology matters. If you want to gain advanced knowledge of the law as it relates to technology, learn more about the Executive Juris Doctor/Law and Technology Track offered by Concord Law School at Purdue University Global. This degree is for those who wish to develop legal expertise but do not intend to become a practicing attorney.*

Single courses in technology and the law are also available. If you wish to become an attorney licensed in California, consider our online Juris Doctor program.†

†Study at, or graduation from, this law school may not qualify a student to take the bar examination or be admitted to practice law in jurisdictions other than California. A student who intends to seek admission to practice law outside of California should contact the admitting authority in that jurisdiction for information regarding its education and admission requirements.