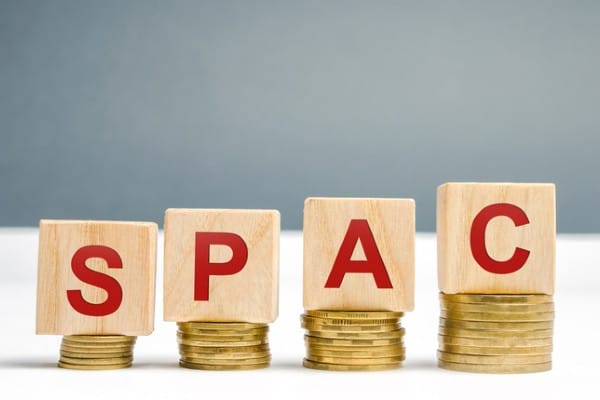 On March 30, 2022, the U.S. Securities Exchange Commission (SEC) proposed rules regulating special purpose acquisition companies (SPACs) — publicly traded shell companies that are formed for the sole purpose of acquiring or merging with another company. Also known as “blank check companies,” SPACs saw a flurry of activity in 2021, with more than 600 coming to market. So many celebrities were investing in SPACs that the SEC issued an alert warning people not to make investments based on celebrity involvement.

However, most of the companies that SPACs merged with and brought to market have performed poorly, and investors are increasingly leery of the rosy financial projections presented by SPAC promoters. The SEC has taken notice and seeks greater regulatory oversight of these entities.

The SEC’s proposed rule changes would put SPAC disclosure requirements more in line with traditional initial public offerings (IPOs). The goal is to ensure that SPAC investors have a clearer picture of the risks as well as benefits so they can make more informed decisions.

What Is a Special Purpose Acquisition Company and How Does It Work?

SPACs are shell companies that have no tangible assets or commercial operations but raise money through an IPO to fund an acquisition or merger. The money raised in the IPO is placed in an interest-bearing trust account and can only be used to complete the acquisition. Generally, however, the SPAC has 18 to 24 months to identify and acquire target companies. If the SPAC is liquidated, the funds must be returned to investors.

Once the acquisition is complete, the entity is reorganized around the acquired company in a de-SPAC transaction. The SPAC must issue detailed statements for the SEC to review and the SPAC’s shareholders must approve of the merger. The process can be completed in as little as 6 to 8 weeks, depending on the length of the SEC review.

If the merger is approved, the acquired company has access to the IPO funds and is publicly traded. The acquired company has obtained capital via the equity markets without completing a traditional IPO, which is more time-consuming, complex, and expensive. Traditional IPOs also have greater disclosure requirements, which can be difficult for startups with short operating histories.

The SEC’s proposed rules would increase the disclosure and financial statement requirements for SPACs. SPACs would have to disclose the roles, responsibilities, and experience of SPAC sponsors, the amount and nature of their compensation, and any conflicts of interest. Any agreements or understandings related to the de-SPAC transactions and redemption of securities would also have to be disclosed. In addition, the disclosure would have to include a discussion of the potential benefits to the SPAC sponsors, the risks and benefits to investors, and the fairness of the de-SPAC transaction to public shareholders.

Furthermore, the SEC seeks to treat de-SPAC transactions more like IPOs, limiting some of the benefits for the acquired entity. The private company would have to co-register with the SEC for the de-SPAC transaction, extending potential liability for material misstatements or omissions to the acquired company and its principals.

SPACs are often called “blank check companies” because investors don’t know what entity will be acquired. However, they don’t meet the statutory definition under Rule 3a51-1 of the Securities Exchange Act, which refers to issuing “penny stocks.” The proposed rules would amend that definition to include SPACs, eliminating their safe harbor protections and limiting liability for forward-looking statements under the Private Securities Litigation Reform Act (PSLRA).

The SEC has proposed these rule changes to better protect investors against SPACs that may be overhyped. According to a report from Renaissance Capital, companies that went public via a SPAC merger in the first half of 2022 averaged a negative 46% rate of return. Overall, de-SPAC transactions performed worse than traditional IPOs, with only 15% trading above the offer price.

SPACs also have downsides for acquired companies. Shareholders can redeem their shares before the de-SPAC transaction, draining the trust fund and putting the merger at risk. Even if the deal goes through, it may not raise as much money as expected. The newly public entity has the overhead cost of preparing financial statements, and executive compensation becomes subject to the scrutiny of investors.

SPACs have existed since the early 1990s but only recently have surged in popularity. Although SPAC filings have declined dramatically since their peak in March 2021, the SEC believes that increased regulatory oversight is necessary. The SEC’s proposed rule changes would give SPAC investors many of the protections that come with traditional IPOs.

Concord Law School can help you stay up to date on the latest legal developments affecting U.S. businesses.