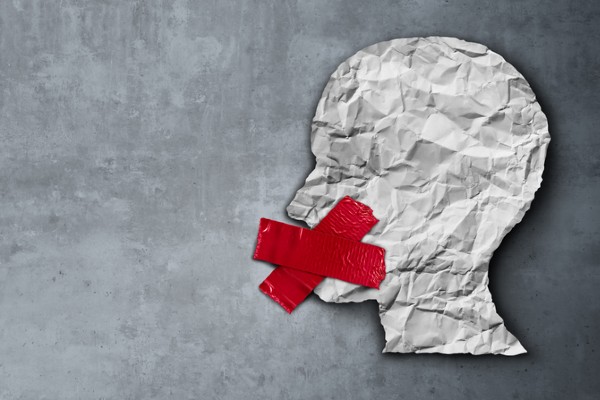 In Mahanoy Area Sch. Dist. v. B.L., the United States Supreme Court ruled that a public school violated a high school cheerleader’s First Amendment rights when it disciplined her for a series of weekend Snapchat posts that contained vulgar language about school and cheerleading. The decision places limits on the ability of public schools to restrict some off-campus speech and it makes clear that a school’s authority to restrict such speech is not the same as its authority to restrict speech that occurs in school.

In general, student speech in public schools has less protection than speech by adults in the community at large. That’s because of what the Supreme Court has referred to as the “special characteristics of the school environment,” which include the obligations to teach students socially acceptable behavior and to provide them with a safe educational environment.

As noted in the table below, the Supreme Court has developed specific legal standards that apply to student speech that occurs in the school environment. The primary case is Tinker v. Des Moines, where the Supreme Court ruled that a school could not discipline students for wearing black arm bands to protest the Vietnam War unless it had some reasonable expectation that the expression would substantially disrupt school activities, or impinge upon the rights of others. There was no such finding in the case, so the school could not discipline the students. The other three cases are all essentially exceptions to Tinker, or situations where the substantial disruption standard does not have to be met in order for the school to restrict the speech, as long as other requirements are met (i.e., the speech is lewd, or school sponsored, or involves illegal drug use).

These Supreme Court legal standards are all based on situations where the student speech occurred at school or at a school-sponsored event. Lower courts have not been uniform on how to apply these standards to speech that occurred off-campus.

In Mahoney Area Sch. Dist. v. B.L., the lower court ruled that these student speech standards did not apply to the cheerleader’s Snapchat posts because they occurred outside of the school environment. As a result, the lower court ruled that the school violated the student’s First Amendment rights by disciplining the cheerleader. One of the big questions leading up to the Supreme Court’s decision was whether the Court would agree.

What Did the Court Say?

The Supreme Court agreed with the lower court’s conclusion that the school violated the cheerleader’s First Amendment rights, but did not agree with the court’s reasoning that the student speech standards do not apply to off-campus speech. Instead, the Court noted that the “special characteristics” that warranted “leeway” when regulating student speech at school could still exist for some off-campus speech.

The Court noted a number of situations where a school’s interests in restricting off-campus student speech remained significant. These include:

The Court also stated that this list was not exhaustive and noted that with the “advent of computer-based learning,” it was not going to determine “which of many” off-campus activities belong on such a list.

The Court noted three features of off-campus student speech that would “often, even if not always,” diminish the strength of the “unique educational characteristics” that allow schools leeway to restrict speech under the First Amendment:

The Court noted that the school’s primary interests in this case were in prohibiting students from using vulgar language to criticize a school team or its coaches and in preventing substantial disruptions as a result of such speech. The Court said that the school’s interest in punishing vulgar speech was weakened considerably by the fact that the student spoke outside of school on her own time and the school was not standing in loco parentis. It also found that the facts did not establish a substantial disruption under Tinker, so that standard was not met.

Justice Alito issued a concurring opinion stating that while the First Amendment permits schools to restrict some off-campus student speech, the authority to do so is more limited than it is for on-campus speech because school officials are not acting in loco parentis. The opinion also states that a school’s ability to regulate off-campus speech should depend on the nature of the speech and the circumstances under which it occurs and it provides a spectrum of situations to illustrate where speech can and cannot be regulated by schools.

What Does It All Mean?

Pulling this all together, it means that lower courts will have to address off-campus speech on a case-by-case basis going forward and assess whether the school’s interests are sufficient enough to outweigh the student’s interest in expressing the speech at issue.

Cases that involve the four situations that the Court noted could give a school a “significant interest” in regulating off-campus speech, and other comparable situations, will likely be areas where schools can discipline students or restrict off-campus speech under the First Amendment. Lower courts will have to determine the role that Tinker plays in that analysis.

It is important to note that the cheerleader’s speech did not involve any of these significant interests, which is one of the primary reasons why the Court found that the school’s interests in regulating the speech were not sufficient to overcome the cheerleader’s interest in free expression.

Since the Court noted that a school’s interest in teaching socially acceptable behavior was diminished for off-campus speech and not sufficient to discipline the student in this case, schools will generally not be able to restrict or punish students for off-campus speech simply because it is vulgar or offensive. Note that this may be different if the vulgar or offensive speech is directed at a school official or at a fellow student as that could trigger one of the “significant interests” noted by the Court. The cheerleader’s speech was not so directed, which is one of the reasons why the Court found that she could not be disciplined under the First Amendment.

Learn More About the 1st Amendment in Schools

The Court’s decision answers some questions and gives schools, parents, and students some guidance on a school’s ability to restrict off-campus speech. It also leaves some questions unanswered that lower courts will have to address going forward.

Learn more about such legal matters at Concord Law School. The nation’s first fully online law school, we offer an online Juris Doctor for those who wish to become an attorney licensed in California, and an online Executive Juris Doctor for those who wish to further their career by earning an advanced legal education but do not intend to become a practicing attorney. Single courses in the law are also available.

Scott F. Johnson is a professor of law at Concord Law School at Purdue University Global, where he develops and teaches a number of courses including Constitutional Law and Education Law. He has written a number of books and articles in the education law area, including Education Law: A Problem-Based Approach, 4th Edition, Carolina Academic Press (2019), and Special Education Law, 6th Edition, Sage Publications (2020). His scholarship includes articles on the First Amendment in public schools and interactive computer based lessons on Student Speech and Freedom of Speech for Public School Employees for the Center for Computer-Assisted Legal Instruction (CALI).