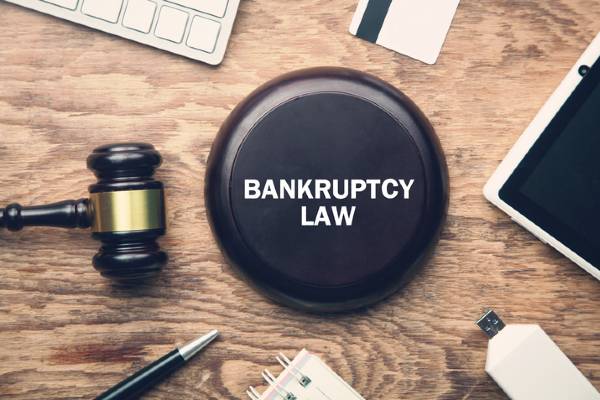 Bankruptcy law seldom becomes news. However, the Purdue Pharma bankruptcy thrust into the spotlight a little-known loophole in the bankruptcy code. Members of the Sackler family took advantage of that loophole to shield themselves from liability in hundreds of lawsuits related to the opioid crisis.

As owners of Purdue Pharma (no relation to Purdue University), members of the Sackler family were individually named along with the company in lawsuits related to the production, marketing, and sale of OxyContin. Purdue Pharma filed for bankruptcy. Members of the Sackler family did not. However, they used the loophole to obtain a settlement releasing them from all current and future litigation.

Some members of Congress hope to close the loophole. Rep. Carolyn Maloney (D-NY), Chairwoman of the Committee of Oversight and Reform, and Rep. Mark DeSaulnier (D-CA), senior committee member, introduced the Stop Shielding Assets From Corporate Known Liability by Eliminating Nondebtor Releases (SACKLER) Act in March 2021. The Act would amend Section 105(b) of the Bankruptcy Code to prohibit courts from enjoining or releasing a claim by a governmental entity against nondebtors such as the Sacklers without the claimant’s consent.

On July 28, 2021, members of Congress introduced bicameral legislation that would extend the SACKLER Act to lawsuits filed by individuals. The Nondebtor Release Prohibition Act would virtually eliminate nonconsensual nondebtor releases in bankruptcy cases. This act targets the bankruptcies of USA Gymnastics, Boy Scouts of America, and others that have been sued by victims of sexual assault.

Cost of the Opioid Crisis

In the late 1990s, Purdue Pharma and other pharmaceutical companies urged health care providers to prescribe opioids at greater rates, reassuring them that patients would not become addicted. However, these medications can be highly addictive, and many patients began misusing prescription opioids. By 2015, more than 90 people were dying every day due to opioid overdoses, and the Department of Health and Human Services (HHS) declared a health emergency.

HHS data shows that 48,006 people died in 2019 due to synthetic opioid overdose out of about 70,630 overdose deaths overall. The Centers for Disease Control and Prevention estimates that misuse of prescription opioids costs the U.S. more than $78 billion annually, including treatment, lost productivity, and law enforcement involvement.

The crisis prompted the filing of more than 3,000 lawsuits by the federal government, states, municipalities, tribal governments, health care organizations, and others seeking to recoup these costs. In addition to Purdue Pharma, other pharmaceutical companies, distributors, and retail pharmacy chains have been the targets of litigation. Many of these companies have entered into settlement agreements, with Purdue Pharma's being among the largest.

Purdue Pharma filed bankruptcy in the U.S. Bankruptcy Court for the Southern District of New York in September 2019 as part of a settlement agreement with 23 states and about 2,000 local governments. Under that plan, the company would have paid about $10 billion, with the Sackler family responsible for about $3 billion.

When the bankruptcy petition was filed, Section 362 of the Bankruptcy Code provided for an automatic stay of civil lawsuits and other actions against Purdue Pharma. This provision allows the bankruptcy court to dispose of the debtor’s property free and clear of third-party interests and to direct the proceeds to the settlement of claims.

Generally, the automatic stay does not extend to actions against nondebtors such as the Sacklers. However, Section 105(a) gives the court the power to “issue any order, process, or judgment that is necessary or appropriate” to the bankruptcy proceedings. The Second, Fourth, and Seventh Circuits have invoked that power to stay actions against nondebtors where failure to do so would adversely affect the bankruptcy estate, and have held that the reorganization plan may release nondebtors from liability.

A group of state attorneys general (AGs) objected to the plan for reorganizing Purdue Pharma and creating a trust funded in part by future sales of OxyContin. The AGs also believed that the Sacklers were not contributing enough to the settlement.

The parties negotiated a new settlement in which Purdue Pharma will be dissolved and replaced by a new charity-oriented company with a board of directors appointed by public officials. The company will produce strictly controlled amounts of OxyContin, with any profits going to drug abuse prevention and treatment programs. A victims's compensation fund will also be established.

The Sacklers agreed to pay about $4.2 billion from their estimated $10.8 billion fortune over 9 years plus compensation to victims and their families. They are prohibited from engaging in the opioid business. More than 30 million documents regarding the marketing, sales, and distribution of opioids will be made public, including documents that would otherwise have been protected by attorney-client privilege.

A sticking point in the negotiations was the Sacklers’ demand to be released from all other liability. However, most of the parties reached a mediated agreement in July 2021 that would increase the Sacklers’ settlement payment by $50 million and shield them from any current or future opioid-related lawsuits. The bankruptcy judge conditionally approved the settlement on September 1, 2021. Without the release from liability, the Sacklers may not have agreed to contribute $4.2 billion to the plan, money that constitutes a significant benefit to state and local governments, victims, and their families.

The states agreed to the release from liability to get the money flowing into their communities. The Sacklers argued that litigation could continue for years, consuming the company's and the family's assets in legal fees. However, the settlement rankled many officials and victims' families.

The SACKLER Act would close the bankruptcy loophole with regard to any action by a "State, municipality, federally recognized Tribe, or the United States." The bankruptcy court could stay actions against a nondebtor for up to 90 days, but could not release nondebtors from any such claim.

The bill’s sponsors had hoped to get it passed before the Purdue Pharma bankruptcy case concluded, but it has not proceeded past the House Oversight Committee. While the bill has bipartisan support, some Republicans on the committee have said Congress should focus on stopping synthetic opioids from coming into the U.S. from Mexico.

The Nondebtor Release Prohibition Act has not made it past the introductory stages. If passed, however, it would fully close the loophole and prevent bankruptcy courts from dismissing claims made by victims of wrongdoing.

If you're interested in a legal education, visit Concord Law School. Accredited by the Committee of Bar Examiners of the State Bar of California, we offer two online legal degrees:

Single courses in technology and the law are also available.