How Pro-Defendant Defamation Law Empowered the #MeToo Movement in the U.S. 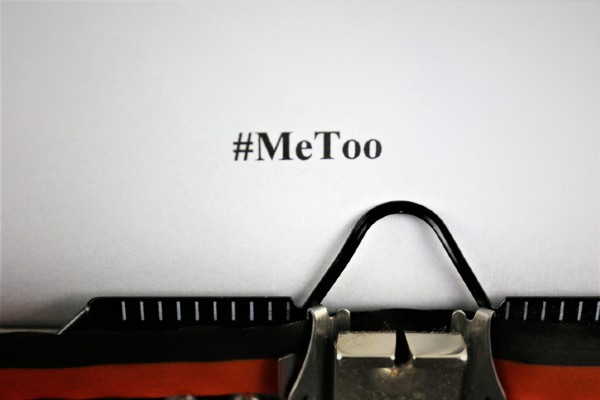 While the #MeToo movement in the United States has resulted in an upset of numerous prominent leaders in government and industry, there has been a relative lack of results overseas. This is in part because of the effect of defamation law abroad. This article explores the defendant-friendly defamation laws in the United States and juxtaposes them with the laws of other nations.

As some in power call for a change in the way defamation lawsuits proceed,1 this article seeks to demonstrate how defendant-friendly defamation law is an important tool for accountability. This is accomplished through a comparative analysis of U.S. jurisprudence with three other nations who have seen significant lawsuits as a result of #MeToo and allied movements.

In brief, the United States enjoys a pro-speech and pro-defendant environment when it comes to defamation.2 The United States is an exception to the rule among the majority of countries that are largely pro-reputation and pro-plaintiff.3 The #MeToo movement has resulted in hundreds of individuals removed from positions of power due to allegations of sexual misconduct in the United States, but abroad it has resulted in several successful defamation lawsuits by powerful individuals. While most scholars view U.S. defamation law as firmly entrenched,4 it is important to reassert, from time to time, the importance of truth to power.5

A Brief History of #MeToo

While the revolution of the trending hashtag is of a more recent vintage, the use of the term “Me Too” can find an origin in an activist on the MySpace social network as far back as 2006.6 Tarana Burke’s use of the term merely began as an effort to create an environment of solidarity and empathy with sexual abuse survivors. The modern movement arose more than a decade later, the term reappearing by way of a tweet written by actress Alyssa Milano in 2017 on behalf of an anonymous friend. “If you’ve been sexually harassed or assaulted write ‘me too’ as a reply to this tweet.”7 Milano was quick to give credit to Burke’s earlier work.8

Within 25 hours of Milano’s tweet, Twitter users made more than 12 million references to #MeToo.9 At the time of this writing, the initial tweet has been liked more than 51,000 times and retweeted more than 27,000 times.10 In less than three years, the viral success of the #MeToo movement has resulted in more than 260 people in positions of power being accused of sexual misconduct.11 More than 200 of these individuals have been fired, demoted, or seen significant loss in celebrity status as a result.12 The movement has spared no sector.13 A few notable examples of this include media hosts Matt Lauer and Bill O'Reilly, politicians Roy Moore and Al Franken, and entertainment executive Harvey Weinstein.14 Moreover, there have been several notable indictments or convictions, including the aforementioned Weinstein.15

The movement has spread to numerous other countries as well. However, while only a few defamation lawsuits have been filed by actors and officials accused of misconduct in the U.S., in other countries the movement has led to “an asphyxiating vortex of litigation.”16 This article seeks to explain this contrast through a comparative analysis of defamation law in four countries affected by the #MeToo movement: the United States, Australia, France, and India. These nations have been chosen because of ongoing litigation by accused abusers in the respective national equivalents of #MeToo. This creates a backdrop for explaining the significantly different results between U.S. defamation law and other countries and the resulting impact on the #MeToo movement.

Defamation Law in the United States

Prior to the American civil rights movement, U.S. defamation law was nearly identical to that of English Common Law.17 As with many aspects of American jurisprudence, courts preferred to use some 600 years of tradition rather than creating a legal system from scratch. At that time, defamation was largely a strict liability offense in a world where “[w]hatever a man publishes, he publishes at his peril.”18 But whatever common history the two legal traditions share, a distinctly American tradition was established with New York Times v. Sullivan in 1964.19

While both English law and U.S. law accept truth or substantial truth as defenses against defamation lawsuits, they differ in the burden of proving truth. In English law, a statement is presumed false, putting the burden on the defendant to prove something is true, while in U.S. law, a statement is presumed true, flipping the burden of proof.20 In addition to the falsity of the statements in question, under American law, at least for public officials and public figures, the plaintiff must prove “actual malice.”21 Actual malice was defined in Sullivan as “with knowledge that it was false or with reckless disregard of whether it was false or not.”22 The term "actual malice" finds no comparable means of jurisprudence in other countries.

This uphill battle for a plaintiff in a U.S. defamation lawsuit has meant that very few defamation lawsuits stemming from the #MeToo movement will be successful. This is not necessarily the case in other countries.

Like the United States, Australia adopted English legal tradition upon its independence in 1901.23 And as with their American cousins, Australians broke with the British common law tradition and developed their own body of law on the subject of defamation. Despite this shift, Australian law still maintains that the defendant bears the burden of proving that something is true.24

There has already been one casualty of the #MeToo movement in the context of Australia’s defamation law. Australian actor Geoffrey Rush was awarded a judgement of $608,000 USD in a case where the Daily Telegraph “had not proved that the articles were substantially true."25 While Rush apologists might note the “tabloid” quality of journalism provided by the Daily Telegraph, in the same time, at least one of Rush’s accusers and former costar has indicated she was “terrified” to come forward as a witness to Rush’s alleged behavior in the Daily Telegraph lawsuit because of Australia’s plaintiff-friendly history.26

While Australia, the United States, and the UK have largely common law systems, France’s code-based system takes much of the power away from juries and judges. The rules for complaints and defenses of defamation were laid out in the Law on the Freedom of the Press of 29 July 1881.27 At the time of its passage, the law liberalized a Byzantine system with hundreds of competing clauses on the subject.28 However, in the 139 years since, the law has remained unchanged, including the requirement that the defendant bears the burden of proof that an alleged defamatory statement was true.29 The one positive note for civil liberties is that the limits on civil sanction have been codified. Claimants rarely get more than $11,000 USD (€10,000), and symbolic awards for $1 are commonplace.30

The result of this burden of proof is undeniable, as the founder of the French #MeToo movement has been the subject of a successful defamation lawsuit. The French equivalent of #MeToo is #BalanceTonPorc, translated in English as “#ExposeYourPig.”31 The movement’s founder, journalist Sandra Muller, named her alleged abuser, media executive Eric Brion, and recounted specific instances of harassment by Brion.32 However, given the time lapse between the alleged events and the rise of #MeToo, proving the truth of her statements was virtually impossible and Brion prevailed in court. Muller was ordered to pay $16,500 in damages to Brion and an additional $5,500 in legal fees.33

India lacks any formal written law as it relates to civil defamation, but its judicially created common law system retains the burden of proving a statement as true on the defendant.34 Furthermore, India has implemented draconian criminal defamation laws that may subject offenders up to two years in prison in addition to fines.35 Historically, taking a criminal defamation case through to a conviction is rare in India.36 However, members of the government as well as major industrialists have used defamation laws as a method of harassing critical journalists.37 For example, in 2004, the Tamil Nadu government filed more than 100 instances of criminal defamation against The Hindu.38 The charges were conveniently withdrawn when The Hindu filed a petition with the Indian Supreme Court on the need for reform regarding journalistic freedom.39

In the context of #MeToo, there has been at least one casualty resulting from India’s defamation law’s misplaced burden of proof. While working as a journalist for Vogue Magazine, Priya Ramani was writing about Indian employers and their inappropriate sexual advances in an Indian analog of #MeToo.40 In her writing, she recounted her own experience with a former media executive turned member of parliament, MJ Akbar. Though she did not name him in her writing, it was fairly clear from the timing of her employment whom she was referencing. There was a wave of similar accusations and, after a resignation from parliament, Akbar sought a charge of criminal defamation.41 Ramani is currently out on bail for 10,000 rupees (approximately $200 USD).42 As noted, criminal defamation is primarily used to harass and silence victims.

The U.S. requirement that the plaintiff prove falsity rather than a defendant prove truth in a defamation lawsuit has in part helped incubate the early stages of the #MeToo movement. Conversely, the burden of proof abroad has blunted attempts for the movement to be successful elsewhere. Criminal sanction, fines, and draconian legal fees have a chilling effect on victims who desire to speak out against past abuses by those in power. Numerous roadblocks hinder coming forward about perpetrators. In the U.S., this one impediment is absent.

To learn more about defamation and other current events in law, find out more about Concord Law School.