What Are the Requirements to Get Into Law School? 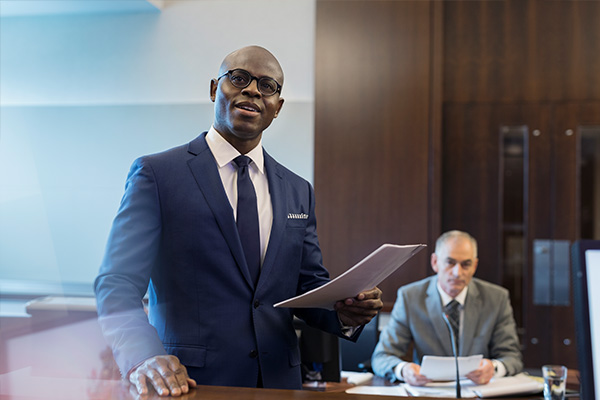 If you’re thinking about enrolling in law school and becoming a lawyer, you probably want to know the most important law school requirements—and what you can do to give yourself a leg up in the admissions game.

What Does It Take to Get Into Law School?

Because the Juris Doctor is a postgraduate degree, law schools generally require that you have completed (or be on track to complete) a 4-year bachelor’s degree. There are no prerequisite courses for prospective law students, though your degree must come from an accredited institution and your undergraduate GPA will be scrutinized. If you earned your undergraduate degree outside the United States, you should check with individual law schools regarding their policies.

It shouldn’t come as a surprise that undergraduate grade point average (GPA) is a key indicator law schools consider when evaluating applicants. Law schools are notoriously concerned with their own prestige, and the GPA (along with LSAT scores—see below) of the students they enroll is a significant factor in their U.S. News & World Report rankings.

What Is the Best Undergraduate Degree for Law School?

College students interested in law school often ask if they should major in political science or other pre-law fields, either to make themselves more law school ready or to impress admissions officials. While doing so likely won’t hurt, it won’t provide a big advantage. In fact, some studies have shown that students who majored in math, engineering, or science may do better in law school, perhaps because of the rigorous training in logic they received. Law is a highly interdisciplinary field, drawing on sociology, economics, linguistics, history, and more. Many different academic backgrounds may provide a good foundation for law school.

The bottom line: there really is no best major for law school. Study something that interests you and you think you’ll do well in, and don’t worry about the major that “looks” good.

The LSAT is a standardized half-day test administered four times per year at various testing locations throughout the country (and beyond). It consists of 175 multiple choice questions designed to test your reading comprehension and reasoning and analytical skills, as well as a writing component. No prior knowledge of the law is required. Scaled scores range from 120 to 180, with an average of 150. The more selective the school you want to attend, the higher your score would likely need to be.

Historically, your LSAT score, along with your GPA, would be far and away the most important factor that most law schools would consider. However, some law schools are starting to consider alternatives to the LSAT.

In February 2016, the University of Arizona College of Law made headlines when it announced that it would consider applicants who had taken the Graduate Records Examination (GRE), the admissions test for various graduate programs, in lieu of the LSAT. A year later, Harvard Law School announced that it, too, would accept applicants based on their GRE scores. Today, roughly 1 in 4 American Bar Association (ABA) approved law schools accept the GRE, and that number is likely to continue to climb.

There are other admissions models as well. For example, Concord Law School does not require the LSAT. It considers applicants based largely on a combination of their GPA and their score on a proprietary admissions test that simulates the format and coverage of the LSAT but is shorter and can be taken online.

Law schools will want to see at least a couple of letters of recommendation. Although these generally carry less weight than grades and test scores, they can still be important.

If you are still in college, now is a good time to start forging relationships with your favorite professors or those in whose classes you excelled. If a professor doesn’t know you, they’re going to have a hard time saying much about you in a letter. Don’t be afraid to approach your professors during office hours—that’s what they’re there for. And if you get the rare professor who seems too busy to help, he or she probably wouldn’t write a good letter anyway.

It is far better to get a glowing letter from a lesser-known professor who is familiar with you and the quality of your work than one from a “big name” professor who barely knows your name. The whole point of the letter of recommendation is an endorsement by someone who can credibly speak to your character and qualities. If someone is equivocal about providing a recommendation, find someone else. Reviewers expect letters of recommendation to be glowing, so if one is lukewarm, it sends a negative signal.

If you have been out of school for a while, chances are you are not still in touch with your college professors. Don’t panic. If you’ve been in the working world, a letter of recommendation from a boss or colleague may be quite valuable, as they can attest to relevant skills and character traits. Indeed, the life experiences of older applicants, including the challenges they have overcome, may themselves be indicators of ability to thrive in law school.

Most law schools will ask you to write a personal statement. It may be open-ended, or the school’s application may prompt you to respond to particular questions. Make sure to tailor your statement accordingly. Don’t write a cookie-cutter statement that is not responsive to the particular prompt.

The personal statement is an opportunity to showcase your writing skills, so make sure to polish it until it is error-free, and have others review it as well. It is also an opportunity to tell your story. This means both highlighting your unique or significant accomplishments, as well as providing context for any gaps or deficiencies in your academic or professional record. If you have overcome health, family, or economic adversity, you may want to consider addressing this.

It should go without saying, but don’t have someone else write your personal statement. Not only is this unethical (which is not a great way to start your path toward being an officer of the court), but it does a disservice both to you and the schools that are considering you.

Factors to consider when choosing a law school include the school’s cost, available specializations, and modality (full-time, part-time, or online).

No less important than familiarizing yourself with law school requirements and learning how to apply is deciding where to apply to law school. Law schools usually publish statistics about the GPAs and LSAT scores of their entering classes, as well as the percentage of applicants they offer admission to. You can use this information to apply to a mix of schools where getting in is likely, as well as some that may be considered a reach.

Some applicants fortunate enough to receive multiple admissions offers pursue a simple strategy: enroll in the highest ranked school they get into. This may not always be best for everyone.

First, tuition costs are a major consideration. If your options are getting a full-tuition scholarship at a low ranked regional school or paying full tuition at Yale, get your winter coat and head to New Haven. But if your second option is paying full or half price at a slightly higher ranked regional school, it may be better to take the hit on rankings and graduate with a lighter debt load.

Second, if you know you want to specialize in a certain area of law, such as intellectual property or education law, you may want to consider a school that is known for its strength in that field, even if its general reputation may not be as stellar.

Third, personal circumstances are important. For those who need to continue working while in school, or who have family responsibilities, military duties, or other nontraditional schedules, part-time study may be more realistic. Not all law schools offer part-time programs, and the quality of a school’s part-time program is not necessarily the same as its full-time offerings. And for those who cannot commute or move near a brick-and-mortar campus, or whose schedules present particular challenges, an accredited online law school may be a better fit than even a part-time, campus-based program.

How to Become a Lawyer

If your goal is to become a practicing attorney, you’ll need to earn a Juris Doctor degree (JD) and pass a State Bar exam. The typical full-time JD program takes 3 years to complete, while part-time and online programs are generally structured over 4 years.

Some law schools also offer master’s degrees that are not designed to lead to bar licensure, as well as advanced degrees, such as an LLM or SJD, that you can pursue only after you’ve obtained your JD (or a foreign equivalent). Concord Law School, which is fully online, offers an Executive Juris Doctor (EJD) for those who want advanced legal training but don’t want to sit for the bar or practice law.

Get Ready to Work Hard

Have realistic expectations. Few law students have the nightmarish experience portrayed in films like The Paper Chase. Yet even those who found undergraduate study to be a breeze, or who excelled in other graduate programs, often report that law school was harder than anything they had encountered, particularly in the first year.

Law school also effectively involves learning a new language, with hundreds of Latin, French, and Old English terms and concepts, as well as new ways of reasoning, researching, and writing.

If you have a passion for the law and are up for a challenge, law school may be right for you. But, as with anything else, it’s good to know before you go. Hopefully, this overview of important law school requirements helps you on your path to earning a law degree.

Martin Pritikin, an experienced lawyer and educator, is the Dean of Concord Law School at Purdue University Global. In this role, Dean Pritikin is responsible for providing academic leadership for the Concord Law School programs, faculty, and students while advancing the school's mission to provide an affordable and accessible education for aspiring attorneys and others seeking to learn the law.

More Than a Year After the Death of Net Neutrality, Debate Rages On
Supreme Court Reaffirms Exception to Double Jeopardy

JD Program: Study at, or graduation from, this law school may not qualify a student to take the bar examination or be admitted to practice law in jurisdictions other than California. A student who intends to seek admission to practice law outside of California should contact the admitting authority in that jurisdiction for information regarding its education and admission requirements.