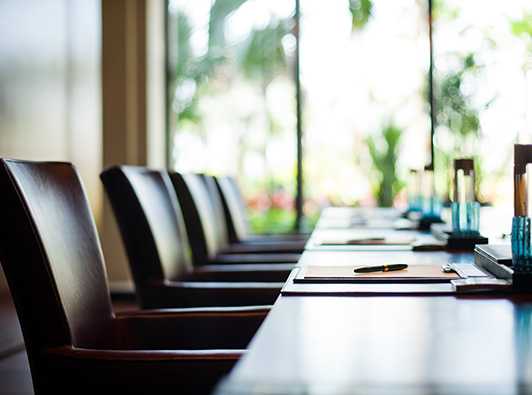 California recently posted its lowest bar exam performance in its 70-year recorded history: only slightly better than 40% of those who took the exam passed. The first-time pass rate for in-state ABA law schools, which is typically much higher, was a disappointing 64% (Concord’s first-time bar takers outperformed not only their category of online law schools, but also the average of all unaccredited registered law schools, and even of all California-accredited law schools).

In the wake of these results, three deans of ABA-accredited law schools in California (UCLA, UC Hastings, and University of San Diego) wrote an op-ed in the Los Angeles Times arguing that it was unfair that California’s cut score was so much higher than in other large states, such as New York. As these deans pointed out:

“The score needed to pass the California bar exam—called the “cut score”—is 144. We are the only state to set its cut score above 140 other than Delaware (with 172 applicants, compared with California’s 8,071). This is profoundly out of line with the rest of the country. Nationwide, the median score needed to pass is 135.

In New York, the state with a legal practice most like California’s in scale and complexity, the cut score is 133. Among graduates of ABA-accredited law schools there, 83% passed the state bar exam the first time they took it. In California, though, the comparable rate was 64%. That likely would be 20 percentage points higher if our cut score matched New York’s. Is New York inflicting on its populace thousands of unqualified lawyers through its lower cut score? We have yet to hear of it.”

Members of the Legal Profession Fire Back

Perhaps not surprisingly, those who are already part of the legal profession in California have roundly criticized this view. A letter to the editor responding to the op-ed said that the deans’ argument “should be given the same weight as an association of tavern owners that seeks to reduce the drinking age.” To use a similar analogy, one might say that lawyers who want to exclude new lawyers from entering the profession are like those who have made it inside an exclusive nightclub and now want to keep the line outside the door as long as possible.

Another opinion piece decried the deans for failing to take responsibility: “I am tired of the law deans whining. This seems to me to be a classic case of ‘blaming the victim,’ i.e., the exam, when the blame should lie with the education that law students receive.” This piece goes on to say that “[I]f the cut score is lowered and malpractice claims rise and the number of attorneys who are disciplined rise, how does that mesh with the purpose of public protection?”

This ignores that much of the dean’s op-ed does take responsibility for their students’ performance. It also assumes that a lower cut score will result in more attorney malpractice or misconduct—the very thing the deans already pointed out there is no evidence for in states with lower cut scores like New York.

I am certainly not one to dispute that law schools have a responsibility to prepare their students to pass the bar exam. I view that as my primary responsibility as well, which is why Concord has, in the last couple of years, dramatically revised its entire required curriculum, offered a significant subsidy for a commercial bar prep program, and established mentoring programs for students and bar takers alike.

The Real Issue With the California Bar

What is interesting, though, is that the detractors of lowering California’s cut score seem to be missing the core argument for doing so. The point is not that things were just fine before, but now that law school applicants have declined or now that Millennials are taking the bar exam, there is a new crisis in bar passage.

Rather, the point is that for decades—long before the Great Recession and the corollary decline in law school applications—California’s bar exam cut score was out of step with the rest of the nation.

The average MBE score (the multiple choice portion of the bar exam administered in virtually every state) was and often is higher in California than across the nation. That means that the typical California bar exam taker is arguably more qualified to become a lawyer (assuming the bar exam does or could measure such a thing) than takers elsewhere.

And yet it is much harder to become a lawyer in California than almost any other state. The nationwide decline in pass rates may have exacerbated the disparity or brought it under closer scrutiny, but it didn’t create it.

If there was something special about the legal profession in California that warranted making it much harder to become a lawyer here than in New York or elsewhere, that would be one thing. But no one who is arguing against lowering the cut score has explained why it is fair or logical to have such massive disparities between California and the rest of the nation.

If anything, California, with its millions of residents in need of affordable legal services, should not be keeping its thumb on the scale to depress the market for legal services. Protectionism for existing lawyers is clearly not one of the goals of the bar exam.

The only argument for the status quo seems to be one based on tradition: this is the way it has long been, so why change it? But a long-standing error is more worthy of being redressed, not less so.

While low bar pass rates are hardly a good thing, if they can shine a spotlight on a problem and lead to some needed change, then some good may come of it after all.