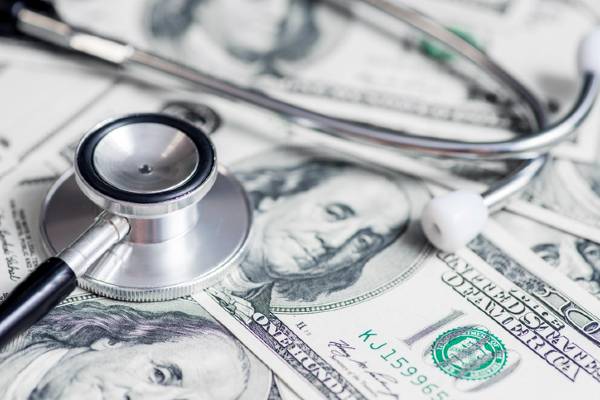 Consolidation continues in the health care industry, with major hospital systems acquiring hospitals, midsize clinics, and smaller private practice groups. The Federal Trade Commission (FTC) is increasing its scrutiny of these deals out of concern that anticompetitive practices are driving up health care costs and depressing the wages of providers.

On July 1, 2021, the FTC, under newly appointed Chair Lina Khan, approved a series of resolutions setting the agency’s enforcement priorities. In addition to big tech companies, the agency singled out the health care industry as a target of investigations using “compulsory process” such as subpoenas.

The scope of such investigations would encompass hospitals, pharmaceutical companies, and others to determine whether they are “engaging in unfair, deceptive, anticompetitive, collusive, coercive, predatory, exploitative, or exclusionary acts or practices.” Khan stated that the resolutions would “help relieve unnecessary burdens on staff and cut back delays and ‘red tape’ bureaucracy” in the “midst of a massive merger boom.”

President Biden’s Executive Order on Promoting Competition in the American Economy mentions hospital consolidation as a source of rising health care prices. The president urged the Department of Justice and the FTC to take steps to “ensure patients are not harmed by such mergers.”

According to analysis by Deloitte Insights, the 10 largest health care systems now control more than 24% of the $3.75 trillion market for hospital services. Their total patient revenue grew almost twice as fast as that of the remaining health care systems. Deloitte notes that consolidation began in 2014 to gain economies of scale, but in effect the mergers of midsize and large health care systems has reshaped the market.

Multiple studies have shown that consolidation increases health care costs. A 2018 analysis from The New York Times found that private insurers paid up to 54% more for the average hospital stay in areas with the highest rates of consolidation. A study by the National Bureau of Economic Research found that hospitals with no competitors within a 15-mile radius charged 12% more than hospitals facing competition.

Health insurance plans have less economic power than hospitals in many parts of the country, making it difficult to negotiate lower prices. Higher rates can result even when mergers cross markets—health care systems can force insurers to include all of their hospitals in the provider network and shift patients to higher-cost facilities, according to an analysis by the Kaiser Family Foundation.

Consolidation also reduces access to care. The Executive Order notes that consolidation led to the closure of 19 rural hospitals last year amid the pandemic.

Section 13(b) of the FTC Act gives the agency authority to seek preliminary injunctions when it has reason to believe “that any person, partnership, or corporation is violating, or is about to violate, any provision of law enforced” by the FTC, if such an action would be in the public interest. These cases are investigated and prosecuted by the FTC’s Bureau of Competition, which has a Health Care Division focused on anticompetitive activities in the health care sector.

The FTC shares responsibility with the Department of Justice for reviewing proposed mergers and prosecuting antitrust violations under the Clayton Act. The objective is to determine whether the merger will benefit consumers through greater efficiency or harm consumers by decreasing competition.

The Hart-Scott-Rodino (HSR) Act of 1976 amended the Clayton Act to require organizations to file detailed reports of proposed deals that exceed a specified value (currently $92 million). The parties must then wait 30 days for FTC or Department of Justice review before closing the deal. In a small minority of cases, the investigating agency will request additional information and initiate a second 30-day review.

The goal of HSR premerger notification requirements is to prevent a merger with potentially harmful effects. However, in September 2020, the FTC announced the expansion of its Merger Retrospective Program, under which the FTC’s Bureau of Economics analyzes mergers after the fact to determine their impact. The objective is to identify “lessons learned” to improve premerger reviews, investigations, and enforcement actions. In the health care sector, the FTC is also using retrospective review to assess the effect of mergers on wages—particularly of nurses.

Additionally, the FTC launched a review in 2017 of certificates of public advantage (COPAs), a state regulatory scheme that shields hospital mergers from federal antitrust review. Seventeen states have COPA laws, which are generally designed to prevent the closure of rural hospitals. The FTC study found that COPAs can hold down inpatient hospital costs in some instances. However, COPAs place a substantial long-term regulatory burden on states to maintain oversight and prevent monopoly power. If states don’t meet that burden, or if COPA laws are repealed, prices may go up and quality declines.

Five states have repealed their COPA laws, most recently North Carolina and Montana. Hospitals in those states can no longer obtain COPA protection, but the practical effect has been to remove both state and federal oversight. North Carolina’s repeal enabled for-profit HCA Healthcare to purchase nonprofit Mission Health for $1.5 billion.

A few states are considering whether to require premerger notification at the state level. Meanwhile, the Biden administration is using existing laws and regulatory frameworks to ensure continued health care consolidation does not bring higher costs and lower quality of care.

A Practitioner’s Guide to Ethics in Alternative Dispute Resolution
What Is Stablecoin and How Will the U.S. Regulate It?

*Accreditation: Due to its accreditation by the Committee of Bar Examiners, Concord has the authority to offer a Juris Doctor degree that qualifies recipients to take the California Bar Examination and obtain admission to the practice of law in California.