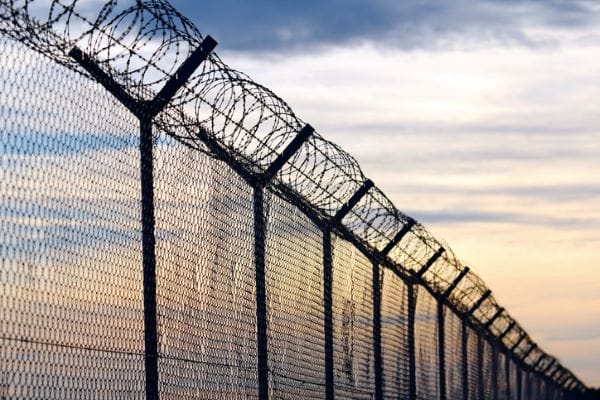 Disenfranchisement of convicted offenders is a major issue that affects millions of people nationwide. The issue is perhaps nowhere more hotly contested than in Florida.

In the November 2018 election, nearly two-thirds of Florida voters passed Amendment 4, the Voting Rights Restoration for Felons Initiative. The amendment was meant to be self-executing, automatically restoring voting rights to 1.4 million former felons.

Nonetheless, GOP lawmakers insisted that enabling legislation was required and on May 2, 2019, passed SB 7066 requiring ex-felons to pay all fines, fees, and restitution before they would be allowed to vote. Republican Governor Ron DeSantis signed the legislation on June 28, 2019, despite outcries that the law represented an unconstitutional poll tax.

Seventeen indigent ex-felons and three organizations sued in Jones v. DeSantis. The case went to trial on May 2, 2020, and U.S. District Court Judge Robert L. Hinkle ruled on May 24, 2020, that it is unconstitutional for Florida to deny former felons the right to vote based on an inability to pay all legal financial obligations (LFOs). Although Gov. DeSantis has vowed to appeal, Florida election officials are moving to comply with Judge Hinkle’s ruling. The ruling also will likely affect other states’ felon disenfranchisement laws.

According to ProCon, a nonprofit, nonpartisan resource for research on controversial topics, Florida has the highest rate of criminal disenfranchisement, at more than 10% of the voting-age population. This reflects the state’s long history of denying suffrage to felons.

The 1838 Constitution of the Territory of Florida spurred felon disenfranchisement by denying “all persons convicted of bribery, perjury, or other infamous crime” the right to vote. This policy was carried forward when Florida became a state in 1845. In 1968, the language was simplified to include only felony convictions as a bar to voting.

Prior to the passage of Amendment 4, felons were required to appeal to the Executive Clemency Board in order to regain voting rights. The board followed no real standards, and its decisions could be vetoed by the governor for any reason. In 2011, Republican Governor Rick Scott added a requirement that before felons could apply for reinstatement of voting rights, they were required to wait at least 5 years after the completion of their sentence and payment of LFOs.

In a 2018 decision, U.S. District Judge Mark E. Walker ruled this process unconstitutional, which helped put Amendment 4 on the ballot. Amendment 4 modified Art. VI, § 4(a) of the Florida constitution to state that a felon’s “voting rights shall be restored upon completion of all terms of sentence including parole or probation,” with exceptions for individuals convicted of murder or felony sexual offenses.

Florida’s GOP lawmakers contend that “all terms of sentence” includes payment of all LFOs. This makes it difficult to alleviate felon disenfranchisement in the state.

If SB 7066 is upheld, most former felons will never have their voting rights restored. In addition to fines, Florida assesses a wide range of user fees and surcharges, with no exemptions for indigent defendants, to decrease court budget gaps. A 2010 report by the Brennan Center calls this system “cash register justice” that creates extreme economic hardship. Individuals emerge from prison owing hundreds or thousands of dollars, often with little ability to pay.

Defendants must pay to apply for the assistance of a public defender and, upon conviction, for prosecution costs. Surcharges are imposed for assault, battery and domestic violence, controlled substance violations, and many other offenses. Florida also assesses fees for a prisoner’s room and board, medical care, and for the supervision of individuals on probation. Many felons are also required to pay restitution, which goes to the state and individual victims.

In some counties, those who fail to make required payments must appear before “collection courts” to explain why they should not be held in civil contempt. If the defendant does not appear, the court may issue an arrest warrant and suspend the individual’s driver’s license. This results in more fines and fees.

How Much Do Felons Owe?

According to the The Florida Court Clerks & Comptrollers’ most recent annual report, felony courts assessed more than $200 million in fines in 2018 alone—about 20% of all fines and fees assessed by courts statewide. From 2013 to 2018, WLRN Public Radio and Television reported that just 19% of felony fines and fees were paid back each year, on average. Assessments that aren’t repaid carry over to the following year.

Ostensibly, this money is used to self-fund Florida’s court system and creates concerns about judicial impartiality. In practice, fees are also used to subsidize other government functions, with some going directly to the state’s budget. The Brennan Center report notes that “this converts the charge into something that is closer to a tax than to a true ‘user fee.’”

However, no one knows exactly how much is owed by convicted felons. SB 7066 created the Restoring of Voting Rights Working Group to study the “issues involving the restoration of voting rights” and submit a report of findings and recommendations. The group’s November 2019 report noted that:

Additionally, “judgment and sentencing documents, the key operative documents in the restoration of voting rights process, can and do look different from circuit to circuit, and even within a circuit.”

The plaintiffs in Jones v. DeSantis argued that requiring the payment of all LFOs in order to regain the right to vote constituted a poll tax in violation of the 24th Amendment of the U.S. Constitution. They also asserted that Florida’s system violates the Equal Protection Clause and the National Voter Registration Act, 52 U.S.C. § 20501, et. seq., and denies procedural due process. Additionally, they claimed that Florida’s law is void for vagueness and therefore unenforceable.

Challenged to address these claims, the defendants—Florida’s Governor, Secretary of State, and the Supervisors of Elections of various Florida counties—conceded that they had no real plan for restoring voting rights to those genuinely unable to pay their LFOs. At best, the state could offer a target date of 2026 for determining who must pay and how much.

In his May 24 opinion, Judge Hinkle was unequivocal in deriding Florida’s “pay-to-vote system.” Acknowledging that states may disenfranchise felons and establish requirements for regaining the right to vote, he held that such rules must “pass constitutional scrutiny.” Voting rights cannot be denied based upon a genuine inability to pay LFOs or a requirement to pay amounts that are unknown and cannot be determined. State-imposed fees and costs are “taxes in substance if not in name,” and the right to vote may not be denied for nonpayment of those taxes.

Judge Hinkle granted immediate relief to former felons who had been appointed an attorney because they could not afford one, those who established indigent status, and those who had their LFOs converted to civil liens. The majority fall into one or all of these groups. All others may request an advisory opinion from the Secretary of State, who must determine the fines and restitution the individual owes within 21 days.

In declaring much of Florida’s felon disenfranchisement law unconstitutional, Judge Hinkle shined a light on longstanding practices that have denied millions the right to vote nationwide. According to a July 2019 report by the Civil Rights Clinic at Georgetown Law, 30 states hinge restoration of voting rights on a former felon’s ability to pay LFOs. Those states may face similar constitutional challenges.

Concord Law School offers a quality online legal education at a fraction of the cost of traditional law schools. If you wish to become an attorney licensed in California, learn more about our online Juris Doctor program.* If you’re interested in expanding your legal skills and knowledge, explore our online Executive Juris Doctor program.† Or, request more information today.

10 Paths to Online Pro Bono Work
Adapt and Innovate: Tips for Operating a Virtual Law Practice During the Pandemic