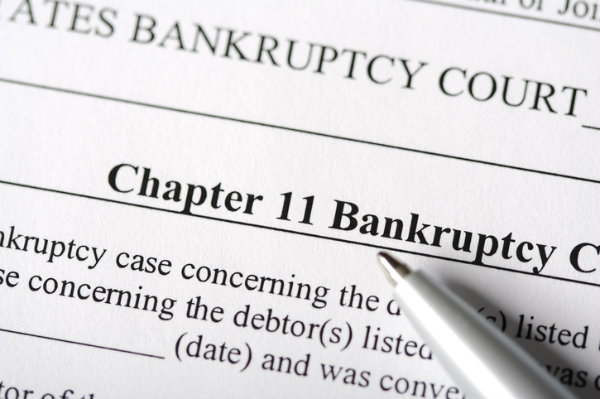 Corporate bankruptcy rates fell in 2018, continuing a national trend of declining bankruptcy filings since 2011. However, the decline is decelerating and economic factors suggest that bankruptcy rates will see an upswing this year. BankruptcyData, a research firm that tracks corporate bankruptcies, says continued weakness in the retail, health care, and energy sectors are concerning, as are tightening debt markets and large volumes of lower-quality bond and bank debt coming due over the next five years.

Chapter 11 bankruptcy protection allows a company to discharge its debts but still continue in existence, as opposed to a Chapter 7 bankruptcy, in which the company’s assets are liquidated and it ceases to exist afterward.

Does Chapter 11 bankruptcy make sense in today’s economy? This article addresses that question as well as:

A Look at the Bankruptcy Code

Chapter 7 of the U.S. Bankruptcy Code is a liquidation process in which the company is shuttered and its assets sold to repay creditors. It is typically used when a company’s debts are so overwhelming or its assets so limited that there is no reasonable way to restructure the debt. The federal bankruptcy court appoints a trustee to take possession of the assets and distribute them among creditors. Levitz Furniture is one example of a company that filed for Chapter 7 bankruptcy, liquidated its inventory, and closed its stores (2008).

Chapter 11, on the other hand, is designed for companies that have a realistic chance of turning things around. Chapter 11 bankruptcy allows the company to stay in business while it works with creditors to satisfy its debt obligations. As part of this process, the debtor, a court-appointed trustee, or another interested party files a reorganization plan with the court. Sears and PG&E (discussed in more detail below) are two recent examples of companies that have filed for Chapter 11 bankruptcy protection.

In larger cases, the court appoints a trustee, an officer of the Department of Justice who organizes one or more committees to represent secured and unsecured creditors and shareholders. These groups may argue against a proposed reorganization plan, but the trustee has broad latitude to determine what is “fair” to the parties.

The trustee cannot take any action without the court’s approval, and it’s up to the court to decide how the company’s assets are distributed. When the plan is finally implemented, secured creditors and investors who are backed by collateral are paid first. Shareholders, as part owners of the company, assume a larger risk and are less likely to recover.

Sears filed Chapter 11 bankruptcy in October 2018 after failing to make a payment on its $5.5 billion in outstanding debt. The 132-year-old company, which also owns discount retailer Kmart, operated 687 stores at the time of the bankruptcy filing.

A committee of creditors argued that the company should be shut down, but Sears was determined to stay in business. Edward Lampert, chairman of Sears Holdings and its largest shareholder, tendered a bid to buy the company for $5.2 billion and keep 223 Sears stores and 202 Kmart stores open. The U.S. Bankruptcy Court for the Southern District of New York approved the proposal, although many analysts blame Lampert for Sears’ financial woes.

Another significant bankruptcy filing occurred in January when California power utility Pacific Gas and Electric Company (PG&E) announced it was seeking Chapter 11 bankruptcy protection. The company is solvent, citing assets of $71.4 billion and liabilities of $51.7 billion.

PG&E owes $30 billion in costs for California wildfires and faces a massive class-action lawsuit alleging that “unsafe electrical infrastructure” caused the deadly Camp Fire that began on Nov. 8 in Butte County, California. Most analysts see PG&E’s bankruptcy as a defensive move, leaving it up to the bankruptcy court to decide how much money victims will receive.

Federal law gives companies the right to file Chapter 11 bankruptcy, stopping the collections efforts of creditors while the business drafts and negotiates a reorganization plan. But corporate bankruptcy is an expensive and inefficient process. The administrative and legal fees associated with drafting and negotiating a reorganization plan have been estimated at up to 10 percent of a company’s value.

There are also significant indirect costs. The company will have trouble attracting and retaining customers and negotiating favorable contracts with suppliers.

Nevertheless, bankruptcy courts tend to favor letting companies stay in business, with firms lingering for years under Chapter 11 protection. In many cases, however, a failing company’s remaining assets might have greater value to creditors than any potential upside gained from continuing operations.

Chapter 11 bankruptcy arose in the era of the railroads—as companies flocked to take advantage of the railroad boom, some were bound to fail. People believed that allowing a railroad to continue to operate would create more economic value than selling off its assets. That may hold true for PG&E, particularly if the State of California passes legislation limiting tort liability for utilities.

On the other hand, the bankruptcies of Sears, BCBG, Claire’s, and other retailers suggest that reorganization doesn’t always make sense. While the reasons for these companies’ distress are varied and complex, there’s little question that the rise of e-commerce has played a role. Closing stores and changing product lines may allow these companies to continue for a time, but brick-and-mortar retailers may be doomed to fail due to structural changes in the economy.

U.S. bankruptcy laws are not designed to resolve many of the issues facing failing businesses today, and bankruptcy judges are not business executives. Increasingly, however, organizations are turning to the federal bankruptcy courts to protect them from liquidation amid complicated business problems. Whether Chapter 11 bankruptcy will continue to make sense in an increasingly complex economy remains to be seen.

Bankruptcy is a growing area of law with many opportunities. If you’re interested in learning more about bankruptcy law, visit:

Bankruptcy law is one of the professional paths one can pursue with a juris doctor in many states. To learn how an online law degree can prepare you for a career in this field, learn more about earning a Juris Doctor degree at Concord Law School.

The Admissibility of Blockchain as Digital Evidence
Insurability of Marijuana Companies