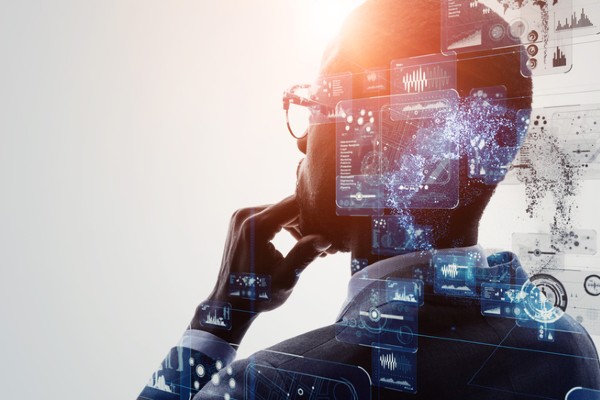 A team from the University of Surrey recently filed two patent applications with the U.S. Patent and Trademark Office (USPTO). One application sought patent protection for a beverage container that can change shape and the other for a “neural flame” that can be used as a beacon in emergencies.

What’s unique about the applications is the “inventor”: an artificial intelligence (AI) system called DABUS (Device for the Autonomous Bootstrapping of Unified Sentience). DABUS was created by AI expert Stephen Thaler, who “trained” the system to develop ideas and analyze whether they are novel or useful. DABUS used what it learned to independently conceive the two inventions without human intervention.

The term “inventor” is not precisely defined in U.S. patent law, but the USPTO rejected the applications as incomplete because they did not specify a human inventor. The USPTO then published a notice on August 27, 2019, seeking public comment on issues related to the patenting of AI inventions. A second notice published on October 30, 2019, requested comments on the impact of AI inventions on intellectual property (IP) rights.

Ultimately, the USPTO formally denied the applications on the grounds that an inventor must be a natural person. As the field of AI continues to advance, however, Congress will need to address the question of whether patent protections should extend to AI inventors.

The USPTO analyzed this language in its decision to deny the University of Surrey team’s applications. The decision points out that words such as “individual,” “who,” and “himself or herself” imply a natural person. Additionally, the requirement that the inventor sign the declaration or oath suggests that only human inventors may apply.

Case law also supports the USPTO’s position. In Beech Aircraft Corp. v. EDO Corp., 990 F.2d 1237 (Fed. Cir. 1993), the court found that while corporations may be assigned ownership of a patent, “only natural persons can be ‘inventors.’” In Univ. of Utah v. Max-Planck-Gesellschaft, No. 16-1336 (Fed. Cir. 2017), the court held that “a State has no core sovereign interest in inventorship” because “inventors are the individuals that conceive of the invention.” The USPTO rejected the notion that a machine is capable of the “mental act” that forms the legal basis for inventorship.

In its denial decision, the USPTO did acknowledge the University of Surrey team’s public policy arguments. The team asserted that naming an AI system as inventor would encourage innovation using AI, reduce the improper naming of inventors who do not qualify for inventorship, and keep the public informed of the actual creator of an invention. However, these considerations were not sufficient to “overcome the plain language of the patent laws as passed by Congress and as interpreted by the courts.”

Does patent law need to be changed? The majority of public comments received in response to the USPTO’s notices contend that AI is not yet capable of invention without human intervention. The concept of artificial general intelligence akin to human creativity and reasoning is only a theoretical possibility.

In light of that, commenters generally agreed that current IP law is adequate to address advances in AI as a type of computer-implemented invention. If IP laws are to be changed, it should be in the context of improving patent protections for all such technologies, not just AI. However, some commenters were concerned that AI will generate such a large volume of inventions that it will become increasingly difficult to determine the existence of prior art under 35 U.S.C. § 102.

The Future of AI Inventorship

In their petition for reconsideration of the USPTO’s decision, the University of Surrey team argued that the existing patent statutes “are intended to compel an applicant to name a natural person even where the person does not meet the inventorship criteria.” The USPTO countered that the natural person listed must meet those criteria.

To get around this seeming roadblock, the Institute of Electrical and Electronics Engineers (IEEE-USA) suggests that “the designers of those elements of the AI engine that develops a new, useful, and non-obvious innovation are the inventors.” Patent applicants should describe the structure and operation of the AI system as well as the invention that the AI system develops. Human inventors can then be listed on the application based upon their contributions to the AI system’s output, such as the data sets, algorithms, and other inputs needed to “train” the machine.

Inventions similar to those created by DABUS will undoubtedly come before the USPTO. As the law currently stands, owners of AI systems must ensure that humans remain sufficiently involved in the inventive process to meet patent application requirements. As AI becomes more powerful, however, new laws may be needed to address AI inventorship and to “promote the progress of science and useful arts” by encouraging AI innovation.

Get an Advanced Legal Education at Concord Law School

Concord Law School is the nation’s first fully online law school, and we are accredited by the State Bar of California.*

*Accreditation: Due to its accreditation by the Committee of Bar Examiners, Concord has the authority to offer a Juris Doctor degree that qualifies recipients to take the California Bar Examination and obtain admission to the practice of law in California.

‡Juris Doctor: Study at, or graduation from, this law school may not qualify a student to take the bar examination or be admitted to practice law in jurisdictions other than California. A student who intends to seek admission to practice law in a jurisdiction other than California should visit Purdue Global’s State Licensure and Certifications page for state-specific requirements. Students are highly encouraged to confirm state requirements from the appropriate bar admissions office for their state of residence.