Does the Fifth Amendment Protect Biometrics? 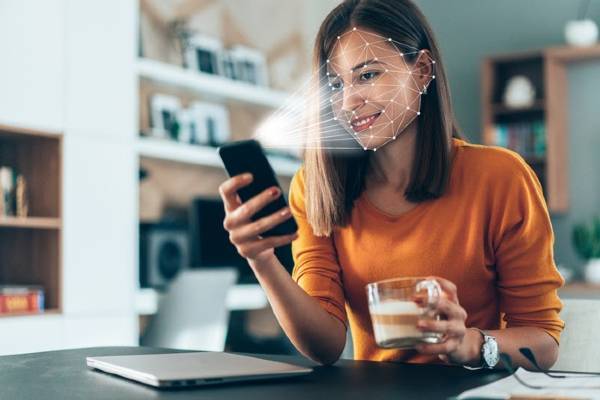 On February 4, 2021, investigators received a warrant that allowed them to use the fingerprint of a Capitol Hill riot suspect to unlock his phone and other devices. It was the second such warrant issued in the Capitol Hill riot investigation. Previously, law enforcement officials were granted a warrant to use facial recognition to unlock the laptop of another suspect.

Not all judges agree that biometric unlocks are constitutional. It is well-established that fingerprinting and collecting DNA samples are searches subject to the Fourth Amendment. However, providing a password to unlock a computer system is considered “testimonial,” and thus protected by the Fifth Amendment.

Courts are divided as to whether a biometric is more like a fingerprint or akin to compelled testimony—and as such, haven’t definitively ruled if the Fifth Amendment protects biometrics. So far, the U.S. Supreme Court has left it an open question. As more and more consumers use biometrics to secure their personal devices, the Supreme Court will undoubtedly be called upon to address the issue.

The Fourth Amendment protects “the right of the people to be secure in their persons, houses, papers, and effects, against unreasonable searches and seizures,” except “upon probable cause.” Generally, law enforcement officers may not arrest a person or search their property without convincing a magistrate that there is probable cause for a warrant. There are exceptions allowing law enforcement officers to arrest an individual and conduct searches without a warrant, but probable cause must ultimately be shown.

The probable cause requirement is designed to protect individuals from government intrusion where they have a reasonable expectation of privacy. The fingerprinting of a person who has been properly arrested lies at one end of the spectrum. The Supreme Court held in Davis v. Mississippi that fingerprinting passes Fourth Amendment muster because it “involves none of the probing into an individual’s private life and thoughts that marks an interrogation or search.”

Other types of searches are met with greater judicial scrutiny. Cell phones and other mobile devices have been a battleground for Fourth Amendment rights due to the personal information that is often stored in them.

The Fifth Amendment prohibits the government from compelling an individual to be a witness against himself or herself in a criminal case. This limits the government’s ability to compel communications and communicative acts because it can lead individuals to self-incrimination. However, it is not blanket protection for any statement. As the language of the amendment suggests “a communication must be testimonial, incriminating and compelled” to qualify for Fifth Amendment protection.

Requesting a defendant’s biometric information to unlock a cell phone is certainly compelled and may be incriminating. The question is whether the biometric is testimonial.

Fingerprints and blood and DNA samples are not testimonial because they are not communicative acts. Even compelled voice samples were found not to violate the Fifth Amendment because they were used only to measure physical characteristics, “not for the testimonial or communicative content of what was to be said.”

On the other hand, the production of documents in response to a criminal subpoena has been deemed testimonial. In U.S. v. Hubbell, the Supreme Court held that document production “was like telling an inquisitor the combination to a wall safe, not like being forced to surrender the key to a strongbox.”

Fifth Amendment and Biometrics: What Is Testimonial?

Courts have generally held that compelling an individual to provide a password or PIN is testimonial, akin to demanding the combination to a safe. Some courts have held that requiring biometric information falls into this same category. For example, in January 2019, U.S. District Judge Kandis Westmore of the Northern District of California denied a request for a warrant on those grounds.

Other courts have come to the opposite conclusion. In Minnesota v. Diamond, for example, the court held that “the compelled act merely demonstrated Diamond’s physical characteristics and did not communicate assertions of fact from Diamond’s mind.” Therefore, the “act of providing a fingerprint to the police to unlock a cellphone was not a testimonial communication protected by the Fifth Amendment.”

In discussing the combination vs. key analogy used by the Supreme Court in Hubbell, Judge Harjani noted that document production “required the extensive use of the responding party's mind.” Providing a biometric does not. Furthermore, the Supreme Court in Doe v. U.S. held that physical acts giving law enforcement access to potential evidence were not testimonial because the government must still look for and assemble that evidence.

Judge Harjani addressed the concern that providing a biometric was akin to document production in that it served to authenticate the records. In rejecting that concern, he reasoned that the government would still be required to establish the chain of custody of a cell phone and authenticity of anything seized in the search. Additionally, the implicit inference that the individual had control of the phone was of no consequence from a Fifth Amendment perspective. The fact that “a fingerprint has now replaced a key does not automatically transform what has been previously considered nontestimonial into testimonial acts.”

Regardless of its thorough analysis, the decision in U.S. v. Barrera is not binding on any other court. It will be up to the Supreme Court to determine whether compelling biometric information violates the Fifth Amendment. The Court was given an opportunity when a petition for writ of certiorari was filed in Andrews v. New Jersey. However, on May 12, 2021, the Court denied the petition. The issue remains up in the air.

The Role of ‘Crimes of Moral Turpitude’ in U.S. Immigration Decisions

†Study at, or graduation from, this law school may not qualify a student to take the bar examination or be admitted to practice law in jurisdictions other than California. A student who intends to seek admission to practice law outside of California should contact the admitting authority in that jurisdiction for information regarding its education and admission requirements.