The Role of ‘Crimes of Moral Turpitude’ in U.S. Immigration Decisions 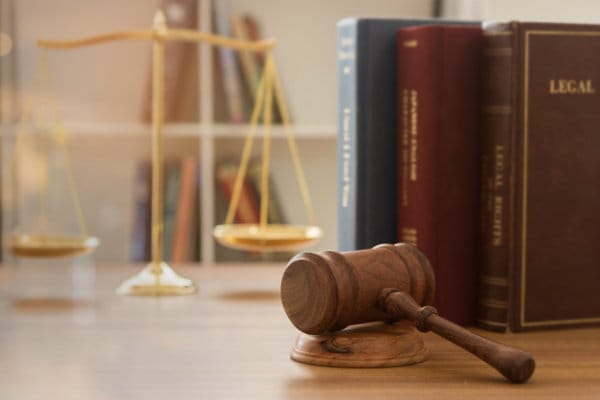 What exactly is a “crime involving moral turpitude”? No such offense is defined in any statute—it’s a catchall term that can apply to virtually any felony or misdemeanor. Yet the Immigration and Nationality Act (INA), 8 U.S.C. § 1182, states that an alien who has been convicted of or even admits having committed a crime involving moral turpitude (CIMT) may be ineligible for a visa or admission into the U.S. Similarly, the commission of such a crime can result in the removal of a visa or green card holder, or block a green card holder from obtaining U.S. citizenship.

In Jordan v. De George, 341 U.S. 223 (1951), the Supreme Court held that the term “crime involving moral turpitude” is not unconstitutionally vague. However, an increasing number of judges are calling for reconsideration of that ruling. In a concurring opinion in Islas-Veloz v. Whitaker, 914 F.3d 1249 (9th Cir. 2019), Judge William A. Fletcher wrote that if the Ninth Circuit weren’t bound by its own precedent, recent Supreme Court decisions would lead the court to consider the “void for vagueness” doctrine when interpreting CIMTs.

In Barbosa v. Barr, No. 15-72092 (9th Cir. March 28, 2019), Judge Marsha Berzon noted in her concurrence that the concept of CIMTs persists because of its long history dating to the Immigration Act of 1891. That law denied entry to people who were indigent, mentally ill, or developmentally disabled, as well as those who had committed CIMTs.

The ‘Void for Vagueness’ Doctrine

Due process demands that criminal statutes clearly define what conduct is punishable. Statutes that do not do so may be deemed unconstitutional under the “void for vagueness” doctrine.

It is not sufficient that some conduct might reasonably fall within the ambit of the law. In Coates v. Cincinnati, 402 U.S. 611 (1971), for example, the Supreme Court held that an ordinance making it a criminal offense for people on sidewalks to “conduct themselves in a manner annoying to persons passing by” was unconstitutional on its face. Because an action “that annoys some people does not annoy others,” individuals are not given fair warning as to the types of conduct that might constitute an offense under the ordinance.

Statutes may also be considered vague or ambiguous because they do not provide courts with adequate standards for applying the law. For example, the Armed Career Criminal Act, 18 U.S.C. § 924, defined “violent felony” to include any crime that “involves conduct that presents a serious potential risk of physical injury to another.” The Court in Johnson v. U.S., 576 U.S. ___ (2015), found that provision to be unconstitutionally vague because it forced judges to assess an ill-defined risk based upon an “ordinary case” rather than “real-world facts or statutory elements.” The Court asked, “How does one go about deciding what kind of conduct the ‘ordinary case’ of a crime involves?”

The Court faced a similar quandary with regard to the INA in Sessions v. Dimaya, 584 U.S. ___ (2018). The INA defined “aggravated felony” by listing various offenses and referencing other statutes, including 18 U.S.C. § 16. That law defines “crime of violence” to include any felony that “involves a substantial risk that physical force against the person or property of another may be used in the course of committing the offense.” The Court found the provision to be unconstitutionally vague.

The government contended that the void for vagueness doctrine should not be stringently applied because removal of an alien is a civil rather than criminal matter, and the Court has allowed greater latitude in civil cases. However, the Court cited its precedent in Jordan that due to the “grave nature of deportation,” immigration laws must be assessed for vagueness using the same criteria as criminal laws.

Yet the Court in Jordan did not find CIMTs to be void for vagueness. The Court held that a statute isn’t void for vagueness because “certain marginal offenses” are difficult to assess. The case before the lower court involved fraud, and “the decided cases make it plain that crimes in which fraud was an ingredient have always been regarded as involving moral turpitude.”

Courts therefore categorize CIMTs as fraud and nonfraud cases. Nonfraud cases involve conduct that is “inherently base, vile, or depraved,” although this definition allows for substantial variance in judicial decisions. In a 2017 law review article, Lindsay M. Kornegay and Evan Tsen Lee note that “murder and attempted murder, forcible rape, prostitution and solicitation of prostitution, theft … and possession of child pornography” have always been deemed CIMTs, whereas manslaughter, child abuse, assault, drunk driving, and other serious offenses may or may not be.

Immigration decisions have hinged on the concept of crimes involving moral turpitude since 1891. More than 100 years later, courts still don’t know exactly what that means.

To learn more about immigration law, visit U.S. Citizenship and Immigration Services. You may also wish to visit the American Immigration Council, a nonprofit organization that provides information and resources for immigrants and their families.

50 Years of Student Speech and the 1st Amendment: A Review
Does the Fifth Amendment Protect Biometrics?