Adapting to the Future of Law: Mergers and Acquisitions 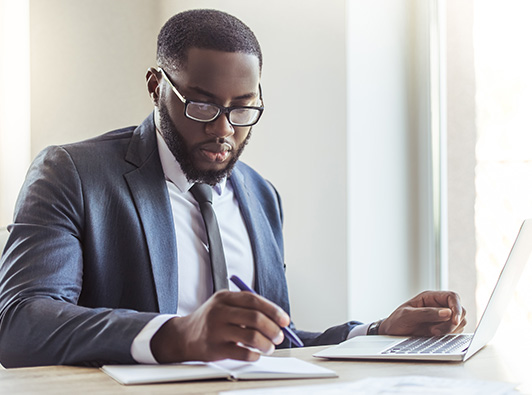 Merger mania is back from the depths to which it sank during the Great Recession, and with it the heightened insecurity affecting legal employees on both sides of the transaction. As in all of the prior blogs about the future of legal careers, change breeds not only anxiety, but also opportunity.

One of the early indicators of what can happen when companies merge or are acquired happened in the 1970s, when Kennecott Copper acquired Carborundum Corp. and terminated all of the latter’s legal staff. Several years later, oil giant Sohio bought Kennecott and did the same thing to the Kennecott attorneys. A few years after that, BP acquired Sohio…and fired all of Sohio’s lawyers.

When a company is acquired, its “support" operations—including the legal department—tend to be redundant, duplicative of the acquiring firm’s operations. Consequently, they are viewed as (1) superfluous, and (2) an easy way to cut expenses.

Moreover, in the current business environment, no company, no matter how large, is safe from a potential acquisition or takeover. Size no longer matters.

While in today’s environment you can expect that any company you work for could become an acquisition target, there are some industries where this is more likely to happen than others. High-technology and pharmaceuticals are two industries that have experienced a great deal of M&A activity in the past few years.

It is also wise to avoid companies for which “inversions” are attractive. Inversion in this context means buying a foreign company and moving the corporate headquarters offshore in order to lower tax burdens. This is currently quite popular, given high U.S. corporate tax rates relative to the rest of the developed world.

While mergers and acquisitions are almost always bad news for legal staff at the firm acquired, they may be good news for aspiring corporate lawyers who want to work either in the in-house counsel office or “nearby” in one of the other company divisions that employ legal talent, such as Compliance, Risk Management, Privacy, Tax, Ethics, Intellectual Property Management, Due Diligence, etc. The reason? Divestitures.

Divestitures are as much a fact of M&A life as the often devastating job security effects they have on support organizations such as corporate lawyering. They may be required by the antitrust authorities as a precondition to approving the transaction, or because the new merged company wants to focus its business model on a new or more “core” direction, or simply because the M&A prompts the new regime to think in terms of what it is and what it aspires to be moving forward.

Twenty-first century companies have to be agile in order to survive in a rapidly evolving global economy where change is the only constant. Consequently, a major change in corporate structure such as an M&A presents the ideal opportunity to shed unprofitable, underperforming, or unwanted corporate divisions. It can also be an enticing way to raise cash to grow remaining portions of the business or even to finance an acquisition.

If you seek job opportunities (or clients for your law practice) in divestitures, you need to be agile and responsive because such transactions normally occur in a short time frame with far less notice than acquisitions.

Some good means for identifying divestitures, including sometimes actually anticipating them, are the same resources that would be used in monitoring M&A activity, as mergers and acquisitions frequently presage divestitures. For some examples of such resources, see Mergers and Acquisitions, Spinoff Profiles, and the Stock Spinoff Blog. As in any other area, staying informed is the best way to improve your chance of staying ahead.