Adapting to the Future of Law: Technology 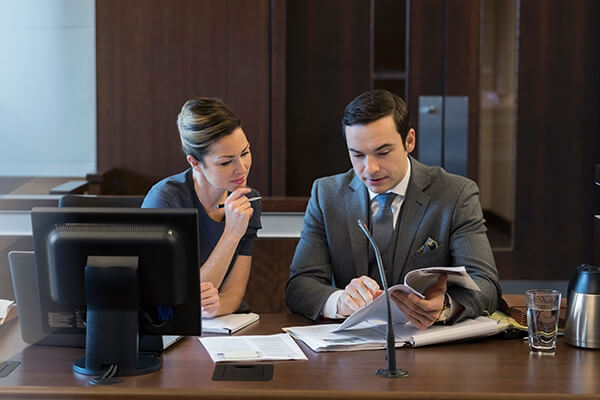 Knowledge is power, as Francis Bacon said. This is truer than ever in the Information Age. While a cliché, it is a critically important one where the future of law and your career are concerned. Werner Heisenberg’s Uncertainty Principle is very much alive and kicking when it comes to predicting, and preparing for, your legal future. This blog looks at the many and varied challenges that you can anticipate.

Technology moves forward in explosive bursts. Meanwhile, law plods along like the tortoise in Aesop’s iconic fable. Only in this day and age, it is the hare—technology—that always wins. While technology poses some challenges to areas of law that were once considered stable career paths, it also opens up new opportunities.

For some attorneys, technology represents an existential threat. Innovation suddenly emerges that could make their practice or their job irrelevant. For example: if your practice is heavily “number-oriented,” you need to think about how to protect yourself against the stunning advances that technological innovation is making when it comes to number-based occupations. Tax lawyers and estate planners fall into this category.

History is rife with tales of technological innovation destroying livelihoods. When the typewriter emerged in the 1860s, hundreds of quill pen manufacturers went out of business. When the internal combustion engine made horsepower based on real horses obsolete, blacksmiths found themselves on soup lines. In the modern era, we have seen manufacturing workers replaced by robots and advanced technological machines. Professions like law and medicine increasingly face similar challenges. A radiologist with whom I recently spoke told me that she was concerned about her future because machines were becoming so good at image interpretation that radiologists might soon be replaced by them. If medicine can be threatened, law won’t be far behind.

Online legal research has made law libraries stocked with books disappear in many organizations, and caused a major attrition among law librarians. Artificial intelligence (AI) is making great headway against the tens of thousands of attorney “temps” involved in identifying discovery and investigation documents. AI can do this job better and quicker than human beings. Machines don’t get sick, don’t need vacations, don’t go on lunch hours and coffee breaks, and don’t gripe about their jobs. They are every employer’s dream workers. Anything that relies on simple search capabilities or is heavily geared to employing boilerplate, such as contracting and procurement, bears watching in this respect.

Other types of attorneys whose practice or job has been jeopardized by technology just keep plodding along like the tortoise. They find a way to keep on keeping on with no clue how to turn things around or do something else. They may open up a solo practice and struggle to compete for the clients and work that everyone else is pursuing as doggedly as they are.

On the bright side, technological advances also mean opportunity to dive into entirely new practice areas, or practice areas that have always existed but are reinvigorated by technological development. For example, digital assets planning for both estates and businesses is becoming a hot practice area because so many of our financial, business, and personal assets have migrated from paper to digital records and record-keeping.

Another great example of technology changing the practice of law is the advent of driverless cars. As these vehicles gain popularity, they are certain to imperil DWI and DUI practices (after millions of miles of road-testing, they have suffered only one accident for which they were responsible). At the same time, they are also certain to generate opportunities as federal and state regulation catches up with the technology. Robotics law, data protection, telecommunications, and many other practice areas where the law lags woefully behind the technology, are also among the fields where opportunity resides.

One of the best things you can do for your career is to develop a backup or fallback plan in the event it becomes threatened by technology. In an era where technological innovations are daily occurrences, it is foolhardy to go forward without having done the proper, exhaustive due diligence about potential technological threats and having a plan to cope with them. If you do so, you may just find that you will not only survive but thrive in the changing legal landscape.

Practically speaking, several things you can do to prepare are: