Thinking of Buying an NFT? Here’s What You’ll Get for Your Money 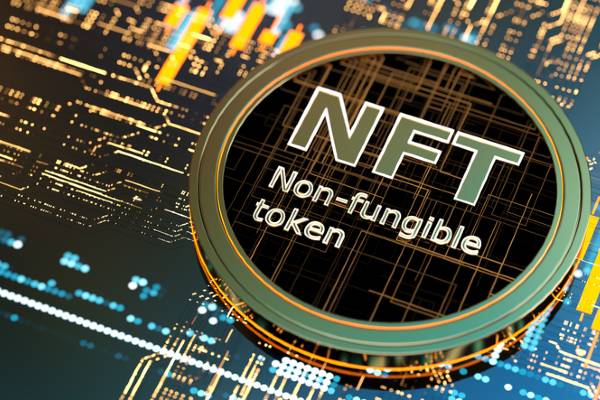 Why would someone pay $69 million for art that only exists electronically? And what, exactly, did that person get for their money?

On March 11, 2021, Christie’s sold a digital artwork titled Everydays: The First 5000 Days by the artist known as Beeple. Bidding in the online auction had begun at $100 and rose to $30 million, but a flurry of bids in the last few seconds drove the final price to $69.3 million. It is the first digital-only work sold by Christie’s and the third-highest auction price garnered by a work by a living artist.

The work is a collage of all the images that Beeple, whose real name is Mike Winkelmann, has posted online daily since 2007. It exists as a JPG that’s authenticated by a nonfungible token (NFT), which is recorded in a secure digital ledger known as a blockchain. Most buyers pay for NFTs using the Ethereum cryptocurrency, and Christie’s accepted that form of payment for the Beeple work. The collector received the JPG file along with a digital token proving authenticity and ownership.

Everydays is just one of a growing number of NFTs to hit the market. The medium encompasses a wide range of collectibles that can be stored digitally, from visual art and music to sports cards and virtual land. Physical assets such as real estate, cars, and designer clothing can also be represented by NFTs. The value is determined by what someone is willing to pay for them and recorded in the blockchain.

How NFTs Are Created and Tracked

Once a block is added to a ledger, it cannot be modified. Changes are made by adding new transactions to the ledger. Any discrepancies across the peer-to-peer network are corrected automatically by a “consensus algorithm” that assumes the most widely distributed version of the transaction is accurate. Blockchains are transparent, meaning that anyone can view them and track the transactions.

A blockchain can be used to store any sort of information, but it is especially useful for tracking anonymous transactions involving digital assets. Cryptocurrency is a fungible asset—units of Bitcoin or Ethereum are interchangeable in terms of value. NFTs are unique; there can be only one original work of art. Authorized copies may be made, but they generally will have less value than the original.

When an NFT is created, a token certifying authenticity is generated with the creator’s name and other metadata, along with a link to the underlying asset. The token is then stored in a blockchain, and any transactions related to the token are tracked. An electronic copy of the asset without the associated token has no more value than, say, a downloaded image of the Mona Lisa.

What Ownership Is Transferred

When someone purchases a painting, they own that physical object. They generally do not own the copyright to the work unless the artist specifically transfers it to them.

When someone purchases an NFT, they are buying the digital artwork itself and the metadata stored in the token. The metadata is akin to the artist’s signature. The NFT itself is a smart contract that is recorded in the blockchain and automatically enforced among the parties to the transaction, even if anonymous. The smart contract serves as a permanent, immutable certification that the digital asset is the original.

In most cases, the buyer has the right to sell the asset to someone else. Creators can also specify in the smart contract that they will receive royalties on all future sales. This allows creators to obtain long-term passive income from their work, which could be substantial if the work increases in value.

However, some NFT marketplaces grant limited licenses to the underlying assets. For example, the terms of use for NBA Top Shot, a marketplace that sells video moments from NBA history, grants a “worldwide, non-exclusive, non-transferable, royalty-free license to use, copy, and display” the assets for “personal, non-commercial use.” The license prohibits modification of the asset, use for marketing or advertising, or incorporation into other media or merchandise.

The Meteoric Rise of the NFT Market

The NFT concept dates back to 2012 with the creation of Colored Coins, which were used for the buying and selling of assets other than cryptocurrency on blockchains. Then in 2017, software developers Matt Hall and John Watkinson created 10,000 unique Cryptopunks characters, which were traded on the Ethereum blockchain. The development of the ERC-20 technical standard for Etherium smart contracts cemented the blockchain platform’s leading role in NFT creation.

In the last year, the NFT market has skyrocketed, with some digital assets garnering enormous sums. A particularly desirable Cryptopunk sold for $7.5 million, while an NFT version of the first Tweet by Twitter cofounder and CEO Jack Dorsey sold for $2.9 million.

Works are increasing in value. In late February 2021, a collector sold another Beeple work, a 10-second video titled CROSSROAD, for $6.6 million. He had purchased it for $67 thousand just four months earlier.

Some experts say that the NFT market is a bubble and that if the number of transactions continues to go up, the average price will go down. In essence, NFTs create scarcity where there is none, and it’s too early to tell if the novelty will wear off. Nevertheless, the market provides an avenue for collectors to buy authenticated digital assets and for creators to find a ready market for their work.

There’s a growing need for legal professionals who understand complex technology matters. If you want to gain advanced knowledge of the law as it relates to technology, learn more about the law and technology track in the Executive Juris Doctor offered by Concord Law School at Purdue University Global. This degree is for those who wish to develop legal expertise but do not intend to become a practicing attorney.*

Single courses in technology and the law are also available. If you wish to become an attorney licensed in California, consider our online Juris Doctor program.†

*Executive Juris Doctor: Except as provided in rule 4.30 of the Admissions Rules (Legal education in a foreign state or country), completion of a professional law degree program at this law school other than for the Juris Doctor degree does not qualify a student to take the California Bar Examination or satisfy the requirements for admission to practice law in California. It may not qualify a student to take the bar examination or to satisfy requirements for admission to the practice of law in any other jurisdiction. A student intending to seek admission to practice law should contact the admitting authority in the jurisdictions where the student intends to qualify to sit for the bar examination or to be admitted to practice for information regarding their legal education requirements.

†Juris Doctor: Study at, or graduation from, this law school may not qualify a student to take the bar examination or be admitted to practice law in jurisdictions other than California. A student who intends to seek admission to practice law outside of California should contact the admitting authority in that jurisdiction for information regarding its education and admission requirements.