Transformative Use Plays a Critical Role in Copyright Case Decisions 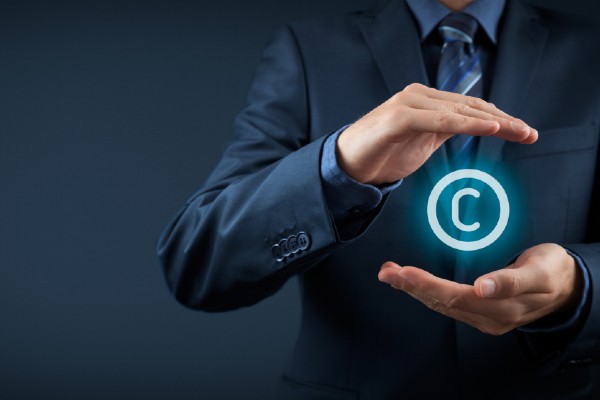 On April 5, 2021, the U.S. Supreme Court handed down a decision in the long-running copyright battle between Google and Oracle. The Court held that Google’s use of Oracle’s Java software code was transformative and therefore did not constitute copyright infringement.

The Supreme Court coined the term “transformative use” in Campbell v. Acuff-Rose Music in 1994. Acuff-Rose Music, which held the copyright to Roy Orbison’s “Oh, Pretty Woman,” sued 2 Live Crew and their record company for infringement. The Court found that although 2 Live Crew’s use of a small portion of the song was commercial, it was a parody that criticized the original work. The use was therefore “‘transformative,’ altering the original with new expression, meaning, or message.”

What does that mean in practice?  A look at recent copyright cases underlines the fact-specific nature of the transformative use analysis.

Transformative use is considered an expansion of the first element of the four-part test for fair use, enumerated in Section 107 of the Copyright Act:

Although it is a recent addition to the fair use doctrine, transformative use has become the most important factor. The question is whether the copyrighted material is merely copied or used to create something new. However, courts must also weigh the other elements of the test, which can flip the scales in favor of fair use even if transformative use is not found.

Google bought startup Android, Inc., in 2005, and developed an operating system (OS) for mobile devices based on Android’s technology. The OS uses Java APIs. Oracle sued Google for copyright infringement in 2010, alleging that Google used the Java code without permission. Google argued that the fair use doctrine protected its use of the APIs.

The Supreme Court heard arguments on October 7, 2020, and issued its ruling on April 5, 2021. The Court held that Google’s use of the APIs was transformative, creating “a new platform that could be readily used by programmers” developing applications for Android devices. Additionally, Google copied just 0.4 percent of the total Java source code and used the software because of its functionality and familiarity to programmers. The code was not fundamental to the Java programming language.

Photographer Lawrence Marano owns the copyright to a 1984 photo of Eddie Van Halen playing his “Frankenstein” guitar in concert. The Metropolitan Museum of Art featured the photo as part of an exhibition of rock ’n’ roll instruments on its website. Marano sued the museum in 2019, alleging copyright infringement. The U.S. District Court for the Southern District of New York found that the museum’s use of the photo was protected by the fair use doctrine. Marano appealed.

The Second Circuit found that the museum’s use of the photo was transformative because it emphasized the guitar rather than Van Halen. Additionally, the photo was displayed with other photos of the guitar and a discussion of its history and importance. The fact that the museum is primarily a nonprofit institution added to the weight of the court’s decision.

Marano argued that finding for the museum would “extinguish copyright protections for photographers” because museums could always claim a scholarly purpose. However, the court noted that the fair use analysis is “deeply case-specific” and another set of facts might result in a different outcome.

In 1984, Lynn Goldsmith licensed her 1981 photo of Prince to Vanity Fair magazine for use as a reference for the development of an illustration. Goldsmith later learned that pop artist Andy Warhol used the photo to create 16 images, including 12 silkscreens on canvas and 4 works on paper. Warhol died in 1987. After Prince died in 2016, Goldsmith discovered the Warhol images and notified the Andy Warhol Foundation for the Visual Arts that she believed the works infringed on her copyright in the photo.

The foundation sought a declaratory judgment of noninfringement, arguing that Warhol’s works were transformative. The lower court agreed, finding that “while the Goldsmith Photograph portrays Prince as ‘not a comfortable person’ and a ‘vulnerable human being,’ the Prince Series portrays Prince as an ‘iconic, larger-than-life figure.’”

On appeal, the Second Circuit held that the subjective intent of Goldsmith and Warhol was not relevant to the determination of transformative use. “Whether a work is transformative cannot turn merely on the stated or perceived intent of the artist or the meaning or impression that a critic—or for that matter, a judge—draws from the work.” The Second Circuit reversed the lower court’s ruling and remanded the case for further proceedings.

What’s Next for Transformative Use?

Clearly, the principle of transformative use plays a critical role in copyright decisions. However, the analysis depends upon the specific facts of the case and the weight the court gives to other factors in the fair use doctrine.

Furthermore, the concept of transformative use continues to expand and develop as new technologies are used to manipulate copyrighted material. Courts face significant challenges in determining what is transformative, with serious implications for both copyright holders and alleged infringers.

The U.S. Copyright Office has comprehensive information on copyright law and how to protect your works. You will also find copyright law awareness and education content on the website of the Copyright Society of the USA.

We also have a selection of individual law courses, including an Intellectual Property course which covers copyright of creative works.

Security and the Internet of Things: Is Tougher Legislation Needed?
Schools Have Diminished Authority to Restrict Student Speech on Social Media