Title III of the Helms-Burton Act: Reparations or a Secondary Cuba Embargo? 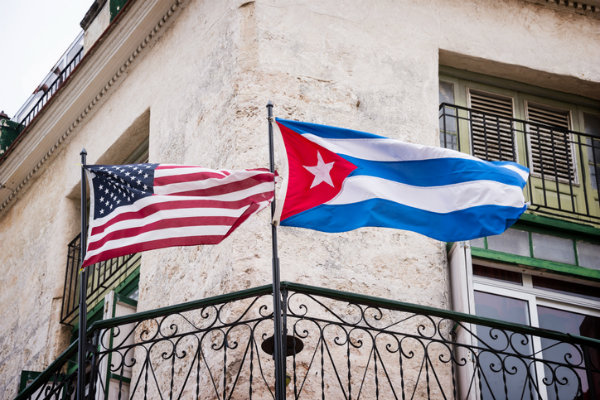 The Cuban Liberty and Democratic Solidarity (LIBERTAD) Act of 1996, 22 U.S.C. § 6021, et seq., also known as the Helms-Burton Act, codified America’s longstanding embargo against neighboring Cuba. The Act outlines U.S. policy toward the Castro government and provides for “appropriate assistance” to help the Cuban people make a “peaceful transition to representative democracy and a market economy.”

Title III of the Act also provides for a private right of action, enabling U.S. nationals to sue individuals and entities that traffic in private property expropriated by the Cuban government after the 1959 Revolution. However, the law contains a provision authorizing the president to suspend the effective date of Title III for successive six-month periods if such suspension is “necessary to the national interests of the United States and will expedite a transition to democracy in Cuba.”

For 23 years, U.S. administrations have suspended the effective date. Then, in April 2019, Secretary of State Mike Pompeo announced that Title III would finally go into effect, opening the door to Helms-Burton claims.

Javier Garcia-Bengochea filed the first lawsuit under the Helms-Burton Act on May 2, 2019, alleging Carnival Corporation has been using a commercial waterfront he rightfully owns. According to the U.S.-Cuba Trade and Economic Council, 20 complaints have been filed as of December 17, 2019, against companies such as French bank Societe Generale S.A., Spanish hotel company Meliá Hotels International SA, and Trivago GmbH, a subsidiary of the U.S. travel website Expedia.

Plaintiffs are lured by the potentially large awards afforded by the Act, based upon the greater of the current value of the property, the value at the time the property was confiscated plus interest, or an amount certified by the U.S. Foreign Claims Settlement Commission (FCSC). Plaintiffs may be entitled to treble damages in certain instances.

However, plaintiffs face legal hurdles and the uncertainty of a law that has never been tested in U.S. courts. In addition, critics say that Title III amounts to a secondary embargo designed to discourage multinational companies from doing business in Cuba. Canada, the E.U., Japan, the U.K., and other U.S. trading partners have condemned the Trump administration’s action.

The United States has maintained an embargo against Cuba since 1960, soon after revolutionaries led by Fidel Castro overthrew the U.S.-backed government of Fulgencio Batista. The embargo was a response to Cuban nationalization of U.S.-owned oil refineries without compensation. The U.S. also cited human rights abuses as justification for the embargo, although the U.N. General Assembly and various human-rights groups have condemned U.S. policy toward Cuba.

The embargo bans virtually all U.S. exports to Cuba, except for food, medicine, and humanitarian supplies, and imposes strict travel restrictions. It costs both countries billions of dollars annually; as of 2016, Cuba estimated total damages at more than $125 billion.

President Obama eased travel restrictions and money transfers in 2009, and Raul Castro began decentralizing and liberalizing various market segments and allowing more Cubans to travel abroad. The U.S. and Cuban governments began taking steps to normalize diplomatic relations, with Obama visiting Havana in 2016. However, Obama was unsuccessful in his attempt to lift the embargo, which would require the repeal or amendment of several statutes.

The Cuban Democracy Act of 1992, 22 U.S.C. § 6001, imposed stricter restrictions in response to the Cuban economic crisis that resulted from the breakup of the Soviet Union. The Act sought to promote democracy by limiting access to U.S. currency and prohibiting vessels trading with Cuba to dock in any U.S. port within 180 days.

The Helms-Burton Act was passed after Cuban fighter jets shot down two planes operated by a U.S. humanitarian organization. The president has broad latitude to amend the regulations but cannot lift the embargo without determining that a transition government is in power.

Legal Uncertainty and the Helms-Burton Lawsuits

Legal experts expected a flood of Helms-Burton lawsuits when Title III was allowed to go into effect. The relatively small number of complaints that have been filed to date reflect the legal uncertainties facing plaintiffs.

For example, the law seems to allow plaintiffs to sue multiple defendants for use of their confiscated property and provides an expansive definition of “trafficking” that, theoretically, encompasses any entity earning revenue related to the use of the property. But while the law does not require a connection between the value of the property and the value of the transaction on which the claim is based, it’s unclear whether courts would impose liability on an entity that collected only a small fee.

Additionally, courts will have to consider the exceptions to the definition of trafficking provided in § 6023(13), including transactions with Cuban residents who aren’t government officials, the delivery of telecommunications transmissions, and lawful travel to Cuba.

Claimants could face hurdles proving ownership of the confiscated property and due process questions related to a private right of action based upon past governmental seizure of property. It may be difficult to establish venue and personal jurisdiction against foreign defendants, some of which are state entities. And there will undoubtedly be challenges to the extraterritorial reach of the law—several foreign jurisdictions, including the E.U., have even implemented blocking statutes to protect their citizens.

On top of all this, plaintiffs must consider the $6,548 special filing fee for Title III claims and the cost of protracted litigation involving a statute that’s never been interpreted by the courts. Many of the claims certified by the FCSC are relatively small, and it’s unclear how class actions will play out. Even those with larger claims may be reluctant to file suit against companies they do business with.

These legal uncertainties may limit the reparations for confiscated Cuban property available under Title III. At the same time, the implementation of the law will almost certainly have a chilling effect on business activities in Cuba. Whatever its intent, Title III will likely serve as a secondary embargo against our southern neighbor.

If you're interested in pursuing a legal education, visit Concord Law School. We offer two online legal degrees: the Juris Doctor, which trains you to become a California-licensed attorney, and the Executive Juris Doctor, a doctorate in law for those who wish to build their legal expertise.* Request more information today.

Should the Right to an Attorney Be Extended to Civil Matters?
Could Postal Banking Help Underserved Communities & Boost the USPS?