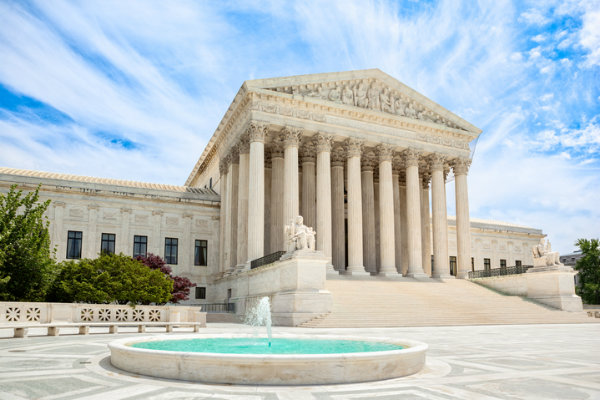 Most Americans are familiar with the principle of “double jeopardy,” which prohibits the government from prosecuting a criminal defendant twice for the same offense. For more than 160 years, however, the Supreme Court has held that prosecution by both state and federal courts does not violate this prohibition. On June 17, 2019, the Court reaffirmed this “separate sovereigns” exception to the double jeopardy rule, with only Justices Ruth Bader Ginsburg and Neil Gorsuch dissenting from the 7-2 decision.

In the case, Gamble v. United States, 587 U.S. ___ (2019), a convicted felon, Terance Gamble, pled guilty to firearms violations under Alabama Criminal Code § 13A-11-72 and was sentenced to one year in prison. Gamble was then indicted by federal prosecutors under 18 U.S.C. § 922(g) for the same possession of a firearm. He moved to dismiss on the grounds that the indictment violated the Fifth Amendment prohibition against double jeopardy.

The federal district court denied the motion and Gamble pled guilty to the federal charge, extending his sentence by almost three years. He appealed, again on double jeopardy grounds, and the Eleventh Circuit affirmed. The Supreme Court granted his writ of certiorari to consider whether to overturn the separate-sovereigns exception.

The Fifth Amendment to the Constitution states that no person shall “be subject for the same offence to be twice put in jeopardy of life or limb.” The Fourteenth Amendment applies the basic principles of due process and equal protection to the states. There is nothing in the text to suggest an exception to these rules.

However, the Supreme Court noted in Gamble that the separate-sovereigns principle is not an exception but rather derives from the plain meaning of the Constitution. Quoting Justice Scalia’s dissent in Grady v. Corbin, 495 U. S. 508 (1990), the Court held:

“The language of the Clause … protects individuals from being twice put in jeopardy ‘for the same offence,’ not for the same conduct or actions.” And the term “‘offence’ was commonly understood in 1791 to mean ‘transgression,’ that is, ‘the Violation or Breaking of a Law.’” … As originally understood, then, an “offence” is defined by a law, and each law is defined by a sovereign. So where there are two sovereigns, there are two laws, and two “offences.”

The Court went on to discuss numerous cases, dating as far back as 1847, in which this principle was upheld. It then explained the separate-sovereigns doctrine in the context of crimes committed abroad. If a U.S. citizen were murdered in another country, the U.S. has an interest in protecting that person’s rights while the country where the murder was committed has an interest in ensuring public safety within its territory.

Gamble argued that the “incorporation” principle, which requires that the states abide by the Fourth Amendment, undermines the separate-sovereigns doctrine. Federal prosecutors may not use evidence obtained in an illegal search conducted by state authorities, and vice versa. However, the Court found that incorporation does not affect the separate-sovereigns doctrine—it would merely require that the states abide by the Court’s longstanding interpretation of the Fifth Amendment.

Finally, Gamble argued that the rise in the number of federal criminal statutes increases the odds that a defendant will be prosecuted twice for the same conduct. The Court held that overturning the separate-sovereign doctrine would require a redefinition of the concept of an “offense” and would do nothing to stem the tide of federal criminal law.

In their separate but similar dissents, Justices Ginsberg and Gorsuch argued that the prohibition against double jeopardy has a long history, even when the offenses are against separate governments. While the majority opinion discounted the defendant’s references to English common law, nineteenth-century legal treatises and state court cases, and early Supreme Court cases, the dissenting opinions found these references highly supportive of Gamble’s position.

Furthermore, they noted that the Court quoted dicta—judicial commentary that isn’t directly relevant or necessary to the resolution to the case before the court—to discredit the cases Gamble relies upon. To support its position, the Court relied on cases that were narrowly decided over vigorous dissents. Justices Ginsberg and Gorsuch argued that such weak precedents do not warrant stare decisis.

The dissenting opinions also cast doubt on the basis for the separate-sovereigns principle—that the violation of state and federal laws through the same conduct constitutes separate offenses. Justice Ginsberg, quoting Alexander Hamilton in the Federalist No. 82, argued that “the United States and its constituent States, unlike foreign nations, are ‘kindred systems,’ ‘parts of ONE WHOLE.’” Justice Gorsuch noted that the Fifth Amendment is silent as to “separate sovereigns” and that “if two laws demand proof of the same facts to secure a conviction, they constitute a single offense under our Constitution.”

Most significantly, Justices Ginsberg and Gorsuch argued that sovereignty in the U.S. belongs not to federal and state governments but to the people. Justice Gorsuch wrote:

When governments may unleash all their might in multiple prosecutions against an individual, exhausting themselves only when those who hold the reins of power are content with the result, it is “the poor and the weak,” and the unpopular and controversial, who suffer first—and there is nothing to stop them from being the last.

If you’re interested in learning more about Constitutional law—or if you want to earn a California law license—visit Concord Law School. The nation’s first online law school, we offer an affordable and accessible legal education for people who otherwise may not be able to pursue one. Concord offers two online law degrees*:

What Are the Requirements to Get Into Law School?
States Must Take the Lead in Resolving Partisan Gerrymandering Cases