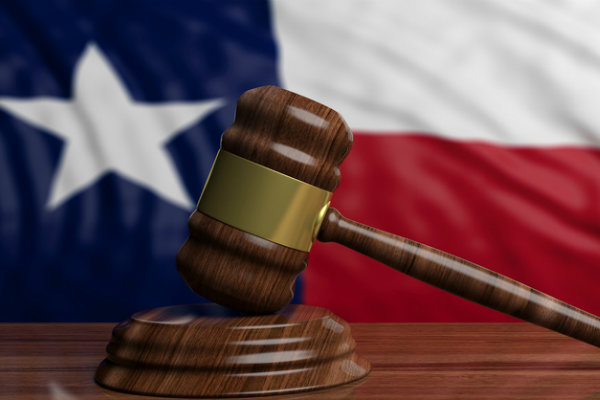 In February, Apple closed its stores in Frisco and Plano, Texas, opening a new store a few miles away in the Galleria Dallas mall. In a statement to TechCrunch, Apple said that it was consolidating the Frisco and Plano stores as it continues to make investments in Texas. However, legal analysts suspect the closings may have been aimed at eliminating Apple’s physical presence in the Eastern District of Texas.

As a frequent defendant in patent cases, Apple has good reason to flee the district. The Eastern District of Texas is notoriously patentee-friendly, and has established a “rocket docket” and special local rules that speed patent cases through trial. As a result, more than one-third of all U.S. patent infringement claims in 2016 were filed there, according to Lex Machina, with the majority heard in the Marshall Division before District Judge J. Rodney Gilstrap.

Without a regular place of business in the district, Apple can no longer be sued there. This is because the Supreme Court’s decision in TC Heartland LLC v. Kraft Foods Group Brands LLC, 581 U.S. _ (2017), tightened venue requirements for patent cases, curbing forum shopping by patentees.

To understand the significance of the Supreme Court’s decision in TC Heartland, it helps to have some basic background on the laws governing venue in federal cases.

The general federal venue statute is found in 28 U.S.C. § 1391. It provides in part that a defendant can be sued in the district in which it “resides.” The statute equates “residence” with personal jurisdiction, which is determined by the “minimum contacts” test established in International Shoe Co. v. State of Washington, 326 U.S. 310 (1945). If a company’s contacts with a state are “systematic and continuous,” the court has personal jurisdiction over the defendant even if the lawsuit is unrelated to the contacts. Companies such as Apple that have stores around the country are subject to personal jurisdiction—and thus venue—in virtually every district court.

However, in Fourco Glass Co. v. Transmirra Products Corp., 353 U.S. 222 (1957), the Supreme Court held that venue in patent cases is governed exclusively by 28 U.S.C. § 1400. That statute states that “any civil action for patent infringement may be brought in the judicial district where the defendant resides, or where the defendant has committed acts of infringement and has a regular and established place of business.” Here, “residence” for the purpose of patent venue refers to a company’s state of incorporation.   This test is more restrictive than the “minimum contacts” analysis for the general venue statute, requiring a stronger nexus between the defendant and the district where the patent suit is filed.

In 2011, Congress amended 28 U.S.C. § 1391 again, deleting the “under this chapter” language and adding a saving clause stating that the statute applies to federal civil actions “except as otherwise provided by law.” This opened the door to a challenge of VE Holding, which occurred when Kraft Foods sued TC Heartland for patent infringement in the District of Delaware.

TC Heartland moved to dismiss for lack of personal jurisdiction or to transfer venue to the Southern District of Indiana, where it is incorporated and has its headquarters. The company also argued that the 2011 amendments to 28 U.S.C. § 1391 eliminated that statute’s applicability to patent infringement suits. Both the District of Delaware and the Federal Circuit rejected these arguments.

The Supreme Court, however, disagreed. The Court took up the case and issued a unanimous opinion, holding that the amendments to 28 U.S.C. § 1391 had no effect on the patent venue statute or the Court’s decision in Fourco. Venue for patent cases is proper only where the defendant is incorporated or where the infringement occurred if the defendant regularly conducts business there.

Judge Gilstrap has attempted to keep patent cases in the Eastern District of Texas through a broad interpretation of 28 U.S.C. § 1400. In an order in Raytheon Co. v. Cray, Inc., for example, he found that Cray had a “regular and established place of business” in the district based on the presence of a single salesperson who worked from home. The Federal Circuit struck down this decision, finding that Judge Gilstrap’s refusal to transfer the case was an abuse of discretion.

Despite Judge Gilstrap’s efforts, the number of cases filed in the Eastern District of Texas dropped to just 13% within a year after TC Heartland was decided. The District of Delaware, where many companies are incorporated, now holds the number one slot. Some legal analysts worried that patent cases would drag on longer in less experienced courts, but the average time to resolution has actually declined.

Several major corporations, including Hewlett-Packard, Intel, and Oracle, have major presences in Plano and Frisco, virtually ensuring a steady stream of patent cases in the Eastern District of Texas. Nevertheless, TC Heartland was a win for companies such as Apple that have no real ties to the district.

To learn more about patent law, visit the United States Patent and Trademark Office. They have comprehensive information regarding patent laws, what can be patented, who may apply for a patent, and more.

If you're interested in obtaining an online legal education, visit Concord Law School. We offer two online legal degrees—the Juris Doctor, which trains you to become a California-licensed attorney, and the Executive Juris Doctor, a doctorate in law for those who wish to build their legal expertise.* Request more information today.

Someone Infringed on Your Copyright. Can You File Suit?
E-discovery, Privacy, and Cybersecurity Law

Study at, or graduation from, this law school may not qualify a student to take the bar examination or be admitted to practice law in jurisdictions other than California. A student who intends to seek admission to practice law outside of California should contact the admitting authority in that jurisdiction for information regarding its education and admission requirements.