States Must Take the Lead in Resolving Partisan Gerrymandering Cases 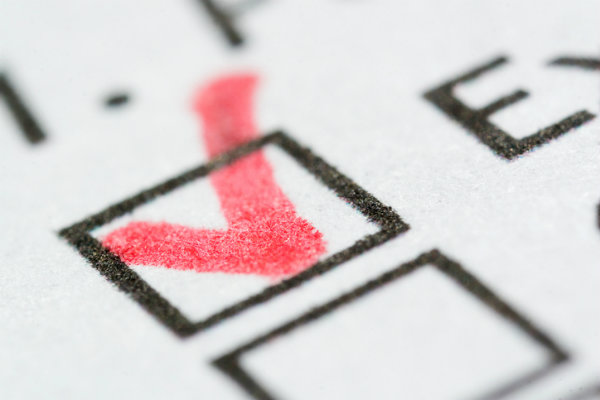 On September 27, 2019, Democrats in North Carolina filed suit in state court challenging the congressional district maps drawn by Republicans in 2016.

The lawsuit comes on the heels of a victory for Democrats on September 3, 2019, when a three-judge panel ruled that North Carolina’s state legislative district maps had been drawn to give extreme partisan advantage to Republicans. The complaint alleges that the “congressional map ‘arose in remarkably similar circumstances’ as the state legislative maps that the Court struck down” in Common Cause v. Lewis, and should be invalidated for the same reasons.

Democrats have accused Republicans of the “most extreme and brazen partisan gerrymander in American history.” Republicans have essentially conceded that these allegations are true—David Lewis, the North Carolina House Republican in charge of the redistricting efforts, stated that the map was designed to limit Democrats to 3 of the state’s 13 congressional seats. He settled for this result only because he believed it would be impossible “to draw a map with 11 Republicans and 2 Democrats.”

The map achieved its desired objective. In the 2018 midterm elections, Democrats won only three seats in North Carolina’s congressional delegation despite garnering almost half of the votes. Nevertheless, North Carolina Republicans have accused Democrats of “judge shopping” to obtain a result in state court that they were unable to achieve in the U.S. Supreme Court. The Court had held in June in Rucho v. Common Cause, 588 U.S. ___ (2019), that partisan redistricting is a nonjusticiable political question that cannot be adjudicated by federal courts.

A Brief History of Political Gerrymandering

The term “gerrymandering” refers to the manipulation of electoral maps to favor a particular political party or class of voters. There are two principal types. “Packing” forces the opposing party’s voters into as few districts as possible, while “cracking” spreads those voters across as many districts as possible. Both tactics have the effect of diluting the opposing party’s vote.

Gerrymandering is not, per se, illegal. The Supreme Court has addressed the constitutional requirement that seats in the House of Representatives be apportioned by the “actual enumeration” of persons every 10 years. In the 1960s, the Court held that electoral districts must be reapportioned to account for changes in population, and that legislative seats be apportioned as equally as possible based upon population size.

The Court has also adjudicated cases alleging racial gerrymandering. Section 2 of the Voting Rights Act of 1965, 52 USC § 10301, prohibits any “standard, practice, or procedure” that denies or abridges the right to vote based upon race, color, or minority language. When Georgia, Louisiana, North Carolina, and Texas packed African-Americans in bizarrely shaped majority-minority districts ahead of the 1992 and 1994 elections, those plans were struck down on constitutional grounds.

Is Gerrymandering a Political Question?

The matter came to a head this year with gerrymandering challenges in Maryland, Michigan, North Carolina, and Ohio. In Maryland, Republicans challenged Democrat redistricting. In the other three states, Democrats filed suit. Lower courts held for the plaintiffs in all four cases, finding that the redistricting maps violated the constitutional right of voters.

In the Michigan case, Republicans argued that Democrats had resorted to similar gerrymandering tactics when they were in charge. However, the discovery of a huge cache of memos and emails following the death of Republican redistricting mastermind Thomas Hofeller cast doubt on the Republicans’ claim. The documents painted a picture of a years-long strategy to win swing states in 2010 and translate those victories into control over future redistricting maps. A 2012 memo titled “RNC Redistricting Program Underpins GOP Success in U.S. House and State Legislatures” suggests that gerrymandering played a central role in Republican strategy.

The North Carolina and Maryland cases were appealed directly to the Supreme Court and the Michigan and Ohio cases were stayed pending the Court’s decision. In its 5-4 opinion issued in Rucho, the Court found that partisan gerrymandering is a nonjusticiable political question lacking “judicially discoverable and manageable standards” for resolving it. Instead, partisan gerrymandering must be addressed by Congress, state legislatures, or state constitutional amendments. The Court also suggested that state courts were in a better position to apply “standards and guidance” provided in state statutes and constitutions. The majority opinion did not address the Hofeller documents.

Despite the Rucho decision, the Wake County, N.C. Superior Court found in Common Cause v. Lewis that the Republican redistricting maps violated the Free Elections Clause, the Equal Protection Clause, and Freedom of Speech and Assembly Clauses of the North Carolina constitution:

A majority of voters of both parties are against partisan gerrymandering. But without help from the highest court in the land, it will be up to individual states to restore fairness to the electoral process.

If you're interested in pursuing a legal education, visit Concord Law School. We offer two online legal degrees: the Juris Doctor, which trains you to become a California-licensed attorney, and the Executive Juris Doctor, a doctorate in law for those who wish to build their legal expertise.* Request more information today.

Supreme Court Reaffirms Exception to Double Jeopardy
Should the Right to an Attorney Be Extended to Civil Matters?