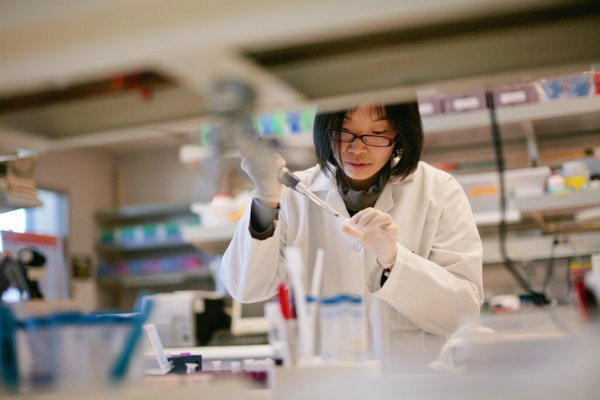 A federal judge in the Southern District of Florida held in June that the U.S. Food and Drug Administration (FDA) has the authority to regulate certain stem cell therapies as drugs. The ruling represents a major victory in the FDA’s multi-year campaign to crack down on clinics marketing risky and unapproved treatments.

What Is Stem Cell Therapy?

Stem cells are the body’s so-called master cells, which are capable of transforming into other types of cells with specific functions—a process called differentiation. Embryonic stem cells can become any type of cell. Stem cells are also present in amniotic fluid and umbilical cord blood, and the latter are approved by the FDA to treat blood-related diseases.

Adult stem cells were once thought to create cells only of the same type. However, research has shown that adult stem cells have some limited differentiation capabilities. This has given rise to hundreds of clinics across the U.S. offering cell-based regenerative medicine.

Stem cells are taken from the patient’s fat tissue, bone marrow, or blood and used to treat diseases ranging from osteoarthritis to macular degeneration to multiple sclerosis.

The clinics claim a high success rate, but a number of patients have suffered serious injuries and side effects. This led the FDA to issue new guidelines and a regulatory framework for cell-based regenerative medicine, and to take legal action against clinics that, it says, endanger the health of patients.

What Constitutes a Drug?

The U.S. Department of Justice filed suit against the U.S. Stem Cell Clinic of Weston, Florida, and two of its officers in May 2018, alleging that the defendants’ stromal vascular fraction (SVF) product was a drug subject to regulation under the Food, Drug, and Cosmetic Act (FDCA).

Rather than simply collecting a patient’s fat tissue and reinjecting it, the defendants subjected the tissue to a multistep manufacturing process using multiple types of materials and equipment.

The lawsuit further alleged that the defendants violated 21 U.S.C. § 331(k) by failing to prevent contamination and by failing to include required information on the drug’s labeling. The government sought a permanent injunction pursuant to 21 U.S.C. § 332(a) “to prevent Defendants from experimenting on patients with adulterated and misbranded drugs.”

In their answer, the defendants argued that SVF is not a “product” that is “manufactured” and therefore is not subject to FDA regulation. To the extent that SVF might be considered a drug, the defendants claimed an exception under 21 CFR § 1271.15(b) for material that is removed from and implanted in the same patient during the same surgical procedure.

Under Section 321 of the FDCA, drugs are defined as “articles intended for use in the diagnosis, cure, mitigation, treatment, or prevention of disease.” The FDA alleged that the defendants’ websites and other materials promoted SVF for the treatment of Parkinson’s disease, stroke, diabetes, heart disease, and other conditions.

Furthermore, the FDA alleged that SVF constituted a biological product under the Public Health Service Act (PHSA), 42 U.S.C. § 201, et seq. Section 262 defines a biological product as any “virus, therapeutic serum . . . or analogous product . . . applicable to the prevention, treatment, or cure of a disease or condition of human beings.” Biological products generally are subject to regulation under the FDCA.

In granting the government’s motion for summary judgment, District Court Judge Ursula Ungaro held that SVF is a drug, that it is adulterated and misbranded, and that it does not qualify for any exception to FDA regulation. Finding that the defendants would likely continue to violate the FDCA, the judge agreed that the FDA was entitled to an injunction.

More significantly, the ruling opens the door for the FDA to regulate stem cell therapies. The FDA has broad authority to evaluate drugs, food supplements, certain medical devices, and other items to determine if the benefits outweigh the potential risks.

The agency does not do its own testing but requires the product’s manufacturer to conduct clinical testing and human trials. These studies must meet the FDA’s rigorous scientific standards, while also ensuring that the human subjects are not subjected to unnecessary risks. Generally, clinical studies consist of five phases and require several years to complete.

However, the 21st Century Cures Act of 2016, Pub.L. 114-255, provides for expedited approval of products designated as a Regenerative Medicine Advanced Therapy (RMAT). An RMAT is defined as a “cell therapy, therapeutic tissue engineering product, human cell and tissue product, or any combination product” that is used to treat a medical condition and is not regulated under the PHSA or 21 CFR § 1271.

The FDA has published a guidance document providing its interpretation of the accelerated approval process.

The FDA has acknowledged that stem cell therapies hold great promise for replacing damaged tissues and combating disease, and it is taking steps to promote their development. At the same time, the agency has sought oversight of unscrupulous practitioners who could potentially harm patients. The ruling in the U.S. Stem Cell Clinic case will enable the FDA to pursue legal action against clinics seeking to capitalize on stem cell therapies before they are thoroughly tested.

As the FDA continues to monitor clinics that manufacture or market unapproved stem cell products to patients, health law experts are increasingly needed across a variety of industries. Concord Law School offers an online Executive Juris Doctor program with a health law track that provides advanced legal training on such issues, and an online Juris Doctor for those who wish to practice law in California or certain federal forums.* Single courses in health law and technology and the law are also available. Request more information today.