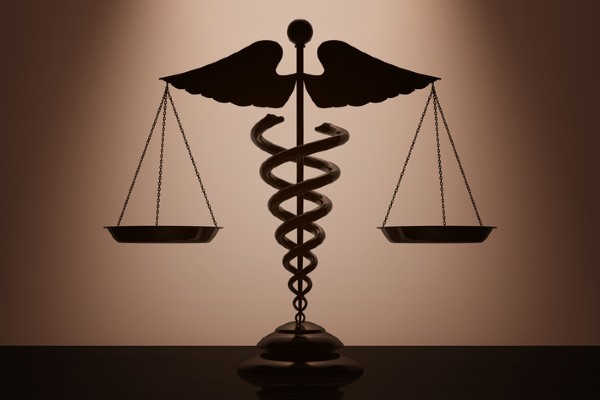 The business side of health care is changing rapidly as more doctors leave private practice to join hospital groups. According to data from the Physicians Advocacy Institute, the number of doctors employed by hospitals increased more than 70% from July 2012 through January 2018. Additionally, the number of physician practices acquired by hospitals increased by as much as 303% over the same timeframe, depending on the region.

Working for a hospital frees physicians from the hassles of dealing with insurance companies, but it often brings a new set of headaches. Hospitals and large practice groups typically require doctors to sign employment agreements that include noncompete clauses. Such clauses restrict how and where a physician may practice after leaving employment, and often limit access to existing patients.

The health care industry can ill afford to lose doctors as demand for services skyrockets. Furthermore, enforcement of noncompete agreements interferes with doctor-patient relationships and disrupts continuity of care. Because of these issues, some states have enacted laws that prohibit or limit the use of noncompete agreements for physician employees.

Even setting aside the coronavirus pandemic, the health care industry does not have enough qualified workers to meet burgeoning demand. According to the Association of American Medical Colleges (AAMC), the U.S. will see a shortage of up to 122,000 primary care and specialty physicians by 2032. Emerging health care delivery models, such as the increased use of physician assistants, are only expected to reduce demand for doctors by 1%.

Several factors are driving this crisis:

Many health care organizations have been hiring workers from other countries, particularly facilities in a designated Health Professional Shortage Area or Medically Underserved Area. The National Interest Waiver for Physicians enables noncitizen physicians practicing in these areas to obtain Permanent Resident status, while the J-1 visa waiver allows international medical graduates to remain in the U.S. after completing their residency or fellowship training. However, changing policies and program requirements make the hiring of foreign-trained workers difficult.

Hospitals and other health care facilities may view noncompete agreements as means of retaining doctors they’ve worked hard to recruit. However, restricting physician employment limits access to care and drives up costs.

Organizations commonly require employees to sign noncompete agreements to prevent them from going to work for competing firms or setting up competitive businesses. Such agreements typically restrict competition for a specified length of time within a certain geographic area and/or line of business.

In many states, enforcement of noncompete agreements is based upon common law. Relevant case law has generally held that such agreements are enforceable if their terms are not overbroad. Some states have codified these criteria—for example, Florida Statutes § 542.335 permits noncompete agreements as long as they are reasonable, signed by the person whose business activity is being limited, and justified by “legitimate business interests.”

However, on June 25, 2019, Florida added § 542.336, which prohibits restrictive covenants between physicians and entities such as rural hospitals that have no real competition in their geographic area. Moreover, the law states that such noncompete agreements remain “void and unenforceable” for three years after a competitive entity enters the same county.

The law addresses the imbalance of power between physician employees and hospitals and hospital-owned medical groups. It is also designed to help ensure patients have access to care options, particularly in rural counties.

Several states, including Delaware, Massachusetts, and Rhode Island, have statutes that prohibit noncompete agreements to the extent they restrict a doctor’s right to practice, but permit other provisions, such as confidentiality and non-solicitation. Many employers use this loophole to require that doctors pay liquidated damages, even if the employer terminates the contract. Colorado specifically allows for such damages, although they must be “reasonably related to the injury suffered.”

Texas law allows physician noncompete agreements but includes provisions to protect patients and ensure continuity of care. Such agreements must:

Other states, such as Connecticut and Tennessee, place statutory limits on the length of time and geographic restrictions in physician noncompete agreements. The West Virginia Physicians Freedom of Practice Act states that a noncompete agreement is unenforceable if the employer terminates the physician.

Read the American Medical Association’s opinion on physician noncompetes (called “restrictive covenants”) as well as the letter it submitted to the Federal Trade Commission on February 7, 2020.

Visit Concord Law School to learn about earning an advanced legal education online. Our Executive Juris Doctor program offers a health law track for those wishing to gain specialized knowledge of health law and administrative law. We also offer an online Juris Doctor for those who wish to become an attorney licensed in California.* Request more information today.