Should Lawyers Who Filed Election Lawsuits Be Sanctioned or Disciplined? 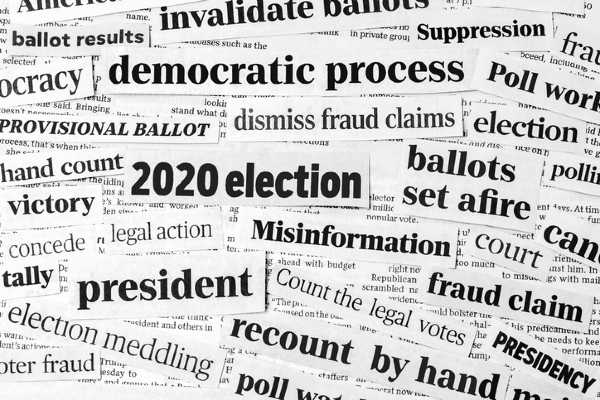 Everyone deserves zealous representation in legal matters. However, there is a growing outcry against the lawyers who have filed or participated in lawsuits attempting to overturn the 2020 presidential election. Many legal scholars argue that these attorneys should be sanctioned by the courts and disciplined by their bar associations. The question does not concern the lawyers’ political views but whether they were attempting to use the court system to advance a political argument without sufficiently valid legal basis.

Dozens of lawsuits were filed in multiple state and federal courts by the Trump campaign, Republican groups, and others seeking Trump’s reelection. The majority were either dropped by the plaintiffs or dismissed by the court for lack of evidence. Some failed due to lack of standing, procedural issues, or because the wrong party was named as defendant. The filings were riddled with misspellings and other errors and showed a lack of understanding of basic legal concepts.

One lawsuit was successful—a challenge to the ability of Pennsylvania voters to fix mail-in or absentee ballots of minor deficiencies. The case affected very few votes, however, and the ruling was ultimately overturned by the Pennsylvania Supreme Court.

Lawyers are expected to advocate for their clients, but they are also officers of the court who must conduct themselves within certain guidelines. According to numerous judges, lawyers, and legal analysts, many of the lawsuits alleging widespread election fraud and irregularities were “frivolous” or “entirely without merit.” Procedural rules prohibit the filing of such lawsuits, and the court may sanction the lawyer or client. The lawyer may also be disciplined for violating legal ethics rules.

Rule 11 of the Federal Rules of Civil Procedure governs the filing of lawsuits, motions, and other documents, and most states have adopted it in some form. It requires that every representation to the court have a basis in the law or “a nonfrivolous argument for extending, modifying, or reversing existing law or for establishing new law.” A lawyer may develop new legal theories that can be supported by a reasonable argument and the facts of the case.

Allegations must be backed by the evidence or “likely have evidentiary support after a reasonable opportunity for further investigation or discovery.” Perhaps most importantly, a lawyer may not make representations “for any improper purpose, such as to harass, cause unnecessary delay, or needlessly increase the cost of litigation.”

The 2020 election lawsuits were uniformly rejected by the courts for violating one or more of these requirements. A case in Michigan was dismissed because the allegations were “not credible,” and another in Georgia was described as having “no basis in fact and law.” A Pennsylvania court held that a Trump campaign lawsuit seeking to discard millions of votes was “presented with strained legal arguments without merit and speculative accusations.” The Washington Post estimates that these legal challenges and the need to provide security for election officials have cost states $2.2 million.

Rule 11 gives the court authority to sanction a lawyer, law firm, or party for violating its requirements. The sanctions may be imposed on motion of another party or the court’s own initiative. The sanctions may involve a monetary penalty, a “nonmonetary directive,” or an award of reasonable attorneys’ fees and expenses incurred by another party as a result of the violation. A primary objective of a sanction is “to deter repetition of the conduct or comparable conduct by others similarly situated.”

Any attorney or other person admitted to conduct cases in any court of the United States or any Territory thereof who so multiplies the proceedings in any case unreasonably and vexatiously may be required by the court to satisfy personally the excess costs, expenses, and attorneys’ fees reasonably incurred because of such conduct.

In November 2020, lawyers for the City of Detroit asked the court to strike a Trump campaign filing from the case record as a sanction for spreading disinformation. In January 2021, Michigan officials filed a motion for sanctions against four attorneys for pursuing frivolous claims and failing to dismiss a case after acknowledging it was moot. The motion seeks $11,071 in attorneys’ fees.

Some attorneys and legal observers have questioned why judges presiding in these cases have not sanctioned plaintiffs’ counsel—particularly when lawyers are routinely threatened with sanctions for far less. Others say judges are hesitant to pursue sanctions in a political matter.

Most states base their ethical rules on the American Bar Association Model Rules for Professional Conduct. Model Rule 3.1 mirrors Rule 11, prohibiting lawyers from filing frivolous lawsuits. Violation of ethical rules can result in discipline, including disbarment. Disciplinary proceedings are, in effect, trials with a “clear and convincing evidence” standard of proof.

Whether any attorneys advocating claims of election fraud will be sanctioned or disciplined is an open question. In the meantime, the legal field has shunned many of these practitioners. Prominent lawyers and law firms have withdrawn from election-related litigation and distanced themselves from Trump and the GOP. Economic realities and the court of public opinion may ultimately decide the fate of lawyers who have sought to overturn the election in court.

Learn More About the Law