Should the Right to an Attorney Be Extended to Civil Matters? 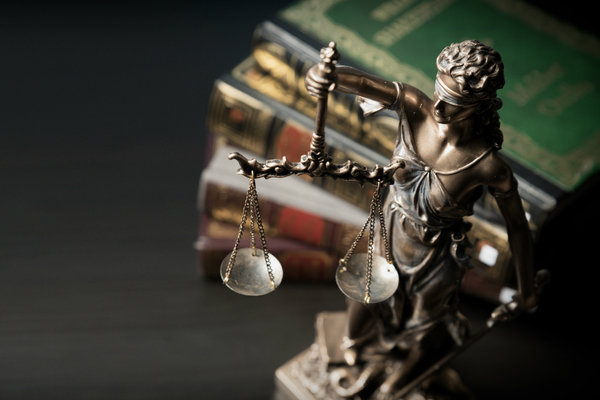 Criminal defendants have the right to “assistance of counsel” under the Sixth Amendment to the Constitution, and the Supreme Court’s ruling in Gideon v. Wainwright, 372 U.S. 335 (1963), established that states must appoint lawyers to represent indigent criminal defendants. Generally, however, the right to an attorney does not extend to civil cases, leaving the poor to navigate the legal system without representation. Poor litigants can lose substantial rights in summary proceedings where the cards are stacked against them.

Evictions provide a case in point. Having limited knowledge of their rights and the legal remedies available to them, low-income renters are poorly prepared to defend themselves against a landlord who is represented by counsel. Once evicted, they face significant hurdles—a blemished credit record and an inability to obtain housing from landlords reluctant to rent to them.

Similar scenarios play out in many other civil proceedings. In some cases, the defendant may be the one who has been wronged, but without counsel, they have little hope of prevailing.

A growing number of state and local lawmakers are seeking to remedy this problem by ensuring the right to counsel in civil matters—a concept called “Civil Gideon” in reference to the landmark Supreme Court case. Proponents say that civil matters involving health and safety, shelter, sustenance, and parental rights raise many of the same concerns that the Court addressed in Gideon.

Charles Earl Gideon was charged in Florida with breaking and entering, a felony. Unable to hire an attorney, he requested that a lawyer be appointed for him. The court denied his petition because, at that time, Florida only appointed counsel for defendants charged with capital offenses. Gideon defended himself and was convicted and sentenced to five years in prison.

Gideon ultimately appealed to the U.S. Supreme Court, which agreed to hear the case. The question before the Court was whether the Sixth Amendment guarantee of a right to counsel applied to the states.

Just 20 years earlier, the Court held in Betts v. Brady, 316 U.S. 455 (1942), that “appointment of counsel is not a fundamental right, essential to a fair trial” and thus not protected under the due process clause of the Fourteenth Amendment. The Gideon Court noted that in several older cases, the assistance of counsel was found to be a fundamental right. For example, in Powell v. Alabama, 287 U.S. 45 (1932), the Court held that, at minimum, states must appoint counsel in capital cases:

The right to be heard would be, in many cases, of little avail if it did not comprehend the right to be heard by counsel. Even the intelligent and educated layman has small and sometimes no skill in the science of law... He lacks both the skill and knowledge adequately to prepare his defense, even though he have a perfect one. He requires the guiding hand of counsel at every step in the proceedings against him.

Based on this precedent, the Gideon court reversed Betts and established the right to counsel in all criminal prosecutions.

The Constitution is silent as to the appointment of counsel in civil matters, and in the U.S., civil litigants generally pay their own attorneys’ fees. However, Congress has recognized the imbalance of power between plaintiffs and defendants in civil rights, housing and employment discrimination, and other cases, and numerous statutes allow federal courts to award reasonable attorneys’ fees to the winning party.

In Texas State Teachers Assn. v. Garland Indep. School Dist., 489 U.S. 782 (1989), the Supreme Court held that a party who “succeeds on any significant issue in litigation which achieves some of the benefit the parties sought in bringing the suit” is entitled to some kind of fee award. The Court reiterated that fee-shifting is designed to encourage “private attorneys general” to bring cases that impact government policy.

The importance of these fee-shifting statutes cannot be overstated. The enormous cost of bringing a case to trial in federal court would discourage most potential litigants, and few attorneys would accept a civil rights or discrimination case on a contingency basis. A number of nonprofit organizations offer civil legal aid services, but more than half of those seeking assistance are turned away because there aren’t enough resources, according to the U.S. Department of Justice.

Yet fee-shifting isn’t the same as guaranteed representation, and federal statutes do not cover the civil cases that play out in state and local courts. That’s why the American Bar Association House of Delegates unanimously approved a resolution in 2006 that all federal, state, and territorial governments provide low-income individuals with legal counsel in all adversarial proceedings involving basic human needs. The resolution notes that a right to counsel in civil matters is supported by common law, public policy, and federal and state constitutional principles.

Some state and local lawmakers are responding with legislation that expressly provides for counsel in child custody, guardianship, and other civil matters. The Civil Gideon movement is slowly helping to level the playing field for low-income litigants who face overwhelming odds without assistance of counsel.

Learn More About Civil Gideon and Access to Justice Issues

To learn more about the Civil Gideon movement, visit:

States Must Take the Lead in Resolving Partisan Gerrymandering Cases
Title III of the Helms-Burton Act: Reparations or a Secondary Cuba Embargo?