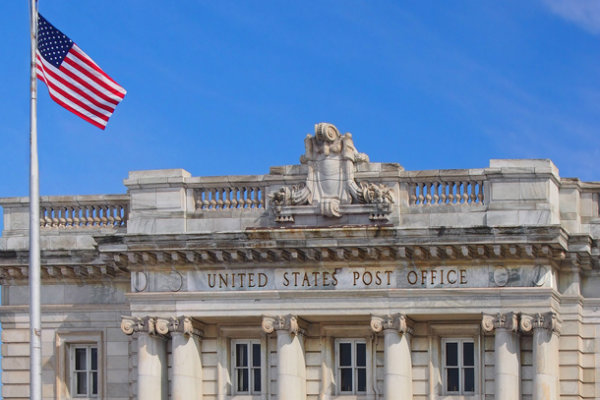 Established by the Postal Savings Bank Act of 1910, the Postal Savings System was designed to restore public confidence in financial institutions and provide a convenient alternative to traditional banks. By 1947, almost $3.4 billion was held on deposit with the Post Office Department, the forerunner of the U.S. Postal Service (USPS). But within two decades, the system was shut down.

Now, more than 50 years later, a growing number of activists and lawmakers are calling for a revival of postal banking. Allowing post offices to provide financial services would offer a much-needed alternative in the banking deserts now dominated by predatory lending operations, advocates say. City leaders in Cleveland, Ohio; Baltimore, Maryland; and the Bronx, New York; are among the strongest supporters of postal banking due to the large proportion of unbanked and underbanked residents in those communities.

Financial institutions are opposed to the idea, arguing that financial services are outside the core expertise of the USPS and that postal banking would unfairly compete with the private sector.  Bank and credit union associations have fought House and Senate bills that would authorize the USPS to provide basic financial services such as checking and savings accounts and small loans. Some with knowledge of the banking industry advocate for legislation that would prohibit the USPS from providing banking services. Instead, they suggest removing regulatory roadblocks that may inhibit competition and limit consumer choice.

A History of Postal Banking

In the early 20th century, a series of bank failures had eroded consumer confidence in financial institutions. Congress was looking for ways to get money out of mattresses and cookie jars and into a safe depository backed by the federal government. The Postal Savings System created interest-bearing accounts that could be opened by anyone age 10 or older with a minimum deposit of $1. Initially, the maximum account balance was $500, excluding interest. That limit was increased to $2,500 by 1918.

The Post Office Department deposited the funds in local banks at 2.5% interest—a concession to private institutions that didn’t want the money going to the federal Treasury. Deposits earned 2% interest, compounded annually, and the Post Office retained .5% for administrative overhead. Deposits and interest rates were kept low to appease private-sector bankers who viewed the system as competition.

But as banks failed during the Great Depression, the Postal Savings System provided a safe haven for depositors before the formation of the Federal Deposit Insurance Corporation (FDIC). By 1934, the system had $1.2 billion on deposit—about 10% of the assets of the entire commercial banking system. After World War II, federally insured banks began offering higher interest rates, so consumer interest in postal banking declined. In 1967, the system was shut down due to declining deposits and a push to streamline the federal government.

Postal banking initially was designed to provide financial services for rural communities in the South and West. By 1915, however, more than 70% of depositors were urban immigrants who were familiar with postal banking in their home countries. Postal banks provided a welcome alternative to the banks they distrusted.

Today, the problem isn’t a distrust of banks but a lack of banking services. A 2017 FDIC survey found that more than 25% of U.S. households were unbanked or underbanked, representing 63 million adults and 21.8 million children. Many live in low-income areas dominated by payday and auto title lenders, checking/cashing services, and pawnshops. These predatory lenders charge fees that equate to an annual percentage rate of almost 400%.

Many states are taking steps to rein in predatory lending, but that would leave underserved communities with few options. Postal banking could fill the gap, taking advantage of the more than 17,000 post office facilities located in banking deserts. As a federal agency, the USPS is required by law to serve the community—39 USC § 101 mandates that the USPS “provide prompt, reliable, and efficient services to patrons in all areas.”

The USPS is already the largest provider of money orders, processing 95 million in money order transactions worth $21 billion annually. Postal workers also cash Treasury checks and handle international paper and electronic money orders. They are trained and certified under the Bank Secrecy Act, 31 USC § 5311, et seq., in the detection of money laundering, terrorist financing, and other criminal activity.

Nevertheless, the Independent Community Bankers of America has argued that post offices don’t have formal processes for protecting sensitive financial information and that postal banking would require substantial investments in personnel and internal systems. The USPS would also need to raise billions of dollars in capital—a difficult proposition for an organization with more than $13 billion in outstanding debt.

Perhaps the strongest pushback has come from the USPS itself. In a statement published on its website, the USPS states:

Our core function is delivery, not banking. To the extent our research concludes that we can legally provide additional services at a profit and without distracting from our core business, we would consider these. However, public policy and regulatory discussions must be addressed before the Postal Service invests in an area outside our core function.

However, the U.S. Postal Service Office of Inspector General has stated that the USPS could offer some financial services in partnership with banks under existing regulatory authority.

Although postal banking is commonplace in countries around the world, it has long been subject to fierce political debate in the U.S. Today, commercial banks and credit unions are lobbying against a revival of postal banking. Yet history suggests that it could be the ideal solution for millions of unbanked and underbanked Americans.

If you’re interested in learning more about the law—or if you want to practice law in California—visit Concord Law School. The nation’s first online law school, we offer an affordable and accessible legal education for people who otherwise may not be able to do so. Concord offers two online law degrees*:

Title III of the Helms-Burton Act: Reparations or a Secondary Cuba Embargo?
FTC Proposes Changes to the GLBA to Strengthen Cybersecurity