Congressman Nunes' Lawsuit Could Have a Chilling Effect on Free Speech 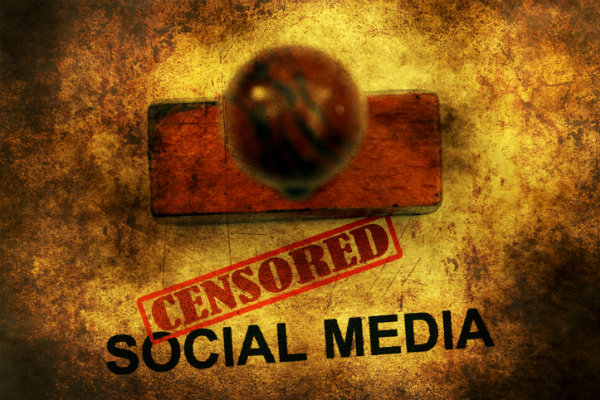 United States Congressman Devin Nunes (R-Calif.) became the subject of widespread ridicule when he filed a defamation lawsuit against Twitter, a political strategist, and two parody accounts in March. The lawsuit inspired countless puns and memes from social media users and served as the butt of jokes by late-night talk show hosts. It’s no laughing matter for the defendants, however, who are faced with the potentially enormous cost of a legal battle.

Nunes’ lawsuit against Twitter, political strategist Liz Mair, and the “Devin Nunes’ cow” and “Devin Nunes’ Mom” parody accounts seeks $250 million in damages for alleged “negligence, defamation per se, insulting words, and civil conspiracy.” The complaint alleges that the latter three defendants posted hundreds of false and defamatory statements on Twitter and were working in concert to intimidate Nunes and interfere with his duties as a U.S. Congressman. Twitter is named as a defendant for allowing the creation and operation of the accounts.

Talk show hosts and Twitter users focused on the suit’s unintended consequences—it immediately drove much larger audiences to the accounts named in the complaint. One of the parody accounts, Devin Nunes’ cow (@DevinCow), had 1,200 followers before the lawsuit was filed. Within days, the account had amassed more than 600,000 followers—nearly twice the size of Nunes’ own Twitter audience.

The lawsuit is of questionable merit. Courts have repeatedly ruled that satire is protected by the free expression clause of the First Amendment. Additionally, Twitter policies allow for parody accounts as long as users plainly state in their profiles that the account is for parody. However, Nunes’ lawsuit could have a chilling effect on free speech if social media commenters face the threat of being dragged into lawsuits for satirical commentary.

A Look at Anti-SLAPP Laws

It is worth noting that Nunes filed his lawsuit in Henrico County Circuit Court in Virginia, even though both he and Twitter are based in California. The location hints that he is avoiding the anti-SLAPP laws enacted by California and 27 other states. These laws are meant to deter “strategic lawsuits against public participation”—cases that seek to quell speech by forcing defendants to expend significant time and money defending themselves.

Most anti-SLAPP laws include provisions allowing defendants to file a motion to dismiss on the grounds that any allegedly defamatory statements involved “matters of public concern.” This shifts the burden to plaintiffs to prove they will likely prevail. More importantly, many of these statutes allow prevailing defendants to collect attorneys’ fees, which ordinarily cannot be recovered in a defamation case.

Until recently, the Virginia anti-SLAPP law applied only to statements made at public hearings, and was founded in the First Amendment right to petition the government. In 2017, Virginia extended the statute, Va. Code § 8.01-223.2, to statements regarding matters of public concern, and included a provision for the recovery of attorneys’ fees by prevailing defendants.

An exception for “statements made with actual or constructive knowledge that they are false” weakens Virginia’s law. Actual or constructive knowledge of a statement’s falsehood is already a prima facia element of defamation. The law also includes an exception for “reckless disregard for whether [the statements] are false,” which has long applied to defamation cases involving matters of public concern.

The “reckless disregard” standard was established in New York Times Co. v. Sullivan, 376 U.S. 254 (1964), which held that a government official or public figure must prove that a publisher made a statement “with ‘actual malice’—that is, with knowledge that it was false or with reckless disregard of whether it was false or not.” Justice Brennan noted “a profound national commitment to the principle that debate on public issues should be uninhibited, robust, and wide-open, and that it may well include vehement, caustic, and sometimes unpleasantly sharp attacks on government and public officials.”

This principle extends to parody. Hustler Magazine published a parody “advertisement” portraying evangelist Jerry Falwell as a drunk engaged in an incestuous relationship with his mother. In Hustler Magazine, Inc. v. Falwell, 485 U.S. 46 (1988), the Court found that, even if speech is “patently offensive and is intended to inflict emotional injury,” a defendant cannot be held liable for damages “when that speech could not reasonably have been interpreted as stating actual facts.”

In his complaint, Nunes asks the court to order Twitter to disclose the identities of the persons behind the parody accounts. However, the Supreme Court held in McIntyre v. Ohio Elections Commission, 514 U.S. 334 (1995), that the First Amendment protects the anonymous publication of political materials.

It seems unlikely that Nunes can overcome the high bar the Supreme Court has set for defamation claims by public figures. And perhaps that’s not the intent. Even if Nunes loses the case, the lawsuit sends a signal to social media commenters and parody accounts that freedom of speech can exact a high cost.

If you’re interested in learning more about the First Amendment, visit the National Constitution Center. If you are interested in obtaining a legal education to work in the field of law, explore Concord Law School’s online Executive Juris Doctor and Juris Doctor degree programs.

The Enormous Toll of Patent Troll Litigation
Do Data Breach Victims Have Standing to Sue?

The views and opinions expressed in this blog are solely those of the author(s) and do not represent the views of Concord Law School at Purdue University Global. Any reference to a product or service does not constitute an endorsement.