More Than a Year After the Death of Net Neutrality, Debate Rages On 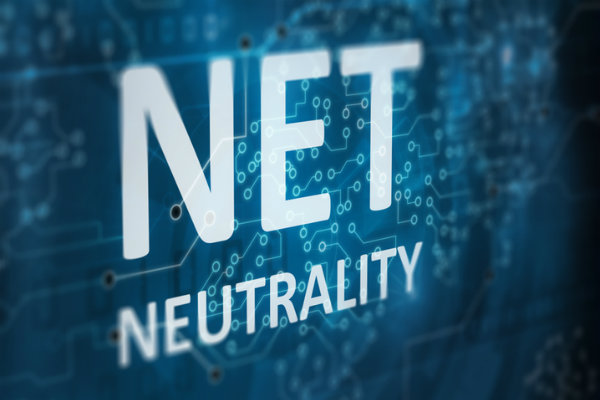 The Federal Communications Commission (FCC) repealed the Obama-era net neutrality law as of June 11, 2018, but debate over the issue continues. Proponents of repeal say it has resulted in faster internet speeds, increased broadband access, and greater investment in telecom services. Opponents say that the FCC’s method for measuring broadband access is flawed, and that telecom companies have been slowing streaming speeds and interfering with competitive services.

Net neutrality is the principle that internet service providers should not be allowed to control the delivery, speed, or cost of internet communications based upon content, platform, or other criteria. It is based on the concept of a common carrier—a public or private entity that provides transportation or shipping services to the general public for a fee. Generally, a common carrier is not allowed to discriminate against those who use its services.

Over time, the term “common carrier” has come to apply to telecommunication services and pipelines as well as various modes of transportation. However, applying those same principles to internet service providers (ISPs) has proven to be problematic, despite overwhelming public support.

The Communications Act of 1934, 47 U.S.C. § 151, et seq, established the FCC to regulate providers of interstate wire or radio services as common carriers. The law was overhauled in 1996 to regulate communication by content rather than technology, and to reduce regulation overall to encourage competition. The Telecommunications Act of 1996 also added Section 706, encouraging the deployment of broadband internet capabilities.

But while the Act encouraged development of the internet, it gave the FCC limited authority to regulate it. That’s because ISPs were classified not as “common carriers” but as “information services,” defined in 47 U.S.C. § 153(24) as “generating, acquiring, storing, transforming, processing, retrieving, utilizing, or making available information via telecommunications.”

By 2010, the FCC recognized the importance of ensuring that the internet remained “an open platform for innovation, investment, job creation, economic growth, competition, and free expression.” In a December 21, 2010, Report and Order, the FCC prohibited ISPs from blocking lawful content and applications and from unreasonably discriminating against the transmission of lawful services, while making it clear that ISPs are not common carriers. Organizations such as the Electronic Frontier Foundation argued, among other things, that the emphasis on lawfulness gave ISPs the freedom to block content based upon alleged copyright infringement.

Victory Then Defeat for Net Neutrality

On January 20, 2011, telecom provider Verizon sued the FCC, arguing that the 2010 order exceeded the agency’s statutory authority. In Verizon v. FCC, 740 F.3d 623 (D.C. Circuit 2014), the court held that Section 706 gave the FCC the authority to regulate broadband internet providers, but that the anti-blocking and anti-discrimination rules imposed common carrier obligations on entities that had not been designated as such. The FCC was left with no choice but to reclassify ISPs as common carriers if it wished to regulate them.

That finally occurred with the February 26, 2015, Open Internet Order. The FCC implemented rules prohibiting the blocking and throttling of lawful traffic and shored up weaknesses in the 2010 Report and Order. Acknowledging the rapid evolution of internet technologies, it provided for flexible enforcement on a case-by-case basis.

The victory for Net Neutrality advocates was to be short-lived—Ajit Pai, incoming FCC chairman under the Trump administration, proposed that the 2015 regulations be repealed. A majority of the FCC agreed and the agency adopted the Restoring Internet Freedom Order on December 14, 2017, reclassifying ISPs as information services. The FCC argued that ISP transparency requirements coupled with existing consumer protection and antitrust laws were sufficient to prevent unfair practices.

Fierce Debate Over Next Steps

The FCC contended that this “light-touch information service framework will promote investment and innovation better than applying costly and restrictive laws of a bygone era to broadband internet access service.” In his statement, Pai argued that there was “no problem to be solved” in 2015 and that the “‘solution’ hasn’t worked.”

FTC Commissioner Mignon L. Clyburn didn’t mince words. In a blistering dissent, he stated that he was outraged:

… because the FCC pulls its own teeth, abdicating responsibility to protect the nation’s broadband consumers. Why are we witnessing such an unprecedented groundswell of public support for keeping the 2015 net neutrality protections in place? Because the public can plainly see that a soon-to-be-toothless FCC is handing the keys to the internet … over to a handful of multi-billion-dollar corporations.

Critics of the Restoring Internet Freedom Order argued that it opened the door for carriers to prioritize the content of providers that paid for the privilege, and throttle other traffic. Although competition could theoretically prevent this result, many U.S. consumers are served by only one carrier.

Net neutrality continues to enjoy bipartisan support, although Democrats and Republicans disagree on the best approach. On May 16, 2018, the Senate narrowly passed a Congressional Review Act measure reversing the Restoring Internet Freedom Order, but the measure failed in the Republican-controlled House of Representatives. On April 10, 2019, the Democrat-controlled House passed the Save the Internet Act, which would restore the 2015 rules. However, Majority Leader Mitch McConnell has refused to allow a vote on the bill in the Senate. The debate rages on.

>> Watch Our Webinar With the Electronic Frontier Foundation: Freedom of Expression Online: The Internet, Social Media, and Algorithms.

If you're interested in obtaining a legal education, visit Concord Law School. We offer two online legal degrees: the Juris Doctor, for those who wish to become a California-licensed attorney, and the Executive Juris Doctor, for those who wish to gain legal skills and expertise.* We also offer single non-degree online law courses, including those in cybersecurity and cyber law. Request more information today.

Does the Fourth Amendment Extend to Cell Phone Searches at the Border?
What Are the Requirements to Get Into Law School?