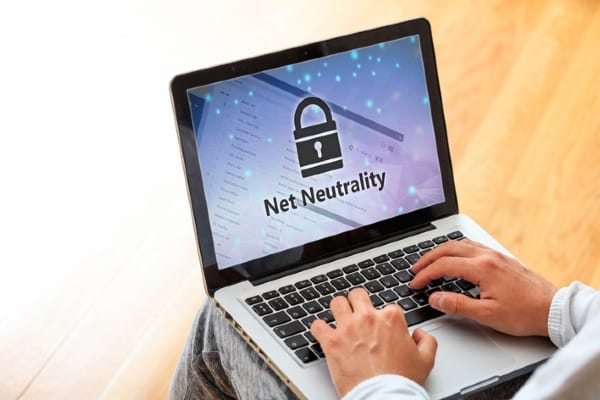 California can now enforce its tough net neutrality law thanks to a February 23, 2021, ruling by U.S. District Court Judge John A. Mendez. The state passed the law on September 30, 2018, less than 4 months after the Federal Communications Commission (FCC) repealed Obama-era net neutrality rules. However, the Trump administration immediately filed a lawsuit seeking an injunction to prevent enforcement of California’s statute. The lawsuit also sought a declaratory judgment that portions of the statute were preempted by federal law.

Although the Biden administration dropped the Department of Justice lawsuit, a separate lawsuit by telecom industry associations was still pending. The plaintiffs in American Cable Assoc. v. Becerra asked the court to continue blocking the California law, but Judge Mendez found that FCC’s 2018 ruling did not preclude state regulation.

The decision cleared the way for California to prohibit Internet service providers (ISPs) from favoring websites, applications, and services that pay additional fees. Proponents hope the decision will prompt a return to net neutrality rules nationwide.

A Brief History of Net Neutrality

The FCC’s April 13, 2015, Open Internet order was heralded as a victory for net neutrality advocates. It prevented the blocking, throttling, or paid prioritization of content and interference in a consumer’s ability to choose internet content and services. It reclassified ISPs as “common carriers,” which the agency has the authority to regulate under Title II of the Telecommunications Act. Previously, ISPs had been classified as “information services,” which generally are not regulated under the Act.

Ajit Pai, then a member of the FCC, opposed the Open Internet order on the grounds that it “imposes intrusive government regulations that won’t work to solve a problem that doesn’t exist using legal authority the FCC doesn’t have.” After Pai became chairman of the FCC in January 2017, the agency soon adopted the Restoring Internet Freedom order, reclassifying ISPs as information services and repealing net neutrality rules.

The order also prohibited the states from regulating ISPs. Nevertheless, seven states passed their own net neutrality statutes, and several others have introduced legislation.

No Authority to Preempt States

In a per curiam decision, the U.S. Court of Appeals for the District of Columbia Circuit upheld most of the FCC order, but found that the agency did not have the authority to preempt state law. In order to do so, a federal agency must have express authority from Congress or implied authority through the exercise of its regulatory power. Because the order was based on the premise that the FCC did not have the authority to regulate ISPs, the agency could not tell the states they were not allowed to regulate them.

Judge Mendez used similar reasoning in denying the preliminary injunction in American Cable Assoc. v. Becerra. He concluded that nothing in the Telecommunications Act precluded regulation by the states, and that the FCC cannot preempt state law by deciding not to regulate. The plaintiffs have appealed the decision to the U.S. Court of Appeals for the Ninth Circuit.

The judge noted that the question of net neutrality should be decided by Congress rather than the courts. Industry groups agree, arguing that a piecemeal approach makes it difficult to meet regulatory requirements.

Looking Ahead: Net Neutrality in California

Ajit Pai resigned from the FCC when President Biden took office. Praised by the telecom providers, Pai has been criticized for his self-proclaimed “weed whacker” approach to FCC regulation. Net neutrality was one of the “weeds.”

Under new leadership, the agency could restore the Open Internet order or take other steps to protect net neutrality. Such an action would inevitably lead to further litigation. Congress could also take action and pass legislation, eliminating questions over the FCC’s regulatory powers and how ISPs should be classified under the Telecommunications Act.

The telecom industry has argued that the law will discourage companies from investing in infrastructure and technologies that enable faster internet speeds. Advocates say net neutrality protects consumers, ensures a competitive marketplace, and enables the free transfer of information.

Concord Law School offers an online Executive Juris Doctor program for those who are interested in gaining legal skills but do not intend to become a practicing attorney. This program features a law and technology track that provides advanced legal training on matters related to cyber law.* Single courses in technology and the law are also available.

We also offer an online Juris Doctor for those who wish to become an attorney licensed in California.† Request more information today.

Thinking of Buying an NFT? Here’s What You’ll Get for Your Money
Many Courts Deny Counsel to Poor Defendants Facing Misdemeanor Charges

*Excutive Juris Doctor: Except as provided in rule 4.30 of the Admissions Rules (Legal education in a foreign state or country), completion of a professional law degree program at this law school other than for the Juris Doctor degree does not qualify a student to take the California Bar Examination or satisfy the requirements for admission to practice law in California. It may not qualify a student to take the bar examination or to satisfy requirements for admission to the practice of law in any other jurisdiction. A student who intends to seek admission to practice law should visit Purdue Global’s State Licensure and Certifications page for state-specific requirements. Students are highly encouraged to confirm state requirements from the appropriate bar admissions office for their state of residence.

†Accreditation: Due to its accreditation by the Committee of Bar Examiners, Concord has the authority to offer a Juris Doctor degree that qualifies recipients to take the California Bar Examination and obtain admission to the practice of law in California.