Legal Weapons in the Battle Against Medicare Fraud and Abuse 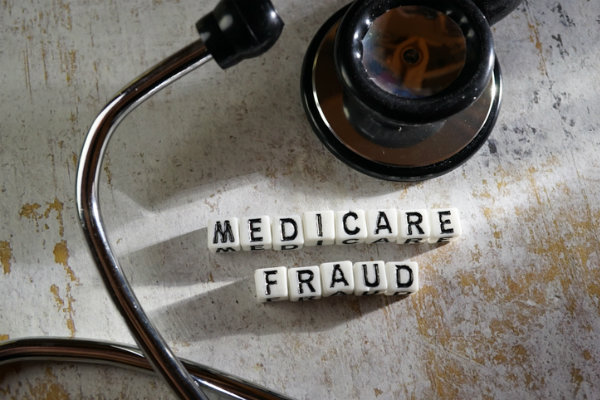 Established in 1965 to provide health insurance for older and disabled Americans, Medicare now covers nearly 60 million people and has sweeping influence on both the health care sector and the U.S. economy as a whole. With annual expenditures of $582 billion, the program now accounts for approximately 20% of all U.S. health expenditures, 14% of the federal budget, and almost 3% of gross domestic product, according to the Peter G. Peterson Foundation.

The immense size and complexity of the program make it susceptible to fraud and other improper payments. According to the most recent figures from the Government Accountability Office, Medicare fraud and abuse cost about $52 billion in fiscal year 2017.

Federal officials have identified more than two dozen scams involving billions of dollars in the first four months of 2019 alone. Examples include:

Health care fraud affects all Americans through higher premiums and out-of-pocket expenses, as well as reduced benefits or coverage.

The federal government has taken a number of steps to combat these abuses. These include:

These and other activities are coordinated under the Health Care Fraud and Abuse Control Program (HCFAC), which was established by the Health Insurance Portability and Accountability Act of 1996. All monies recovered through enforcement actions related to Medicare fraud are returned to the Medicare Trust Funds that support the program.

Many of these actions are brought under the Health Care Fraud statute, 18 U.S.C. § 1347, which imposes severe penalties for intentionally defrauding or attempting to defraud any health care benefit program, or for using false statements to obtain funds held by a health care benefit program. The law covers not only Medicare but Medicaid, Tricare, Veterans Administration benefits, and other programs administered by state and local government agencies and private health insurers.

Individuals convicted under the statute can be fined up to $250,000, while organizations can be fined up to $500,000. The law also imposes criminal penalties of up to 10 years in prison for fraud, and up to 20 years for violations that result in serious bodily injury. A life sentence may be imposed if the fraud results in death.

Other Important Laws in the Fight Against Medicare Fraud

In addition to the Health Care Fraud statute, state and federal agencies and law enforcement officials primarily use four statutes to impose civil and criminal penalties against perpetrators of Medicare fraud:

The False Claims Act, 31 U.S.C. § 3729-3733, makes it illegal to knowingly submit a false claim to the federal government. It covers common types of Medicare fraud such as “phantom” billing for services or equipment that were never provided and “upcoding” and “unbundling” schemes in which bills are inflated by changing billing codes. Civil penalties can include fines of up to three times Medicare’s loss plus $11,000 per claim filed. Criminal penalties include imprisonment and criminal fines.

The FCA also empowers private citizens who expose fraud to bring “qui tam” lawsuits on behalf of the government and receive up to 30% of any money recovered. Such lawsuits are filed under seal, giving the Justice Department an opportunity to investigate the allegations and determine whether to intervene in the case. In 2018, 84% of FCA cases began as qui tam actions, and such lawsuits accounted for more than 72% of the nearly $2.9 billion recovered.

The Anti-Kickback Statute, 42 U.S.C. § 1320a-7b(b), prohibits payments or other inducements to encourage a quid pro quo referral of Medicare business. Such inducements could be cash, gifts, or excessive compensation. Violators can receive up to five years in prison, fines up to $25,000, and exclusion from federal insurance programs for at least five years.

Commonly referred to as the Stark Law, the Physician Self-Referral Law, 42 U.S.C. § 1395nn, prohibits a physician from referring Medicare patients to receive certain “designated health services” from an entity in which the physician or an immediate family member has a financial relationship. This would include ownership, investment, or employment arrangements. Penalties include fines of up to $15,000 plus reimbursement of any payments received, along with exclusion from federal insurance programs.

Under the Exclusion Statute, 42 U.S.C. § 1320a-7b, health care providers and suppliers who have been convicted of certain crimes must be excluded from participation in all federal health care programs. Crimes include Medicare or Medicaid fraud, patient abuse or neglect, felony convictions for other health care-related fraud or theft, and felony convictions for unlawful manufacture, distribution, prescription, or dispensing of controlled substances.

According to the most recent HCFAC annual report, $1.4 billion was returned to the Medicare Trust Funds in fiscal year 2017 through judgments and settlements obtained under these and other civil and criminal statutes.

These laws serve as potent weapons in the government’s ongoing crackdown against Medicare fraud and abuse. If you're interested in learning more about health care law or enhancing your career by developing legal expertise in this area, consider Concord Law School’s online Executive Juris Doctor degree with a health care track. Single courses in health care and the law are also available. Request more information today.

Carriers Are Pushing Cyber Insurance, But Do the Policies Pay Out?
Bail Reform: Risk-Based Assessments May Be Just as Biased as Cash Bail