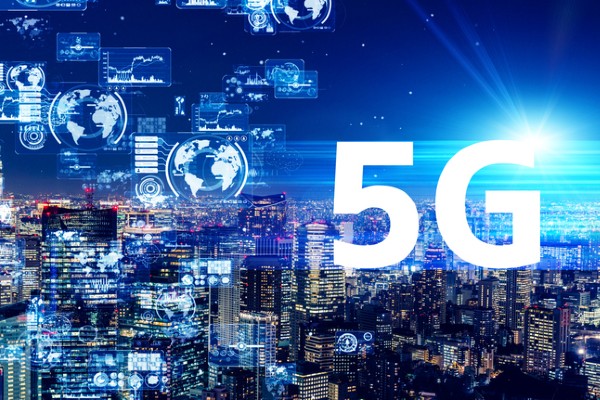 Fifth-generation networks can be up to 100 times faster than today’s average 4G LTE connections, with speeds measured in gigabits, not megabits, per second. For reference, a full-length feature movie can be downloaded in about 10 seconds at 1 gigabit per second (Gbps).

But 5G isn’t just for consumers. The technology is expected to facilitate advances in autonomous vehicles, smart factories, robotics, and other data-intensive applications that require significant network bandwidth. It will also provide the capacity to support billions of Internet of Things (IoT) devices—from sensors, to health monitors, to connected appliances, and more.

From the U.S. government’s perspective, 5G is a strategic technology with national security implications. Lawmakers are concerned that 5G developments in the U.S. have not kept pace with competitors such as China’s Huawei and ZTE. At present, there are no domestic sources for some 5G equipment, forcing U.S. service providers to buy from overseas vendors.

In November 2020, the House passed the bipartisan Utilizing Strategic Allied Telecommunications Act, which would set aside $750 million in grant funds to spur 5G development in the U.S. The bill would encourage open standards in 5G equipment, fostering competition and a more diverse supply chain. It would also promote “the inclusion of security features that enhance the integrity and availability” of 5G networks.

The security concerns stem from allegations that Huawei and ZTE engage in espionage at the behest of the Chinese government. Chinese law requires that citizens and organizations share data with the government and participate in intelligence activities if asked. Congress has passed more than a half-dozen bills and resolutions addressing this threat, but none have been signed into law.

In 2019, the Commerce Department’s Bureau of Industry and Security (BIS) added Huawei and 114 of its overseas affiliates to its “Entity List,” requiring U.S. companies to obtain a license to do business with those entities. In May 2020, the BIS amended the Entity List and its foreign-produced direct product (FDP) rule to target Huawei’s continued acquisition of U.S. semiconductor design and chipsets. In August 2020, the agency moved even further to restrict transactions where a Huawei entity is a party or U.S. technology is used as the basis for the product.

The Federal Communications Commission (FCC) has also taken steps to prevent U.S. companies from purchasing equipment from Huawei and ZTE. In November 2019, the agency voted to prohibit the use of the Universal Service Fund (USF) to purchase equipment from companies that pose a national security threat. The USF is funded by telecommunications taxes and fees, and is used to increase access to high-speed Internet and other advanced services.

The November 2019 FCC action also included a proposal that USF monies be allocated to pay for replacing equipment purchased from untrusted companies. An FCC study found that such equipment is most prevalent in rural networks.

Nationalization Not an Option

Getting 5G to rural areas was a focus of the Trump administration. In 2019, the Trump reelection campaign floated the idea of nationalizing the 5G radio spectrum and selling it back to wireless service providers at wholesale. Although the stated objective was to drive down costs and increase access to underserved communities, critics said the campaign was merely trying to woo rural voters.

The idea received immediate pushback from administration officials and members of the FCC, who advocate an industry-led, free-market approach. Congress went so far as to introduce the Eliminate From Regulators Opportunities to Nationalize The Internet in Every Respect Act (E-FRONTIER), which would prohibit the federal government from building, operating, or selling any wireless network without authorization by law. Another bill, the United States 5G Leadership Act, states specifically that the federal government should “support but not build or operate 5G networks.”

Meanwhile, Congress has done nothing to encourage companies such as AT&T, T-Mobile, and Verizon to cooperate with one another, much less share infrastructure. Network sharing would dramatically reduce implementation costs as well as the impact on communities.

State and Local Concerns About 5G

Rollout of 5G depends in large part on state and local governments that have a great deal of authority over the installation of network infrastructure. Earlier technologies used 200-foot cell towers that were installed relatively far apart. 5G depends upon a large number of “small cells” that must be installed densely to allow the use of higher frequency radio signals.

In September 2018, the FCC issued an order requiring local agencies to update their approaches to approving permits for small cell deployments, which often can take months. Half the states refused to adopt the order and a number of cities filed legal challenges. In January 2020, House Democrats introduced a bill that would cause the FCC order to “have no force or effect.”

As the U.S. grapples with these issues, other countries are taking the lead in the race to 5G. According to one recent report, South Korea has nearly 9 million 5G users and China has installed nearly 700,000 5G base stations.

Today, the broadest 5G coverage in the U.S. is based on “Sub-6” technology that uses lower frequencies to achieve greater range but is not much faster than 4G. The higher-frequency mmWave (millimeter wave) technology that delivers the full benefits of 5G is available only in a few cities. It could be a decade or more before a majority of U.S. customers are able to take advantage of the promise of 5G.

Learn More About Law and Technology at Concord Law School

Concord Law School at Purdue University Global is the nation’s first fully online law school. We are accredited by the State Bar of California. We offer the following*:

Ransomware Victims Who Pay the Ransom Could Face Millions in Fines
Should Lawyers Who Filed Election Lawsuits Be Sanctioned or Disciplined?