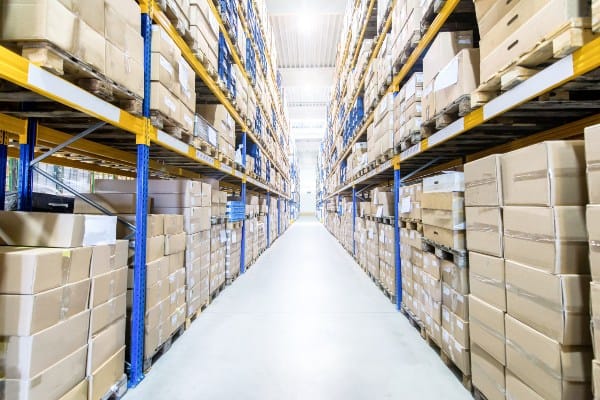 Under the Buy American Act, the federal government is required to purchase goods manufactured in the U.S. whenever possible. Now the Biden Administration is increasing the percentage of American-made materials and components that a product must contain to qualify under the Act. The changes are designed to help U.S. businesses in key industries become more competitive, and provide more job opportunities for American workers.

Specifically, the president directed that the new rule replace the existing “component test” with a value-based test, increase domestic content requirements for federal purchases, and increase the price preferences for domestic goods. On March 7, 2022, the Department of Defense, General Services Administration and National Aeronautics and Space Administration published the amendments to the Buy American Act requirements, which go into effect October 25, 2022. President Biden called the new requirements “the biggest change in the Buy American Act in 70 years.”

The Buy American Act applies to goods acquired for public use (that is, not for resale) above the threshold for micro purchases (currently $10,000). The requirements of the Buy American Act are waived for purchases that fall under the Trade Agreements Act, which treats certain foreign-made goods as equivalent to domestic-made goods pursuant to trade agreements. The threshold for the Trade Agreements Act is generally $193,000, although some trade agreements have lower thresholds.

On its face, the Buy American Act appears to require federal agencies to purchase goods that are manufactured in the U.S. and primarily made from American materials. However, agencies may purchase foreign goods if the domestic product is too expensive, of unsatisfactory quality, or isn’t produced in sufficient quantities.

Federal agencies are given some flexibility to find the “best value” for American taxpayers. To determine the “best value,” an agency must add a premium of 20% to the foreign bid if the competing U.S. bid is from a large business, or 30% if the U.S. bid is from a small business. In practice, the agency must award the contract to the domestic supplier if the U.S. bid is equal to or lower than the foreign bid after adding the premium.

Increases to the American-Made Component Requirement

Under the current FAR, a product is considered American-made if components made, mined, or produced in the U.S. account for 55% or more of the product’s cost. The new changes to the Buy American Act increase the threshold to 60% as of the effective date, then to 65% in 2024 and 75% in 2029.

Suppliers generally must comply with the domestic content threshold in place at the time of delivery, even if their contracts span multiple calendar years. However, at any point during the contract, an agency’s senior procurement executive has the non-delegable authority to apply the threshold in place at the time the supplier’s contract was awarded.

The new rule also includes a “fallback threshold” that allows products with 55% American-made content to qualify under certain conditions. The goal is to “help prevent scheduled increases in the content threshold from taking work away from domestic suppliers who are actively adjusting their supply chains.”

The component test does not apply to commercial off-the-shelf (COTS) products, defined as products that are “sold in substantial quantities in the commercial marketplace” and offered to the federal government without modification. Similarly, commercially available information technology is exempt from Buy American Act requirements.

Ultimately, the new rule will also include price preferences for “critical” products to limit reliance on foreign suppliers for goods that impact national security or competitiveness. The types of products that qualify and the specifics of the price preferences are to be defined through future rulemaking.

Furthermore, the manner in which domestic content is evaluated is still under consideration. The FAR Council deferred replacing the cost-based test for domestic content with a test that measures “the value that is added to the product through U.S.-based production or U.S. job-supporting economic activity.” However, the FAR Council has sought public comment on “how domestic content might be better calculated to support America's workers and businesses.”

How Do Changes to the Buy American Act Affect Suppliers?

Federal suppliers must ensure that their products comply with the new standards to avoid termination of their procurement contracts and potential liability under the False Claims Act. Some may have to find alternate sources for materials to benefit from domestic price preferences.

All in all, the changes to the Buy American Act are a boon to American businesses. The federal government is the single largest purchaser of consumer products in the world, and a major buyer of many other goods. By putting the power of federal purchasing to work, the Buy American Act helps strengthen the American economy, boost national security, and support domestic manufacturing.

Concord Law School can help you stay up to date on the latest legal developments affecting U.S. businesses.

Can Lawyer Bots Take over the Job of an Attorney?