FTC: ‘Pay for Delay’ Hinders Competition in the Pharmaceuticals Market 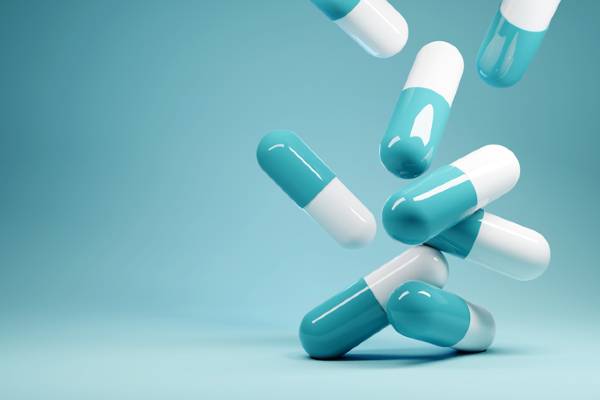 For years, the Federal Trade Commission (FTC) has been grappling with the problem of reverse-payment settlement agreements in the pharmaceutical industry. Now the legal tide may slowly be turning against the practice, which the FTC and many consumer groups say is anticompetitive.

Reverse-payment settlements, also known as “pay for delay” agreements, stem from a loophole in the Drug Price Competition and Patent Term Restoration Act of 1984. Also known as the Hatch-Waxman Act, the legislation was designed to promote the development of generic drugs and bring down the prices of branded drugs. However, reverse-payment settlements delay the availability of generic drugs that the Hatch-Waxman Act was supposed to promote.

When a drugmaker receives a patent, it is granted 20 years of marketing exclusivity. The Hatch-Waxman Act grants an extension of up to five years, but also allows generic drugmakers to submit bioequivalence studies to the FDA. Generic drugmakers may then bring their products to market through an Abbreviated New Drug Application (ANDA). The first generic drugmaker to file an ANDA and claim that the branded drug patent is invalid or not infringed may be granted exclusivity for 180 days.

Here's where reverse-payment settlements come in. Branded drugmakers typically respond to ANDAs by claiming patent infringement, delaying FDA approval of the generic. The patent holder then pays the generic drugmaker to keep its product off the market for a period of time. It’s called a “reverse-payment settlement” because the plaintiff pays the defendant instead of the other way around.

Court Rules that Pay for Delay Can Be Anticompetitive

In 2009, the FTC sued Watson Pharmaceuticals, Par Pharmaceuticals, Paddock Laboratories, and Solvay Pharmaceuticals, alleging that a reverse-payment settlement involving the drug AndroGel violated antitrust and unfair competition laws. The case was transferred from California to Georgia. The district court dismissed the complaint and the Eleventh Circuit affirmed, finding that patent protections are by nature anticompetitive and do not violate antitrust laws. The FTC appealed to the Supreme Court, which took the case to settle a split among the circuit courts.

In FTC v. Actavis (formerly known as Watson and since acquired by Teva Pharmaceuticals), the Court held that reverse-payment settlements could violate antitrust laws, particularly if they involve a “large and unjustified” cash payment. However, the Court rejected the FTC’s argument that such agreements are presumptively anticompetitive.

Because the agreements aren’t per se illegal, antitrust claims are subject to the “rule of reason.” A court must conduct a fact-specific analysis that looks at the scope of the restraint on trade, the defendant’s market power and the potential anticompetitive effects of the agreement. Procompetitive justifications may offset these factors.

However, FTC v. Actavis left more questions than answers. For example, the Court does not explain how large a settlement must be to trigger antitrust scrutiny, noting a payment that “reflects traditional settlement considerations such as avoided litigation costs or fair value of services” may not raise antitrust concerns. Furthermore, the Court does not address alternative arrangements or patent litigation outside the Hatch-Waxman framework.

Courts continue to muddle along. In September 2020, the Third Circuit reviewed an FTC complaint against Teva and AbbVie, a spinoff of Abbott Labs that acquired AndroGel. The court held that the FTC had plausibly alleged that the companies had entered into a reverse-payment settlement even though a cash payment had not been made. The claims were finally dismissed in 2021.

California Attempts to Resolve the Problem

In 2019, California took matters into its own hands with the passage of AB 824 (Preserving Access to Affordable Drugs Act). The law, which went into effect January 1, 2020, establishes that any patent settlement agreement is “presumed to have anticompetitive effects” if a generic drugmaker “receives anything of value.”

The Association for Accessible Medicines immediately challenged the law, and on December 8, 2021, a federal district court granted a preliminary injunction preventing enforcement. The court agreed with the trade association that the law violated the Dormant Commerce Clause of the Constitution because it would affect activities taking place outside of California.

In January 2022, California’s Attorney General asked the court to allow enforcement of AB 824 against settlements that affect pharmaceutical sales within California. In February 2022, the court ruled that California could enforce the law but only “with respect to settlement agreements negotiated, completed, or entered into within California's borders.”

It is unclear if California’s Attorney General will take further action to enable enforcement of the law.

For now, we wait to see whether and how courts address reverse-payment settlements. Congress could settle the matter by amending the Hatch-Waxman Act. Meanwhile, the FTC continues to file suit against pay-for-delay agreements that it believes to be anticompetitive.

Concord Law School offers a robust online legal education, including classes in health law and health care administration law. Single classes are available for professionals who wish to boost their legal knowledge in these areas.

Reach out today to learn more about attending law school online with Concord.

Juris Doctor: Study at, or graduation from, this law school may not qualify a student to take the bar examination or be admitted to practice law in jurisdictions other than California. A student who intends to seek admission to practice law outside of California should contact the admitting authority in that jurisdiction for information regarding its education and admission requirements.