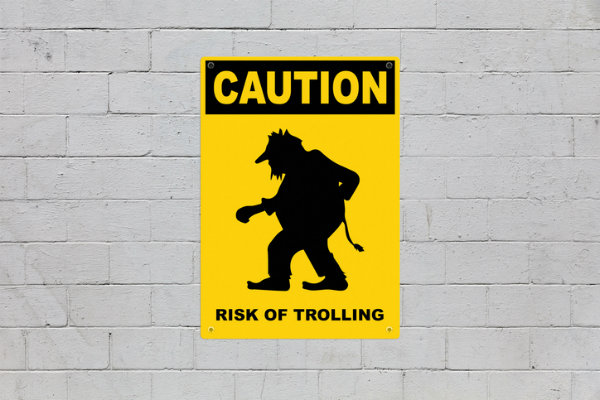 A federal appeals court in January rejected Apple’s bid to overturn a 2016 patent infringement suit, a case that has revived debate about the need for patent reform to thwart so-called “patent trolls.” This pejorative term refers to companies that acquire patents for the sole purpose of generating revenue through patent-infringement lawsuits. Critics say this practice stifles innovation and creates a drain on the economy.

In the Apple case, the U.S. Court of Appeals for the Federal Circuit upheld the 2016 verdict that assessed the tech giant $302 million in damages for infringing on patents held by Nevada-based VirnetX. The court bumped the fine to $440 million to cover interest, enhanced damages, and other costs.

The court ruled that Apple’s VPN-on-Demand, FaceTime, and iMessage technologies infringed on VirnetX patents for secure communications. However, there’s no sign that VirnetX actually uses the patented technology for any business purposes. In its Securities and Exchange Commission filings, VirnetX noted that “we currently derive minimal revenue from licensing activities.” However, the company has been awarded more than $1 billion in damages from patent infringement cases over the past decade, including two judgments against Microsoft totaling $223 million.

Enshrined in the Constitution, patent rights are meant to “promote the progress of science and useful arts” by giving inventors a 20-year monopoly on their ideas. Patent trolls are not inventors, however; they typically buy inexpensive patents from companies seeking to liquidate their assets. Although patent law requires that inventions be “novel” and “nonobvious,” the U.S. Patent and Trademark Office has tended to award patents for broad, vague ideas. This gives patent trolls potent legal weapons for asserting infringement claims against successful technologies.

The rise of patent trolls, more formally known as non-practicing entities (NPEs) or patent assertion entities (PAEs), has coincided with the tech boom. Researchers from the Boston University School of Law found there was a six-fold increase in patent litigation between 1990 and 2010 involving nearly 5,000 unique defendants each year. Patent infringement is akin to a strict liability tort in that the plaintiff does not have to prove intent or provide the defendant with any notice prior to filing a lawsuit, so the barriers to filing such suits are low—and the incentives for doing so are correspondingly high.

Many of the patents being litigated are of low quality, however. For example, most of VirnetX’s patents are 15 years old, and so are set to expire in a few years. Nevertheless, the threat of drawn-out legal proceedings is enough to pressure most defendants into agreeing to a settlement. Researchers from Stanford Law and the University of Texas McCombs School of Business found that less than 1% of defendants in patent troll suits are found to have actually infringed on a valid patent. Yet approximately 87% of defendants settle before trial because the cost of defense is so high—more than $3.2 million on average.

Patent troll litigation primarily targets large companies with deep pockets, such as Apple and Microsoft. However, an analysis of defendants found that 66% had annual revenues of less than $100 million and 55% had annual revenues of $10 million or less. Many of these companies were startups, and the litigation caused them to change their product, business strategy, or operations. Some were forced to shut down some or all of the business.

Congress passed the Leahy-Smith America Invents Act (AIA) in 2011 to address patent troll litigation and alleviate fears that low-quality patents were eroding confidence in the patent system. Among other things, the AIA modified 35 U.S. Code § 299 to make it more difficult for parties to a patent infringement action to join multiple defendants.

Rule 20 of the Federal Rules of Civil Procedure permits a plaintiff to join defendants if any claim against them arises from the “same transaction, occurrence, or series of transactions or occurrences” and raises common questions of law or fact. The AIA adds to that standard the requirement that patent infringement claims relate “to the making, using, importing into the United States, offering for sale, or selling of the same accused product or process” in order for a party to be joined. It is not sufficient to allege that the defendants infringed on the same patent.

The AIA also included measures that streamline the application process and increase protections for inventors in order to improve the quality of patents on the front end and reduce litigation on the back end. While the AIA initially slowed patent litigation, recent research from legal data analytics firm Lex Machina finds that the legislation has not significantly altered patent litigation totals.

Academic researchers have calculated that patent activity drains more than $60 billion from the U.S. economy annually, in part by diverting money that otherwise would have gone to research and development. That’s not what the founders intended when they added the Intellectual Property Clause to the Constitution. While there are no easy answers, Congress should take stronger action to protect the patent system from abuse. Among other things, it could beef up the requirement of pleading and showing that the patent holder actually brought the invention to the market or licensed it, or attempted in good faith to do so.

Study at, or graduation from, this law school may not qualify a student to take the bar examination or be admitted to practice law in jurisdictions other than California. A student who intends to seek admission to practice law outside of California should contact the admitting authority in that jurisdiction for information regarding its education and admission requirements.