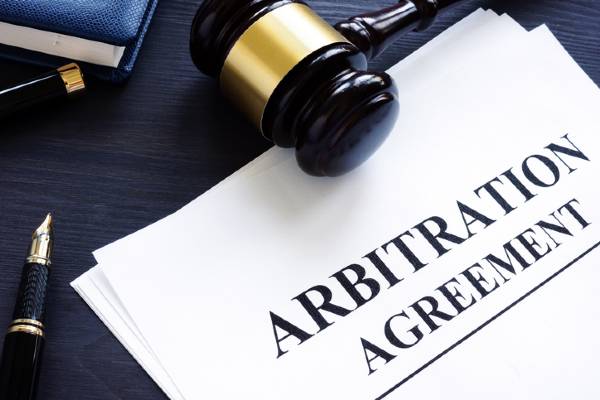 In recent years, an increasing number of employers have implemented mandatory arbitration agreements as a condition of employment. These agreements are meant to reduce the risk of employment-related litigation, primarily in the context of wage and hour disputes. However, growing use of these agreements and their application to a wide range of claims led to a bipartisan effort in Congress to limit their use.

On February 10, 2022, Congress passed legislation that renders employment arbitration agreements unenforceable with regard to sexual harassment and assault claims. President Biden signed the bill into law on March 3, 2022. He has also encouraged Congress to go further to address “other forced arbitration matters, including arbitration of claims regarding discrimination on the basis of race, wage theft, and unfair labor practices.”

The Ending Forced Arbitration of Sexual Assault and Sexual Harassment Act will amend the Federal Arbitration Act (FAA) to allow a person alleging sexual harassment or assault to invalidate pre-dispute arbitration agreements or class or collective action waivers. The employee can unilaterally void the arbitration provisions of any agreement he or she signed and pursue sexual harassment or assault claims in state, federal, or tribal court.

Employment agreements with an arbitration clause prevent employees from bringing claims in a traditional court of law. Any employment dispute must be resolved through arbitration, which is similar to a trial and results in a binding decision but is less formal than a court setting. Employers prefer arbitration because it is cheaper, faster, and more private than litigation.

Plaintiffs’ attorneys have long held that arbitration favors the employer. Discovery is limited in arbitration compared to litigation, and employers usually have access to more evidence than employees. Although arbitrators are meant to be neutral and must follow the law, the employee is not given a chance to be heard by a jury, which may be more sympathetic to the employee’s case. An arbitrator’s decision is final and generally can’t be appealed to a higher court.

Often, arbitration clauses include class waivers, meaning that employees are barred from bringing class or collective actions. In 2012, the National Labor Relations Board (NLRB) held in D.R. Horton, Inc. that such waivers violate Section 7 of the National Labor Relations Act (NLRA). The statute states that employees have the right “to bargain collectively through representatives of their own choosing, and to engage in other concerted activities for the purpose of collective bargaining or other mutual aid or protection.”

However, the Supreme Court held in Epic Systems Corp. v. Lewis that the NLRA does not supersede the requirements of the FAA. The Court emphasized that Section 7 does not mention class and collective actions specifically but instead “focuses on the right to organize unions and bargain collectively.” The ruling overturned the NLRB’s decision in D.R. Horton, Inc.

Six states passed legislation prohibiting employers from requiring employees to arbitrate claims. However, the Supreme Court has held that Section 2 of the FAA preempts state law, even though the statute is silent as to preemption. The Court found in Southland Corp. v. Keating that Congress had “declared a national policy favoring arbitration and withdrew the power of the states to require a judicial forum for the resolution of claims.” In her dissent, Justice O’Connor argued that the FAA was designed to apply only to federal court. However, the majority held that if it did, it would “encourage and reward forum shopping.”

The FAA does not preempt other federal statutes, and Congress has occasionally attempted to pass legislation limiting or prohibiting arbitration in the employment context. These efforts did not go very far until a high-profile sexual harassment case raised awareness.

Gretchen Carlson was co-host of the “Fox & Friends” cable TV show. She accused Fox News Chairman and CEO Roger Ailes of sexual harassment, and dozens of other women came forward with similar allegations. Carlson sued 21st Century Fox and reportedly settled the lawsuit for $20 million. In 2019, she cofounded a nonprofit organization, Lift Our Voices, which works to ban arbitration clauses and nondisclosure agreements in employment contracts so that victims of sexual harassment, hostile work environments, and pay inequities can have their day in court.

Limiting Arbitration Is a Bipartisan Effort

The act defines “sexual assault dispute” as any dispute involving a nonconsensual sexual act or sexual conduct, while “sexual harassment dispute” more broadly includes unwelcome sexual advances or attention, conditioning employment or other services or benefits on sexual activity, and retaliation for rejecting such attention. The act applies to claims that arise after March 3, 2022, even if the parties entered into the arbitration agreement before that date.

The act appears to apply only to sexual assault and harassment claims. If an employee had additional claims, such as racial discrimination, the employer could still require arbitration.

Nevertheless, the Ending Forced Arbitration of Sexual Assault and Sexual Harassment Act represents a substantial change in the enforcement of arbitration clauses. Employers with arbitration programs should be prepared to modify their arbitration agreements now that the bill has become law.

We also have a selection of individual law courses.

Reach out today to learn more about attending law school online with Concord.