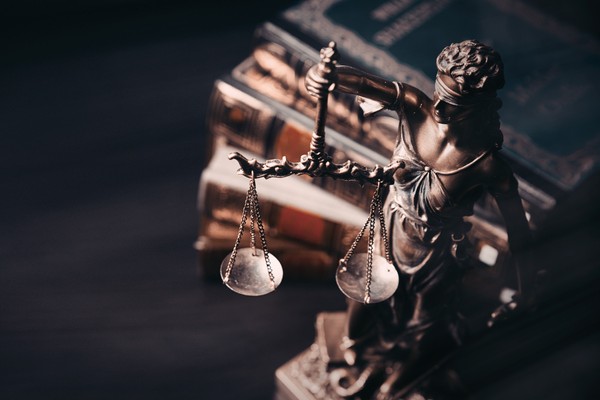 “You have the right to an attorney.” These words are familiar to anyone who’s watched a TV crime drama. Yet in many municipal, county, and state courts, poor defendants are frequently tried and convicted without representation by counsel.

Since the Supreme Court’s 1963 decision in Gideon v. Wainwright, courts have been required to appoint counsel for indigent defendants in all felony cases. Furthermore, the Court clarified in Argersinger v. Hamlin in 1972 that the requirements of Gideon extend to all cases—felony, misdemeanor, or juvenile delinquency—that “end up in the actual deprivation of a person’s liberty.” Defendants must be provided with counsel at every stage of the proceedings if there is a “practical possibility” that they face even one day in jail.

Nevertheless, many courts actively discourage poor defendants charged with misdemeanors from requesting a lawyer. Defendants who are held in jail until their next court date because they can’t make bail may be offered a sentence of time served in exchange for pleading guilty. Those who are provided with counsel may receive ineffective representation from overworked public defenders and court-appointed private attorneys.

The Case of South Carolina

These practices gained national attention in 2018 when the American Civil Liberties Union (ACLU) filed suit on behalf of three indigent defendants who were denied counsel by municipal courts in the city of Beaufort and the town of Bluffton, South Carolina. The defendants—Tina Bairefoot, Dae’Quandrea Nelson, and Nathan Fox—were charged with shoplifting, third-degree assault and battery, and driving with a suspended license, among other misdemeanor charges. Each was found guilty and ordered to pay a substantial fine or spend time in jail. Unable to pay, each was jailed for two weeks or more.

The lawsuit, Bairefoot v. City of Beaufort, alleged that South Carolina municipal courts routinely sentenced defendants to jail without being advised of their right to counsel or provided with representation by a public defender. As a result, the municipal courts violated the Sixth and Fourteenth Amendments to the Constitution and 42 U.S.C. § 1983.

In October 2019, the parties entered into a court-approved settlement agreement in which the municipal courts are required to advise defendants of their right to counsel and appoint a public defender unless the defendant knowingly and intelligently waives that right. The municipal courts also agreed to enter into a contract with the Beaufort County Public Defender’s Office and appropriate adequate funding for legal services for indigent defendants.

The Sixth Amendment gives those accused of a crime the right to be informed of the nature of the accusations, to confront witnesses against them, to call witnesses in their defense, and to have a speedy and public trial by an impartial jury. However, the right to have the assistance of counsel is perhaps the most vital. As Justice Powell wrote in Argersinger, “If there is no accompanying right to counsel, the right to trial by jury becomes meaningless.”

At what point does this right apply? The Supreme Court made it clear in Rothgery v. Gillespie County that a criminal prosecution begins with “the initiation of adversary judicial criminal proceedings—whether by way of formal charge, preliminary hearing, indictment, information, or arraignment.” Furthermore, the Court held that a defendant has a right to counsel at each critical stage in the proceedings. Over time, the Court has defined events that qualify as critical stages, from custodial interrogations through hearings to revoke parole.

It’s not enough that a lawyer simply be present. Defendants must have assistance of counsel that is effective. In U.S. v. Cronic, the Supreme Court held that a defendant has a right “to require the prosecution’s case to survive the crucible of meaningful adversarial testing.” That testing cannot occur if the defendant’s attorney cannot act independently, the attorney doesn’t have enough time to prepare for the case or zealously advocate on the defendant’s behalf, or the attorney’s compensation puts financial interests at odds with the defendant’s interests.

Despite constitutional guarantees and standards established by the Supreme Court, defendants nationwide routinely face criminal charges without the assistance of counsel. For example, an analysis by The New York Times found that a public defender was present in just 45% of misdemeanor and criminal traffic cases in Florida. Indeed, Florida actively discourages indigent defendants from obtaining counsel by imposing a nonwaivable $50 fee for applying for a public defender. A study conducted by NPR found that 43 states impose such fees.

Many states deny the right of a court-appointed lawyer if the defendant is not facing jail time. However, a criminal conviction may cause a defendant to lose his or her job, be denied housing assistance, be deported if undocumented, or be left deep in debt from fines and fees.

Even if a public defender is appointed, the defendant may not get effective assistance. According to analysis by Pew Research Center, 79% of state public defender’s offices lack enough attorneys to handle their caseloads. However, only 27 states provide funding for indigent defense services, with the rest shifting some or all of the responsibility to local governments. Municipal courts are often self-funded through the collection of fines and fees, putting them at odds with defendants’ Constitutional rights.

Some 13 million misdemeanor cases are filed each year, accounting for about 80% of criminal court dockets, according to the Equal Justice Initiative. There’s no question that most jurisdictions face a crushing caseload. But if state and local governments have the resources to prosecute such cases, they have a responsibility to provide indigent defendants with effective assistance of counsel. The Constitution demands it and defendants deserve it.

Numerous organizations work on access to justice initiatives such as the failure to provide counsel for indigent defendants, including the above-mentioned Equal Justice Initiative and ACLU. For addition information on these topics, visit:

If you’re interested in earning a formal legal education, learn more about Concord Law School. Since 1998, we have been offering a world-class online legal education at a fraction of the cost of traditional law schools. We offer two online legal degrees*: