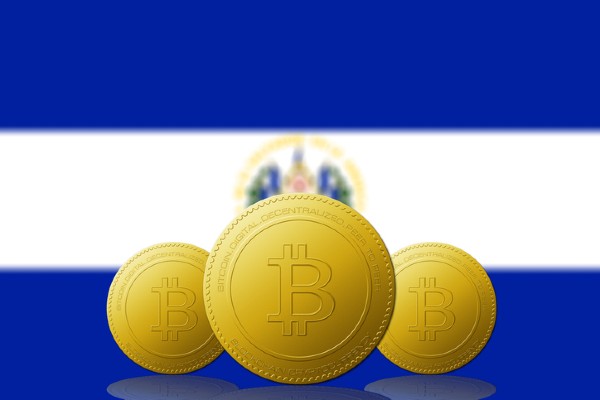 As we move rapidly—some say inevitably—toward a cashless society, the term legal tender seems to have lost much of its meaning. But whether a consumer uses cash, credit cards, or a payment app to purchase goods and services, the concept of legal tender plays an essential role in those transactions.

Most countries issue fiat currency that has no intrinsic value and is not backed by a commodity such as gold or silver. The government determines the currency’s value, and that value is retained or lost based upon the stability of the nation’s economy. The U.S. dollar and the euro are perhaps the best-known fiat currencies, but many governments print their own money.

Generally, a country’s fiat currency serves as its legal tender. However, seven countries and five U.S. territories use the dollar as their official medium of exchange. One such country is El Salvador, which established the dollar as its currency as of January 1, 2001.

On June 9, 2021, El Salvador added another form of money alongside the dollar. The country’s Legislative Assembly voted to adopt Bitcoin as legal tender, becoming the first sovereign nation to do so.

The crypto community has praised the move, but critics argue that Bitcoin is too speculative to be used as legal tender. The move also raises questions regarding contracts, taxation, and the enforcement of laws that combat money laundering and the financing of terrorism.

What Is Legal Tender?

As the name suggests, legal tender is established by laws that define what may or may not be used as money in the economy. In lieu of fiat currency, a government could declare that a commodity such as gold is legal tender, or some form of token that functions as currency. Checks, credit card transactions, and payment apps are not legal tender, however. They represent a means by which the payee can receive legal tender for the transaction amount.

In the U.S., creditors must accept legal tender offered as payment to discharge a debt. However, private entities are free to require other forms of payment before a transaction takes place and debt has been incurred by the customer, unless prohibited by state or local law. Businesses may also restrict the use of some forms of currency, such as pennies or large bills.

Massachusetts and New Jersey, along with the cities of Philadelphia and San Francisco, are among those that have passed laws prohibiting businesses from banning cash. These governments are concerned that the move to a cashless society discriminates against young people, the poor, and others who might lack access to checking accounts, credit cards, and other electronic forms of payment.

But cryptocurrency is another matter entirely. For one thing, its value is determined by investors trading in the free market. Merchants would likely have to adjust their prices frequently to offset fluctuations in Bitcoin’s value. In El Salvador, merchants will be required to accept Bitcoin, but they can convert it to dollars through a government exchange program. The exchange rate will reflect the Bitcoin value at the time of sale.

Commercial transactions may be more complicated given that existing laws and regulations were not designed to handle intangible digital assets. For example, the Uniform Commercial Code (UCC) defines money as “a medium of exchange currently authorized or adopted by a domestic or foreign government.” That would certainly include Bitcoin under El Salvador’s law. However, § 9-312 of the UCC states that “a security interest in money may be perfected only by the secured party’s taking possession.” Because cryptocurrency exists only as entries in a virtual ledger, it is impossible to possess it in the legal sense.

In the U.S., cryptocurrency has been treated as a commodity in court decisions and by Commodity Futures Trading Commission regulations. The IRS has ruled that cryptocurrency is treated as property and not as currency for federal tax purposes. Furthermore, the IRS has defined foreign currency as the “coin and paper money of a country,” and not simply something that is accepted as legal tender.

Inclusivity or Potential for Manipulation?

One of the biggest questions is whether El Salvador’s new law will facilitate money laundering and the financing of terrorism. The speed and anonymity of cryptocurrency transactions are of significant concern to watchdog groups such as the Financial Action Task Force (FATF). Although El Salvador has taken some steps to combat money laundering, the U.S. State Department categorizes it as a “Country/Jurisdiction of Primary Concern” with regard to financial crimes.

Additionally, Bitcoin transactions require internet connectivity. El Salvador plans to invest in the infrastructure needed to support Bitcoin, but the country currently has one of the lowest rates of internet access in the Americas.

Although many experts contend that a cashless society leaves behind poor and marginalized individuals, El Salvador has adopted Bitcoin as legal tender to promote inclusivity. The country’s new law states that about 70 percent of the population lacks access to traditional financial services, and that the circulation of cryptocurrency will increase the country’s wealth. The law places a cap of 21 million Bitcoin to avoid inflationary pressures.

Other developing countries are now considering the possibility of making Bitcoin legal tender, and it may bring greater stability to nations that struggle with financial meltdowns and hyperinflation. If these moves prove to be successful, cryptocurrency may find a place alongside dollars and euros as a means of conducting everyday financial transactions.

Learn More Cryptocurrency and the Law

Concord Law School is the nation’s first fully online law school and part of the respected Purdue University system. We offer several insightful articles about cryptocurrency and legal issues, including: