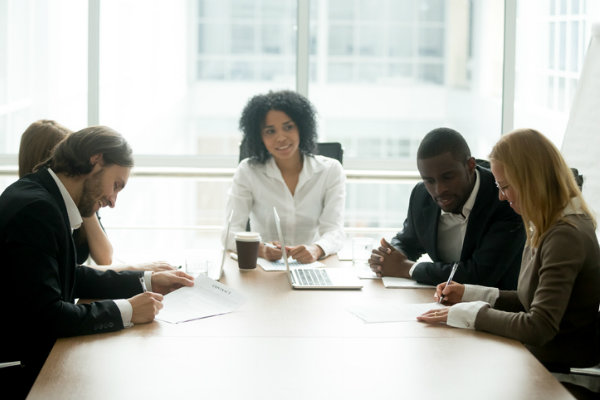 The New York Unified Court System announced in May that it would begin implementing a “presumptive”—or mandatory—alternative dispute resolution (ADR) program. Under the program, a wide range of civil cases would automatically be referred to mediation, arbitration, or other ADR when a lawsuit is filed and before the case is allowed to proceed in court. The initiative, which greatly expands New York’s existing ADR program, is expected to be in place by the end of 2019.

Launched in April 2018, New York’s presumptive ADR initiative is designed to eliminate case backlogs, improve access to justice, reduce the cost of litigation, and speed up resolution. In developing its program, New York looked at neighboring New Jersey, which has had a presumptive mediation program in place for more than 10 years. Despite some initial reluctance among New Jersey attorneys, that program has proven to be quite successful.

New York’s presumptive ADR program is expected to benefit the state court system as well as litigants. Although costs will rise initially due to the need to hire staff, increase the number of court-sponsored ADR options, and educate attorneys and judges, the court system anticipates cost savings over the long run.

Advantages and Disadvantages of Mediation

ADR refers to any process through which disputes are settled outside of a traditional court of law. With mediation, the parties collaborate to reach a resolution, using a neutral party to facilitate communication and evaluate each side’s position. Often, the mediator will point out strengths and weaknesses that the parties did not recognize or fully appreciate, helping the parties come to a mutually agreeable conclusion. Mediators do not decide a case, though, and they cannot force the parties to accept an outcome.

Arbitration is much more formal. The parties present their cases before the arbitrator and can question witnesses and offer evidence. The arbitrator then renders a decision that is legally binding. Because parties have limited control over the outcome, litigants tend to be less satisfied with arbitration than with mediation.

Mediation allows the parties to communicate directly and affords more privacy and confidentiality than a trial. It can begin early in the litigation process, and the parties can explore a wide range of remedies that might not have been available to them in court. It’s also more predictable than a trial decided by a judge or jury, avoids a “win or lose” outcome, and allows for an amicable resolution that may preserve the parties’ relationship.

Mediation can even be beneficial after a verdict has been reached. If one of the parties appeals, the parties will be educated about the limited jurisdiction of the appellate court and the presumption that the judgment of the trial court was correct. Appellate mediation can also allow the parties to resolve the entire case rather than just the limited issues that are presented on appeal.

Of course, mediation isn’t appropriate for every dispute. If the parties are entrenched in their respective positions and not committed to meaningful negotiation, mediation will not be successful. Also, the legal system loses the benefit of publicly available precedent in a confidential settlement.

Trends and Limitations of ADR Programs

New York and other jurisdictions with mandatory ADR programs recognize that not all cases will be resolved through ADR. In light of that, the uniform rules for New York’s program are expected to include a process for opting out of presumptive mediation and for moving the case back into the court system if mediation fails.

New Jersey’s presumptive mediation rules allow parties to withdraw from mediation after the initial two hours ordered by the court, and opt out entirely for good cause.

While mandatory ADR for all civil cases remains relatively rare, most states require mediation for some types of cases, such as family court and small claims court matters where the amount in controversy does not justify costly litigation. Increasingly, commercial and real estate contracts include mandatory mediation clauses, and many employers now offer dispute resolution programs at no cost to employees.

Under Rule 16 of the Federal Rules of Civil Procedure, district courts may also order parties to attend one or more settlement conferences facilitated by a magistrate judge or special master.

As litigation costs continue to skyrocket and courts face heavy case backlogs, presumptive ADR may become more prevalent. But even if ADR isn’t mandated, civil litigants can save time and money by going to the negotiating table before heading to court.

Learn More About ADR and Mediation

To learn more about mediation/ADR and how it affects the landscape of litigation, visit the following sites:

If you're interested in pursuing a legal education, visit Concord Law School. We offer two online legal degrees: the Juris Doctor for those whose goal is to become a licensed attorney,* and the Executive Juris Doctor, a doctorate in law for those who wish to build their legal expertise.† Both degree programs prepare students to represent parties involved in alternative dispute resolution. Request more information today.

*Study at, or graduation from, this law school may not qualify a student to take the bar examination or be admitted to practice law in jurisdictions other than California. A student who intends to seek admission to practice law outside of California should contact the admitting authority in that jurisdiction for information regarding its education and admission requirements.

†Except as provided in rule 4.30 of the Admissions Rules (Legal education in a foreign state or country), completion of a professional law degree program at this law school other than for the Juris Doctor degree does not qualify a student to take the California Bar Examination or satisfy the requirements for admission to practice law in California. It may not qualify a student to take the bar examination or to satisfy requirements for admission to the practice of law in any other jurisdiction. A student intending to seek admission to practice law should contact the admitting authority in the jurisdictions where the student intends to qualify to sit for the bar examination or to be admitted to practice for information regarding their legal education requirements.