Corporate Personhood: What It Means and How It Has Evolved 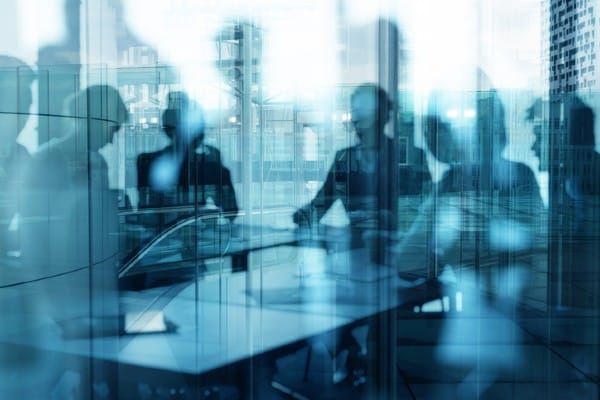 When people complain about “dark money” in politics, they often bring up the concept of “corporate personhood.” That is largely due to the Supreme Court’s landmark decision in Citizens United v. FEC (2010), which held that corporations and other associations are protected by the First Amendment and that election spending is speech. The Court explained that corporations are associations of individuals and thus entitled to free speech rights.

However, the concept of corporate personhood long predates Citizens United. Because corporations have a separate identity from their organizers and investors, they can own property, enter into contracts, sue and be sued, and exist in perpetuity. Allowing corporations to conduct business activities as a “legal person” encourages investment and helps drive economic growth.

What are the legal limits of corporate personhood? Ambiguity in the Constitution and some statutes has given rise to increasingly expansive court interpretation, often without consideration of the size and complexity of the modern corporation. Over time, the Supreme Court has extended many rights to corporations, leading some groups to argue that the concept should be abolished. However, the issue could be addressed with carefully crafted legislation.

Roman law established the concept of the corporation (derived from the Latin word “corpus” meaning “body”), which included municipalities, trade groups, and other entities that conducted business through representatives. Over time, the corporation evolved from an entity that existed by virtue of royal “concession” to the modern form that arises from statute. Corporate “enabling” laws that limit liability build upon the doctrine of corporate personhood to prevent creditors from suing a company’s shareholders.

Many statutes explicitly define “person” as including corporations. Furthermore, 1 U.S. Code § 1 states that “in determining the meaning of any Act of Congress, unless the context indicates otherwise … the words ‘person’ and ‘whoever’ include corporations, companies, associations, firms, partnerships, societies, and joint stock companies.”

Sometimes courts have interpreted this rule narrowly. In FCC v. AT&T (2011), the Court held that corporations do not have a “personal privacy” interest under the Freedom of Information Act. In Burwell v. Hobby Lobby Stores, Inc. (2014), however, the Court found that the Religious Freedom Restoration Act extends to corporations to protect the owners’ religious liberty.

The Constitution does not mention corporations, but by the early 19th century the Court had determined that they are entitled to certain constitutional protections. In Dartmouth College v. Woodward (1819), the Court held that the Contracts Clause prohibited the state of New Hampshire from forcing Dartmouth to become a public institution. In Pembina Consolidated Silver Mining Co. v. Pennsylvania (1888), the Court found that corporations are protected by the Fourteenth Amendment, although later rulings clarified that this does not insulate them from state regulation. However, the Court has consistently held that the Fifth Amendment right against self-incrimination does not apply to corporations.

Perhaps most contentious have been questions of First Amendment protections, particularly as applied to political spending and electioneering. The first campaign finance law, the Tillman Act of 1907, prohibited corporations from making monetary contributions to political campaigns. It survived First Amendment challenges. That started to change with Buckley v. Valeo (1976), in which the Court struck down limits on campaign spending on the grounds that they contravene free speech principles.

The Court first stated explicitly that free speech rights extend to corporations in First National Bank of Boston v. Bellotti (1978). Holding that a Massachusetts law prohibiting most corporate contributions to ballot initiatives was unconstitutional, the Court noted that freedom of speech not only protects self-expression but encourages public discourse.

But in Austin v. Michigan Chamber of Commerce (1990), the Court upheld the Michigan Campaign Finance Act, which prohibited corporations from making independent expenditures to support or oppose candidates. Justice Thurgood Marshall wrote that Michigan had a legitimate concern “that corporate political expenditures will undermine the integrity of the political process.”

Should Corporate Personhood Be Abolished?

Citizens United has encouraged rampant growth of dark money campaign contributions through nonprofits that hide the sources of the donation. It also led to the creation of “super PACs” that spend millions on ads and other communications and aren’t subject to the same limitations as traditional political action committees.

According to the Brennan Center, super PACs spent nearly $3 billion on federal elections between 2010 to 2018, with 77.7% coming from the top 100 donors. Americans recognize that these donors have more influence than others and overwhelmingly support limits on campaign spending. Many groups have called for Citizens United to be overturned and corporate personhood to be eliminated.

An organization called Move to Amend has proposed an amendment to the Constitution stating that corporations are not entitled to constitutional rights and that campaign spending is not a form of speech. In 2011, voters passed referendums supporting the amendment in Boulder, Colorado; Missoula, Montana; and Madison and Dane County, Wisconsin. The Los Angeles City Council also officially endorsed it. In 2021, 50 Democratic members of Congress proposed the amendment in a House Joint Resolution.

Keep Up with Developments in Corporate Law

Concord Law School can help you stay up to date on the latest legal developments affecting corporations in California and the rest of the nation.

California Consumer Privacy Act: What We’ve Learned and What’s Next
Multidistrict Litigation Is on the Rise, Creating Challenges for Attorneys