Does the Fourth Amendment Extend to Cell Phone Searches at the Border? 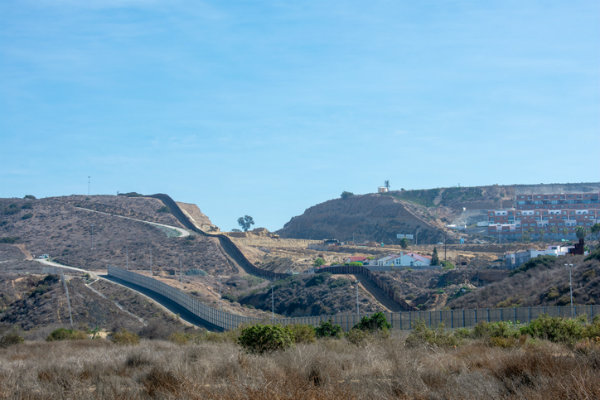 But despite holding credentials that should have expedited his reentry into the U.S., Bikkannavar was detained and required to provide the PIN to his JPL-issued smartphone. He was never given a reason for the search of his device.

In the meantime, the ban created chaos at airports nationwide and resulted in the revocation of tens of thousands of visas. Additionally, CBP agents began questioning Muslim-American citizens about their beliefs and demanding access to their mobile devices and social media accounts. Bikkannavar, perhaps by virtue of a foreign-sounding name, was caught up in this sweep.

The U.S. Immigration and Customs and Enforcement (ICE) and CBP agencies have broad latitude to search the belongings of people entering the country for contraband and to determine whether they can be admitted into the U.S.

However, ICE and CBP agents have been conducting searches of travelers’ mobile devices without a warrant or probable cause—ostensibly for intelligence gathering and general law enforcement purposes.

Searches of cell phones and other devices entering or leaving the country are not new, but they have exploded under the Trump administration. According to CBP data, cell phone searches by border agents increased from 8,503 in FY2015 to 33,295 in FY2018.

What’s more, the Department of Homeland Security has made significant investments in hacking tools, including more than $1.2 million for the GrayKey iPhone cracking technology, according to this Forbes report.

CBP agents reportedly use coercion and force to obtain passwords and PINs from device owners. Travelers have been detained for hours and those who refuse to provide the password or PIN have been handcuffed and had their devices confiscated. Those who ask for a lawyer have been told that they don’t need one if they’re not guilty of anything. But there is a question as to whether constitutional rights regarding search and seizure that might apply to person within the United States apply at the border as well.

Where Constitutional Protections Do Not Apply

The Fourth Amendment to the Constitution states that:

The right of the people to be secure in their persons, houses, papers, and effects, against unreasonable searches and seizures, shall not be violated, and no warrants shall issue, but upon probable cause, supported by oath or affirmation, and particularly describing the place to be searched, and the persons or things to be seized.

In the 100-mile-wide border zone, however, the Fourth Amendment is largely inapplicable. Under 19 U.S.C. § 1582, the Secretary of the Treasury has the authority to regulate border searches, and all persons entering the U.S. “shall be liable to detention and search by authorized officers or agents of the Government.”

The Supreme Court has long upheld the constitutionality of border searches. In U.S. v. Montoya de Hernandez, 473 U.S. 531 (1985), for example, the Court noted that “Congress has granted the Executive plenary authority to conduct routine searches and seizures at the border, without probable cause or a warrant, in order to regulate the collection of duties and to prevent the introduction of contraband into this country.”

The Court held that the government’s interest in border security outweighed the traveler’s right to privacy and Fourth Amendment protections. While probable cause is required for warrants and arrests, the Court concluded that the “reasonable suspicion” standard was appropriate for border searches.

The CBP relied on this precedent in updating its directive regarding the Border Searches of Electronic Devices. The new directive requires travelers to “present electronic devices and the information contained therein in a condition that allows inspection of the device and its contents.”

It also gives CBP agents the authority to use hacking tools and “other reasonable measures” to access a device’s contents. However, the CBP is still required to comply with the “reasonableness” requirement of the Fourth Amendment, which means there must be a reasonable suspicion supported by facts and rational inferences that an individual violated the law.

It is under this reasonableness standard that the American Civil Liberties Union and Electronic Frontier Foundation filed suit against the government on September 13, 2017, on behalf of Bikkannavar and 10 other travelers. The suit alleges that CBP searches of electronic devices without probable cause or reasonable suspicion violated the plaintiffs’ Fourth and First Amendment rights due to the unique privacy interests associated with the data stored on the devices.

The plaintiffs’ brief in support of their motion for summary judgment also notes that border agents are conducting device searches if they suspect violations of tax or environmental/consumer protection laws, as well as immigration and customs laws—among others—and that neither ICE nor CBP could state how many searches obtained evidence or resulted in an arrest. The case is still pending.

In May, U.S. Senators Ron Wyden (D-OR) and Rand Paul (R-KY) reintroduced the Protecting Data at the Border Act, which would prevent warrantless searches of mobile devices. The bill faces an uncertain future, however, leaving the border in a constitutional gray zone with limited Fourth Amendment protections.

To learn more about immigration law, visit the legal resources page from U.S. Citizenship and Immigration Services. For additional information, visit the site of the American Immigration Council, a nonprofit organization that provides resources and information for immigrants and their families.

If you'd like to pursue an online legal education, learn more about Concord Law School. We offer two legal degrees online: the Juris Doctor, for those who seek to become California-licensed attorneys, and the Executive Juris Doctor, a doctorate in law for those who wish to build their legal expertise.* Request more information today.

New California Law Addresses the ‘Independent Contractors vs. Employees’ Debate
More Than a Year After the Death of Net Neutrality, Debate Rages On