Bail Reform: Risk-Based Assessments May Be Just as Biased as Cash Bail 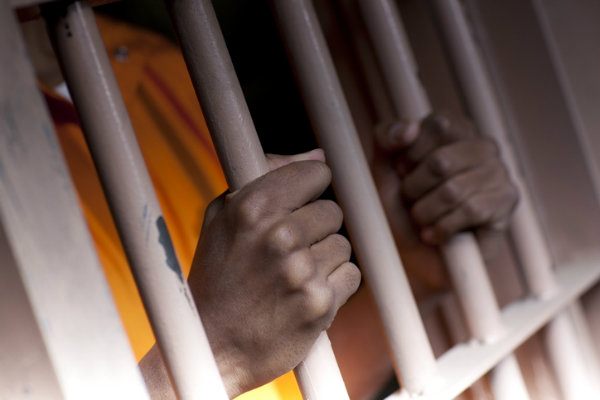 The arrest of a New York City teenager for allegedly stealing a backpack was hardly a newsworthy event at the time. However, it would evolve to become a lightning rod for nationwide efforts to reform or eliminate the use of cash bails.

Following his 2010 arrest, 16-year-old Kalief Browder insisted he was innocent. Unable to pay the required $3,000 cash bail, he was sent to jail at Rikers Island to await trial for second-degree robbery. Due to a backlog of cases at the Bronx County District Attorney’s office, he spent the next three years in jail, much of that in solitary confinement. The case was eventually dismissed in 2013 and Browder was released. The trauma he endured while in custody was documented in a 2014 article in The New Yorker. Tragically, Browder committed suicide in 2015.

The case has focused renewed criticism of the cash bail system. According to a report by The Hamilton Project at the Brookings Institute, more than 400,000 people in the United States are in jail on any given day because they cannot afford to pay a cash bail to avert pretrial detention. That represents nearly 20% of the country’s entire incarcerated population.

Advocates for bail reform say the system represents the contemporary equivalent of debtors’ prison and perpetuates a cycle of poverty. Cash-strapped defendants in jail awaiting trial are at greater risk of losing their jobs, their cars, their homes, and their families—even if they are ultimately acquitted.

A number of states, including California, New York, and Texas, are either implementing or debating reforms that would reduce or eliminate the use of cash bail. In most cases, the states are moving toward the use of risk-based pretrial assessments to evaluate whether defendants should be released or kept in jail while awaiting trial.

Naturally, the $2 billion bail bond industry offers considerable resistance to these assessment strategies. However, even legal experts, legislators, educators, and social welfare activists who welcome reforms have expressed concerns that risk assessments may have structural flaws that could actually increase pretrial detention.

A Brief History of Cash Bail and Bail Reform

The cash bail system evolved from fifth-century Anglo-Saxon legal processes for ensuring that those accused of crimes would not flee to avoid penalties. Today, the bail system is increasingly viewed by reformers as a mechanism that excessively punishes the poorest and most vulnerable citizens. Numerous studies find that cash bails disproportionately burden low-income African-Americans and Latinos.

Other research shows that those in jail because they cannot afford bail are more likely to be convicted and receive longer sentences when compared to those who bond out of pretrial incarceration. This is particularly true for low-risk defendants.

Legal experts have been voicing concerns about the inherent biases in the system for decades. In a 1964 address to Congress, then-Attorney General Robert F. Kennedy said: “The rich man and the poor man do not receive equal justice in our courts. And in no area is this more evident than in the matter of bail.”

Pros and Cons of Risk-Based Assessments

Theoretically, risk-assessment tools should make the process less subjective to race and economic factors by using actuarial data, algorithms, and artificial intelligence to determine which defendants should be released before trial. Typically, these tools assess a variety of risk factors such as pending charges, prior arrests, and previous convictions to create a “risk score” for predicting the likelihood a defendant would miss a court date.

However, critics argue that racial and economic biases still can affect the scores if these programs aren’t properly designed or tested. For example, assessment scores are heavily influenced by previous arrest records, even if there hasn’t been a conviction. This is problematic because people of color are arrested disproportionately in the United States. A 2016 study by the Public Policy Institute of California found that African-Americans were three times more likely to be arrested compared to white people.

The ACLU argues that arrest records perpetuate racial bias because African-American communities are “over-policed” and come into contact with the criminal justice system more frequently, which makes African-Americans (and men, in particular) more likely to be arrested. For example, a new report from the Missouri attorney general’s office shows that African-American drivers across the state are 91% more likely than white motorists to be pulled over by police.

Reform bills such as California’s SB 10 are of particular concern, according to the ACLU. For example, while SB 10 calls for the release within 12 hours of most misdemeanants, individuals who have previously been charged with a crime involving threatened violence would be automatically subjected to pretrial detention. The ACLU argues that broad categorization of defendants eliminates individualized assessment by a judge in an adversarial pretrial hearing.

SB 10 was signed into law August 28, 2018, and slated to go into effect October 1, 2019. However, a group called Californians Against the Reckless Bail Scheme, spearheaded by the American Bail Coalition, garnered enough signatures to put the measure on the November 2020 ballot. The coalition also argues that risk-based assessments are inaccurate and perpetuate bias, and provide no guarantee that defendants will keep their court dates.

Would the assessment approach have saved Kalief Browder? It’s not likely, given that he was charged with a parole violation for allegedly stealing the backpack, and pretrial detention for parole violations is not impacted by New York’s bail reform measure. While Browder’s case and others like it have spurred reform, there’s no clear solution to the problem of pretrial detention.

Learn More About Bail Reform and Other Important Legal Topics

If you’d like to learn more about the access to justice crisis in the United States and the efforts to combat it, visit:

If you are interested in obtaining a legal education to work in the field of law, explore Concord Law School’s online Executive Juris Doctor and Juris Doctor degree programs.

Legal Weapons in the Battle Against Medicare Fraud and Abuse
Copyright Law: Can a Comedian Sue His Fans for Telling His Jokes?