Contraception, the Right to Privacy, and the 14th Amendment 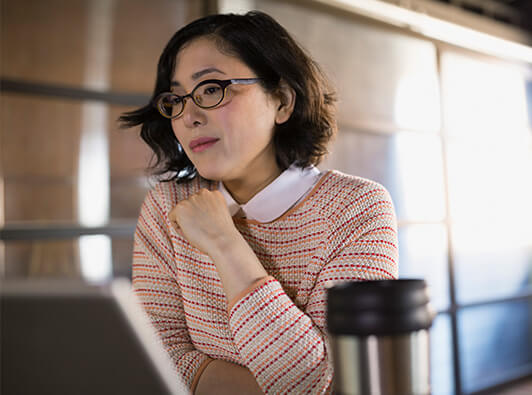 No discussion of the 14th Amendment Due Process Clause would be complete without a retrospect of Griswold v. Connecticut, 381 U.S. 479 (1965). The case examined what Justice Stewart described as Connecticut’s “uncommonly silly law.” Griswold at 527. The law prohibited the use of contraceptives.

That Justice William O. Douglas, one of the most colorful and liberal justices to ever serve on the Court, should write the opinion makes the holding even more significant, if not controversial. One can almost see him sputtering as he writes, “We do not sit as a super-legislature to determine the wisdom, need, and propriety of laws that touch economic problems, business affairs or social conditions. This law, however, operates directly on an intimate relation of husband and wife and their physician’s role in one aspect of that relation.” Id. at 485. Certainly one of the biggest concerns he and his fellow justice shared about Sections 53-32 and 54-196 of the General Statutes of Connecticut (1958 rev.) is that its enforcement would severely impact a fundamental right like the marital relationships; to enforce it, the State would have to play peeping Tom to determine if married couples were or were not using contraception.

The statute in question was originally drafted in 1879, and made any kind of birth control illegal, even when used by married couples. Hall, Kermit L., ed. The Oxford Companion to the Supreme Court of the United States. 2nd ed. Oxford University Press, 2005, at 408. Of course, this is long before The Pill. As Kenneth Hall has pointed out, the statute had been challenged twice before in Tileston v. Ullman, 318 U.S. 1944 (1943) and Poe v. Ullman, 367 U.S. 497 (1961), Hall at 408. Both attempts failed, largely on grounds of standing and procedural grounds. But on the merits, even the State of Connecticut thought the law was silly and needed to be repealed and declared unconstitutional.

Four years after Poe v. Ullman, the 1879 statute met its match in Griswold v. Connecticut. Briefly, the relevant facts of Griswold are as follows. Estelle Griswold, Executive Director of the Planned Parenthood League of Connecticut, and Dr. C. Lee Buxton, another administrator and consultant, were arrested in 1961 for violating the Connecticut statute prohibiting birth control between married couples and another statute. They allegedly gave birth control advice to married people. They were both convicted, and Connecticut’s Appellate Division of the Circuit Court and the Connecticut Supreme Court of Errors affirmed their convictions. Griswold and Buxton appealed to the United States Supreme Court. The Supreme Court determined that they had standing to represent married people who had consulted them. Griswold at 486.

Justice Douglas wrote the majority opinion, which held that the 1879 Connecticut anti-birth control law was unconstitutional because it violated the protected right to privacy of married couples. Id. As Justice Douglas writes, “We deal with a right of privacy older than the Bill of Rights—older than our political parties, older than our school system. Marriage is a coming together...intimate to the degree of being sacred….it is an association for as noble a purpose as any involved in our prior decisions.” Griswold at 486. Justices Goldberg and Brennan and Chief Justice Warren concurred. Justices Stewart and Black Dissented, more on grounds of strict construction of the Constitution and the Original Intent [of the Framers] Doctrine than in support of Connecticut’s “silly” law.

Early in his opinion, Justice Douglas addressed the relationship of the 14th Amendment to Griswold: “Coming to the merits, we are met with a wide range of questions that implicate the Due process Clause of the 14th Amendment.” Id. at 485. Additional rights interpreted as coming under the Due Process Clause included the “propriety of laws that touch economic problems, business affairs, or social conditions” as well as the intimate relationship between married couples. Id.

In his concurring opinion, Justice Goldberg, with whom Chief Justice Warren and Justice Brennan concurred, writes: “The Court stated many years ago that the Due Process Clause [of the 14th Amendment] protects those liberties that are ‘so rooted in the traditions and conscience of our people as to be ranked as fundamental.’” 381. U.S. 479, 487 (Goldberg, J., concurring).

The relevant language of the 14th Amendment reads: “nor shall any state deprive any person of life, liberty, or property, without due process of law.” U.S.Const. amendment XIV. sect. I. According to Justice Douglas in Griswold, the right to privacy is part of the liberty interest of the 14th Amendment, further defined by the penumbras and emanations of the Bill of Rights. Griswold, at 484. A penumbra is, broadly, an area that is partly shaded, and partly dark, like an eclipse. (Merriam Webster Dictionary). The word also means a type of shadow or gray area in general. In legal reasoning and writing, a penumbra is a group or body of rights implied, yet not specifically identified by the Constitution, especially when they are rights implied by the penumbra of the Bill of Rights. Burton, Legal Thesaurus. Penumbral rights are defined by reading the Constitution, the Bill of Rights, and case precedents together, and then noticing common threads among them. The 9th Amendment with its “zone of privacy” or area of potential rights left to the states to identify is important to a discussion of penumbras. Griswold; Hall at 408. According to Rideout, “the 9th Amendment sets the stage for penumbral reasoning when it states that the ‘enumeration in the Constitution, of certain rights, shall not be construed to deny or disparage others retained by the people.’” U.S. const. amend XIX; Rideout, J. Christopher. Penumbral Thinking Revisited: Metaphor in Legal Argumentation, 7 J. Ass’n Legal Writing Directors 155, 173 (Fall 2010).

When combined with the penumbras of the 9th Amendment, the 1st, 3rd, and 4th Amendments create the right to privacy, especially in marital relations, which then falls under the liberty interest of the 14th Amendment. In part, Justice Douglas found that distributing birth control literature and information and reading it was included in the 1st Amendment’s guarantee of free speech. (485). He reasoned that these are peripheral rights identified in Meyer v. Nebraska, 262 U.S. 390 (1923), and Martin v. Struthers, 319 U.S. 141 (1943). Justice Douglas also reasoned that freedom of association, a peripheral 1st Amendment right, also applied as held by NAACP v. Alabama, 357 U.S. 449, 462 (1964). In short, the 1st Amendment “has a penumbra where privacy [like marital choice to use contraception] is protected from governmental intrusion.” An outraged Justice Douglas declared: “Would we allow the police to search the sacred precincts of marital bedrooms for telltale signs of the use of contraceptives? The very idea is repulsive to the notions of privacy surrounding the marriage relationship.” Griswold at 486. With this statement, Justice Douglas invoked concepts emanating from the 4th and 5th Amendment protections against illegal search and seizure and self-incrimination.

Justice Cardozo wrote long before the holding of Griswold that, “There is in all such controversies a penumbra where rigid formulas must fail. No test more definite can then be found than the discretion of the court, ‘to be carefully and guardedly exercised’ in furtherance of justice.” Cardozo quoted in Rideout 168.

That Justice Douglas chose to argue through metaphor and analogy is nothing new in the study of jurisprudence and legal writing. As a liberal constructionist, he followed the theory that the Framers created the Constitution as a living document to adapt to future generations and social mores that they could not have forecasted. The 14th Amendment itself did not even exist then. It is for this reason that the Constitution may be amended, albeit with great difficulty. Thomas Jefferson, as an aficionado of science and medicine, would have understood Justice Douglas’s reasoning, as would Justice John Marshall, who stated that “[i]t is emphatically the province and duty of the Judicial Department to say what the law is,” or, in other words, the Constitution is what the judges say it is. Marbury v. Madison, 5 U.S. 137, 177 (1803). Today, the 14th Amendment, as applied to the states, defends recognized rights like protection from electronic search and seizure, as well as those relating to lifestyle, reproductive rights, voting, education, association, religion, and travel, in ways not known when the Constitution and Bill of Rights were originally drafted. Griswold lives on today and has been cited in cases addressing issues of abortion, rights to birth control for unmarried couples, and the right to engage in same sex intimate relationships.

Griswold and its progeny illustrated the 14th Amendment’s power to identify implied rights, like the right of privacy, and apply those and other protections of the Bill of Rights to the states. The debate and dialogue continue today, with questions about the 2nd Amendment and the right to bear arms, among others. Griswold is an eloquent condensed study of the Constitution and Bill of Rights themselves.

Dr. Ellen M. Tsagaris is the Chair of Legal Studies/Paralegal Studies, Public Safety, Fire Science, and Humanities/Composition at Purdue University Global's Davenport, Iowa, campus. The views expressed in this article are solely those of the author and do not represent the view of Concord Law School at Purdue University Global, including its parent companies, subsidiaries, and affiliates.

The 14th Amendment Protects the Right to a Public Education
The Mentally Ill and the Right to Bear Arms: A Balancing Act