The 14th Amendment Protects the Right to a Public Education 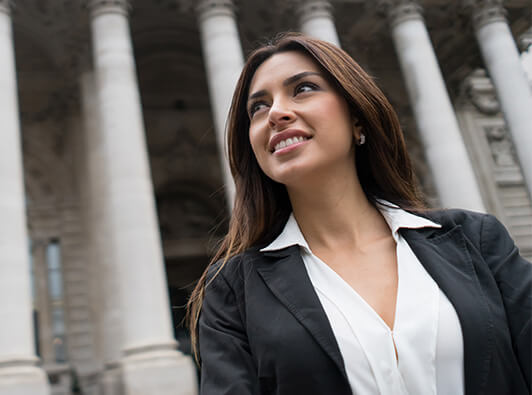 Over the years, the 14th Amendment of the United States Constitution has had an enormous impact on protecting individual rights in public elementary and secondary education. This has occurred through the United States Supreme Court’s interpretation of the Equal Protection Clause, the Due Process Clause, and the incorporation of other rights (like freedom of speech) to the states through the 14th Amendment.

The Equal Protection Clause of the 14th Amendment provides that a state may not “deny to any person within its jurisdiction the equal protection of the laws.” It applies to public elementary and secondary schools, as they are considered to be state actors. In 1954, the Supreme Court interpreted the Equal Protection Clause’s requirements in Brown v. Board of Education. In perhaps one of the most famous and important cases issued by the Court, it stated:

We conclude that in the field of public education the doctrine of "separate but equal" has no place. Separate educational facilities are inherently unequal. Therefore, we hold that the plaintiffs…are, by reason of the segregation complained of, deprived of the equal protection of the laws guaranteed by the 14th Amendment.

That language, and the Court’s decision, had a dramatic impact on public education. Schools were required to end the discriminatory practice of segregating students based on race. While segregation was more prevalent in some states than in others, all public schools in all states that had segregated students needed to desegregate, or face claims that they were in violation of the 14th Amendment. What followed was roughly 50 years of desegregation efforts in public schools, and numerous court decisions regarding the constitutionality of those desegregation efforts.

Over time, the focus evolved from ending and remedying the vestiges of discriminatory practices to integration efforts that sought to promote the diversity of the student population in public schools. In some instances, these integration efforts were voluntary, meaning they were done by schools that had not segregated students in the past. These integration efforts continue to this day, and the predominant legal issues revolve around the extent to which race can be used as a factor in the assignment of students to certain schools in order to diversify the student body.

The language, and the logic, of the Brown v. Board decision also found its way into other types of Equal Protection claims. For example, in the mid-1970s, students with disabilities challenged their exclusion from public school on equal protection grounds. Two very influential lower court decisions, PARC v Commonwealth of Pennsylvania, and Mills v. Board of Education of the District of Columbia, relied on Brown v. Board and determined that students with disabilities could not be excluded from public school because of their disabilities.

Those court decisions led to a federal statute that imposed similar requirements on all public schools that accepted certain federal funds. That law turned into the Individuals with Disabilities Education Act (IDEA), which today applies to all public schools. The law requires public schools to provide all students with disabilities with a Free and Appropriate Public Education (FAPE). It also prohibits schools from expelling or suspending students with disabilities for longer than 10 days, when the student’s actions are caused by their disability.

Due process is another area of the 14th Amendment that has had a dramatic impact on individual rights in public education. The Due Process Clause says that states may not “deprive any person of life, liberty, or property, without due process of law.” The Supreme Court has interpreted this clause to have substantive and procedural protections. With substantive due process, the 14th Amendment protects a parent’s right to direct the educational upbringing of their child. Because of this right, the Supreme Court ruled that a state statute that prohibited the teaching of foreign language, and a state statute that required all students to attend public schools, as opposed to private schools, violated the 14th Amendment. See Meyer v. Nebraska and Pierce v. Society of Sisters. The Court also ruled that a state statute that required Amish children to attend school past the eighth grade violated the substantive due process rights, and the religious freedom rights, of Amish parents to direct the educational and religious upbringing of their children. See Wisconsin v. Yoder.

The procedural due process protections of the 14th Amendment have also played an important role in public education, particularly in the areas of student discipline and teacher employment. With student discipline, the Supreme Court has ruled that students have a “legitimate entitlement to a public education as a property right.” See Goss v. Lopez. That right may not be taken away without first providing due process protections, which are generally notice of what the student is accused of doing, and the opportunity to be heard before the student is disciplined.

The required amount of notice and opportunity to be heard increases as the severity of the discipline increases. With minor disciplinary actions, an informal discussion with the principal may be sufficient to meet the requirements. For more severe discipline, such as expulsion, a more detailed hearing is generally required to give the student a chance to present evidence, and to cross-examine witnesses. As a result of these constitutional due process protections, all states have enacted statutes and regulations that provide due process protections for students during the discipline process.

A similar due process right applies to tenured teachers at public elementary and secondary schools. Once a teacher receives tenured status, they have a property interest in their continued employment, and must be provided with notice and a hearing before it may be taken away from them. See Perry v. Sindermann.

The third area where the 14th Amendment has impacted public schools is in the application of other constitutional rights to the states through the 14th Amendment, via a concept known as incorporation. Perhaps the biggest impact here has been the First Amendment’s right to free speech, although other protections like freedom of religion have also made their mark on public education.

In the area of free speech, the Supreme Court has said that students and teachers do not “shed their constitutional rights to freedom of speech or expression at the schoolhouse gate.” See Tinker v. Des Moines. While courts do give some deference to school administrators in making decisions about whether to prohibit certain student speech, the First Amendment requires schools to justify their decisions when they infringe on free speech rights. The level of justification required depends on the nature of the speech, and the nature of the restriction.

For example, in Tinker v. Des Moines, students were protesting the Vietnam War by wearing armbands, and the school disciplined the students for doing so. The Supreme Court ruled that the discipline violated the First Amendment, because the school could not show that the speech could reasonably be expected to cause a substantial disruption with school activities or the rights of others. By contrast, in Morse v. Frederick, the Supreme Court deferred to a school administrator’s judgment that a sign that said “Bong Hits 4 Jesus” promoted drug use, and upheld the discipline of the students that displayed the sign at a school event.

Scott F. Johnson is a Professor of Law at Concord Law School at Purdue University Global, where he teaches Education Law and Special Education Law, among other topics. He has written a number of books and articles in the education law area, including Education Law: A Problem-Based Approach, 3rd Edition, Carolina Academic Press (2015), and Special Education Law, 5th Edition, Sage Publications (2014). Professor Johnson’s law practice included education and special education cases, and he currently serves as a hearing officer for a state agency. The views expressed in this article are solely those of the author and do not represent the view of Concord Law School at Purdue University Global, including its parent companies, subsidiaries, and affiliates.