The 14th Amendment to the U.S. Constitution: An Overview 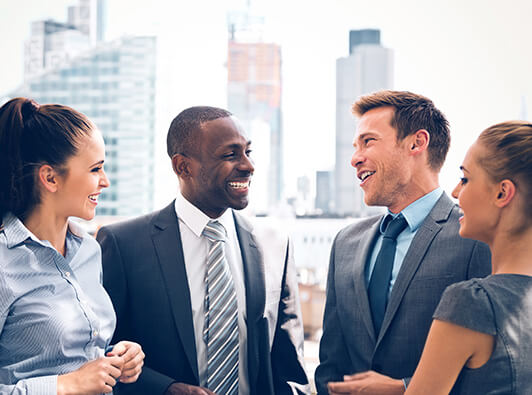 When law school students and professors think about and discuss the 14th Amendment of the United States Constitution, an energy reverberates through the generations of Americans living from the time of ratification to today. This amendment speaks to the core values of the American people and touches every one of us in some way or another. Debate on these values can be heard in the halls of academia, in our courts, in the media, and now on social media as well. Ratified by the states in 1868 and authored by Senator Jacob M. Howard of Michigan, the 14th Amendment emerged in the wake of the Civil War. America had been divided, and this amendment was an attempt to bring its people together and to remedy some of the ills over which the war had been fought.

There are five sections to the 14th Amendment. The text of each section is provided below, with a brief explanation of the key provisions.

Perhaps the best known and certainly the most heavily litigated provision of the 14th Amendment, this section centers around state action, privileges and immunities, citizenship, due process, and equal protection. Seminal cases such as Plessy v. Ferguson, 163 U.S. 537 (1896), overruled by Brown v. Bd. of Ed. of Topeka, 347 U.S. 483 (1954), and Plyer v. Doe, 457 U.S. 202 (1982) helped shape the law in the area of equal protection, but hundreds of other cases have refined the contours of the law’s protection, continuing to this very day.

Importantly, prior to the passage of the 14th Amendment, the rights afforded to individuals under Bill of Rights—the first 10 amendments to the Constitution—were deemed to apply only to actions taken by the federal government. However, under the doctrine of “incorporation,” most (but not all) of those rights are now deemed to apply to the states as well by virtue of the 14th Amendment.

Representatives shall be apportioned among the several states according to their respective numbers, counting the whole number of persons in each state, excluding Indians not taxed. But when the right to vote at any election for the choice of electors for President and Vice President of the United States, Representatives in Congress, the executive and judicial officers of a state, or the members of the legislature thereof, is denied to any of the male inhabitants of such state, being twenty-one years of age, and citizens of the United States, or in any way abridged, except for participation in rebellion, or other crime, the basis of representation therein shall be reduced in the proportion which the number of such male citizens shall bear to the whole number of male citizens twenty-one years of age in such state.

Section 2 explains how the House of Representatives should be divided according to the population of each state. The intent was to ensure that African Americans were counted as full citizens for purposes of calculating proportional representation. Notably, although the text refers to “male” inhabitants and citizens, the 19th Amendment subsequently gave women the right to vote in 1920, so it retroactively applied to the 14th Amendment. Thus, women are now counted as part of the population for purposes of this amendment.

Applying 2nd Amendment Rights to States: How Far Is Enough?