Studying Online to Prepare for a Career in Immigration Law 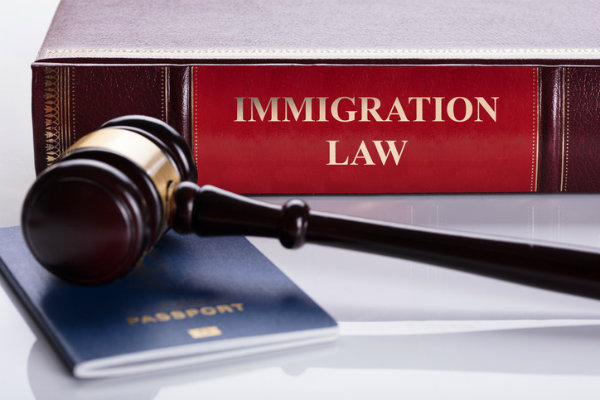 Travel ban. Border wall. Family separation. Migrant caravans. Access any news media in recent months and years, and it’s almost impossible not to come across a story about immigration law and policy. It is no surprise, then, that the number of law students planning to practice immigration law is on the rise. Perhaps more surprising is that immigration law may be an ideal field particularly for those going to law school online.

To understand why, let’s begin with some background.

Immigration Courts Are Technically Part of the Executive Branch

Immigration cases—including but not limited to deportation and asylum cases—are adjudicated by 58 Immigration Courts nationwide, and appeals from these courts are heard by the Board of Immigration Appeals (BIA). These immigration courts are part of the Executive Office for Immigration Review (EOIR), which is itself part of the U.S. Department of Justice.

So even though immigration courts perform a judicial function, they are technically part of the executive branch of the federal government, not the judicial branch.

Why Is This Important?

Because the EOIR has its own rules about who may appear on behalf of participants in immigration court proceedings, independent of who may appear in state courts or even other federal courts.

As reflected in the Code of Federal Regulations (see 8 C.F.R. 1292.1), five categories of representatives are permitted to appear in immigration courts on behalf of individuals entitled to representation. Two of these categories are of particular importance for those who are considering going to law school online.

This means that a law student anywhere in the country could go to law school online, become licensed in California (currently the only jurisdiction that allows graduates of a fully online law school to sit for its bar immediately after graduation), and practice in any of the immigration courts wherever they may be located throughout the country.

This is significant, because roughly two-thirds of students enrolled in Concord’s online juris doctor program live outside of California, and most don’t intend to practice in California.1 Assuming they live in the U.S., none of them would need to move to another state to practice immigration law. In recognition of this, last year Concord developed a new immigration law course, available to all its students, including non-degree-seeking students.

(See 8 CFR 1292.2.) An organization must be “a non-profit religious, charitable, social service, or similar organization established in the United States” that establishes to the satisfaction of the EOIR that:

The EOIR maintains an alphabetical roster of recognized organizations and their accredited representatives, which includes a list of nearly 1,000 organizations nationwide.

This is particularly significant for those who enroll in Concord’s Executive Juris Doctor (EJD) program, which is not designed to lead to licensure.2 An EJD graduate could work for an EOIR-recognized organization and, once designated as an accredited representative, appear in immigration courts much like a licensed attorney could.

Aside from appearing in immigration courts, numerous other positions involve the application of immigration law and policy.

In light of this, many midsize or large companies have in-house counsel, HR staff, or other personnel whose primary if not sole responsibility is to ensure compliance with federal immigration rules and regulations.

Opportunities exist in the public sector as well. Various not-for-profit foundations and firms not only represent participants in immigration court, but engage in advocacy, lobbying, or other law-related functions.

The U.S. government itself is perhaps the single biggest employer. The Office of Citizenship and Immigration Services, a part of the Department of Homeland Security, employs 19,000 employees and contractors in over 200 offices across the globe. The EOIR employs not only the roughly 350 immigration judges, but also thousands of judicial clerks and other staff.

Is a Career in Immigration Law for You?

Immigration law may be a worthwhile field to consider, both in terms of market opportunity and social need. Because immigration proceedings are classified as civil, not criminal, there is no Sixth Amendment right to counsel, and it is estimated that nearly two-thirds of immigrants lack representation in removal proceedings.

1 Concord Law School is part of Purdue University Global, which is regionally accredited. Concord Law School is accredited by the Committee of Bar Examiners of the State Bar of California. Due to its accreditation by the Committee of Bar Examiners, Concord has the authority to offer a Juris Doctor degree that qualifies recipients to take the California Bar Examination and obtain admission to the practice of law in California.

Concord is not on the list of schools approved by the American Bar Association. The ABA Standards for the Approval of Law Schools currently do not allow for JD programs that are delivered fully online.

2 Except as provided in rule 4.30 of the Admissions Rules (Legal education in a foreign state or country), completion of a professional law degree program at this law school other than for the Juris Doctor degree does not qualify a student to take the California Bar Examination or satisfy the requirements for admission to practice law in California. It may not qualify a student to take the bar examination or to satisfy requirements for admission to the practice of law in any other jurisdiction. A student intending to seek admission to practice law should contact the admitting authority in the jurisdictions where the student intends to qualify to sit for the bar examination or to be admitted to practice for information regarding their legal education requirements.