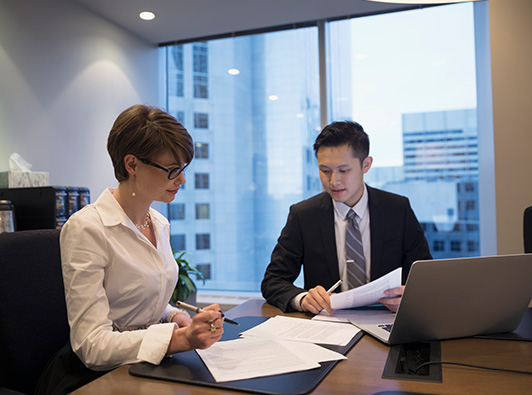 For 150 years, legal representation of veterans who were denied benefits by the Veterans Administration and its successor, the Department of Veterans Affairs, was virtually non-existent, due to a Civil War era cap of $10 on attorneys' fees per case. Congress repealed the fee cap in 2007, transforming what was a dormant paid practice area into a flourishing one that may be around for a long time to come.

Several facts and recent developments may enhance opportunities in this area of practice:

The initial claims process is administrative, followed by a judicial appeal, if necessary. Cases begin with the veteran filing a claim with the local VA office (there is at least one in each state) or alternatively, by filing online. Help in filing an initial claim is sometimes available from one of the veterans' service organizations, such as the Disabled American Veterans or the Paralyzed Veterans Association, or from a VA-recognized agent.

If the claim is denied, the veteran can file a Notice of Disagreement (NOD) with the local VA office within one year of the date the original decision was mailed. The NOD is a request that the claimant's file be reviewed by a Decision Review Officer (DRO) from the local VA office. This is the stage in the claims process where the possibility of private legal representation kicks in.

The DRO reviews the entire case file and may hold a hearing with the claimant and the claimant's representative. If the denial is upheld, the local office prepares a Statement of the Case (SOC), a detailed explanation of evidence, as well as the laws and regulations used by the VA to decide the claim. The SOC is then mailed to the claimant along with an Appeal Form.

The hearing is informal, non-adversarial, and permits the claimant to add evidence in addition to what has already been submitted. The hearing transcript then goes to BVA headquarters along with the appeal.

Veterans' claims representation is largely the preserve of sole practitioners and small law firms-although non-attorneys may also represent claimants. Attorneys and others who wish to represent veterans before BVA must submit an "Application for Accreditation as a Claims Agent or Attorney." The application asks for both personal and employment data, and also includes an extensive series of "character" questions. Once an affirmative determination of character and fitness for practice before BVA is made, Claims Agent applicants must achieve a score of at least 75% on a written examination as a prerequisite to accreditation. Attorney applicants do not have to take the examination, but must be in good standing with a state bar.

If denied initial eligibility for accreditation, there is no appeal. However, a rejected applicant may reapply.

One also does not have to be an attorney to represent veterans before the U.S. Court of Appeals for Veterans Claims. However, the representative must either be: (1) under the direct supervision (which includes presence at any oral argument) of an attorney admitted to the bar of the Court, or (2) employed by an organization chartered by Congress and recognized by the Secretary of Veterans Affairs for claims representation

The Veterans Benefits, Health Care, and Information Technology Act of 2006, Pub. L. 109-461 authorizes the Department of Veterans Affairs to regulate attorney qualifications and standards of conduct and to review fee agreements between attorneys or Claims Agents and claimants. Generally, a fee not exceeding 20% of the past due amount of benefits awarded is presumed reasonable.

Every state also has its own veterans' benefit programs. Many state programs supplement federal benefits and conduct hearings that roughly mirror those of BVA.

Each military service also maintains a number of administrative boards that hear appeals from military personnel and veterans regarding several different matters. The principal boards include:

While some of these boards do most of their business via document review only, there is always a need for expert assistance with the preparation of documents to be submitted.

There is a "content" affinity between Social Security Disability Income (SSDI) claims and veterans' disability claims, both being at the nexus of law and medicine. Any attorney or Claims Representative or Claims Agent should seriously consider practicing before both the Social Security Administration and BVA.