Opportunities for JDs and EJDs in Administrative Litigation: Medicare Appeals 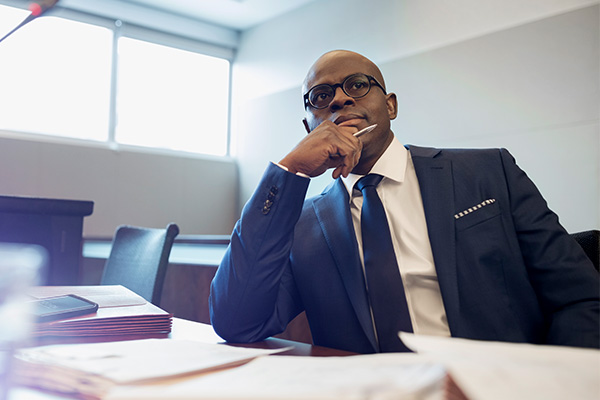 Medicare is the federal government's health insurance program for people age 65+, as well as certain disabled individuals under age 65 and anyone with end-stage renal disease (kidney failure in people who need dialysis or a kidney transplant). It consists of four major components:

Part A-Hospital Insurance, funded largely through payroll tax contributions. Part A covers inpatient care in hospitals and nursing facilities (except custodial or long-term care), as well as hospice and some home health care.

Part B-Medical Insurance, for which most recipients pay a monthly premium. Part B covers doctor visits and outpatient care, plus certain medical services not covered by Part A, e.g., physical and occupational therapy and some home health care expenses.

Medicare appeals is a growing and evolving practice, one that is likely to increase significantly due to the Baby Boom age wave. Each year, more than 1 billion Medicare claims are processed, and this volume is rising rapidly. Payments are approved for approximately 90% of claims at either the Level 1 or Level 2 determination stage (see below). Payment is denied for approximately 10% of Medicare claims, primarily because:

The potential numbers are stunning. A 10% denial rate translates to 100 million claims denied; currently, only around 100,000 of these-one-tenth of 1%-are appealed! The 99.9% of claims not appealed represents an untapped potential of massive proportions. The reasons why the overwhelming majority of individual Medicare claimants do not appeal is that they:

(1) tend to trust the decisions of institutional authorities such as insurance companies and supposedly independent government contractors,

(2) lack sophistication to jump through the necessary bureaucratic hoops to challenge denial of a claim,

(3) are often elderly and to some extent intimidated by the "system," or

(4) do not always understand their appeal rights.

Sixty-five percent of Medicare Parts A, B, and C claims are fully or partially approved on appeal, and 40% of Part D claims win on appeal. The reasons for these reversal rates on appeal are rather apparent. Initial claims determinations (Level I) are performed by Medicare insurance carriers who would have to pay out the money if the claim were approved. Level 2 reviews are conducted by private contractors to the insurers. They, of course, also have a financial incentive to deny claims if they want their contracts with the Medicare carrier to be renewed. Little wonder, then, that there is a Level 1 and Level 2 bias against claimants.

Medicare appeals must be heard within 90 days, a timeframe more favorable to practitioners than the SSDI appeals process.

Like SSDI, Medicare appeals practitioners and claimants do not have to travel to one of these four appeals offices in order to have their cases heard. Virtually all Medicare hearings are conducted via videoconference at one of hundreds of video-teleconference (VTC) sites. In the rare instance when a VTC site is not available, an ALJ may authorize a telephone hearing.

Medicare cases can go through five levels of determination. A claimant files an initial claim (Level 1) that, if rejected, goes to automatic reconsideration (Level 2). If the claim once again rejected, either the claimant or the "Appointed Representative" can request a Level 3 hearing before an OMHA ALJ. Level 4 is a Medicare Appeals Council review, and Level 5 is judicial review in a U.S. District Court.

The Medicare appeals process varies somewhat depending on which Medicare Part an appeal is filed under, as well as whether an individual or institution is filing the claim.

To the extent that Medicare appeals are handled by attorneys, they are largely the province of sole practitioners and small law firms. However, some larger law firms provide these services to their institutional health care clients who are pursuing disputed reimbursement claims.

There is a natural, almost seamless process and evidentiary rules affinity between SSDI claims and Medicare appeals, thanks to the Administrative Procedure Act. If you decide to practice in one area, it may make sense to expand your practice to the other one.

Concord Law School cannot guarantee employment or career advancement. Not all professions mentioned above are possible with an EJD degree. "Private practice" implies a law practice. This requires earning a JD degree, passing the California state bar, and complying with all other testing, continuing education, and other licensing requirements as set by the specific state where an individual wishes to practice law.